Motorola Moto C Plus Will Launch In India On June 19 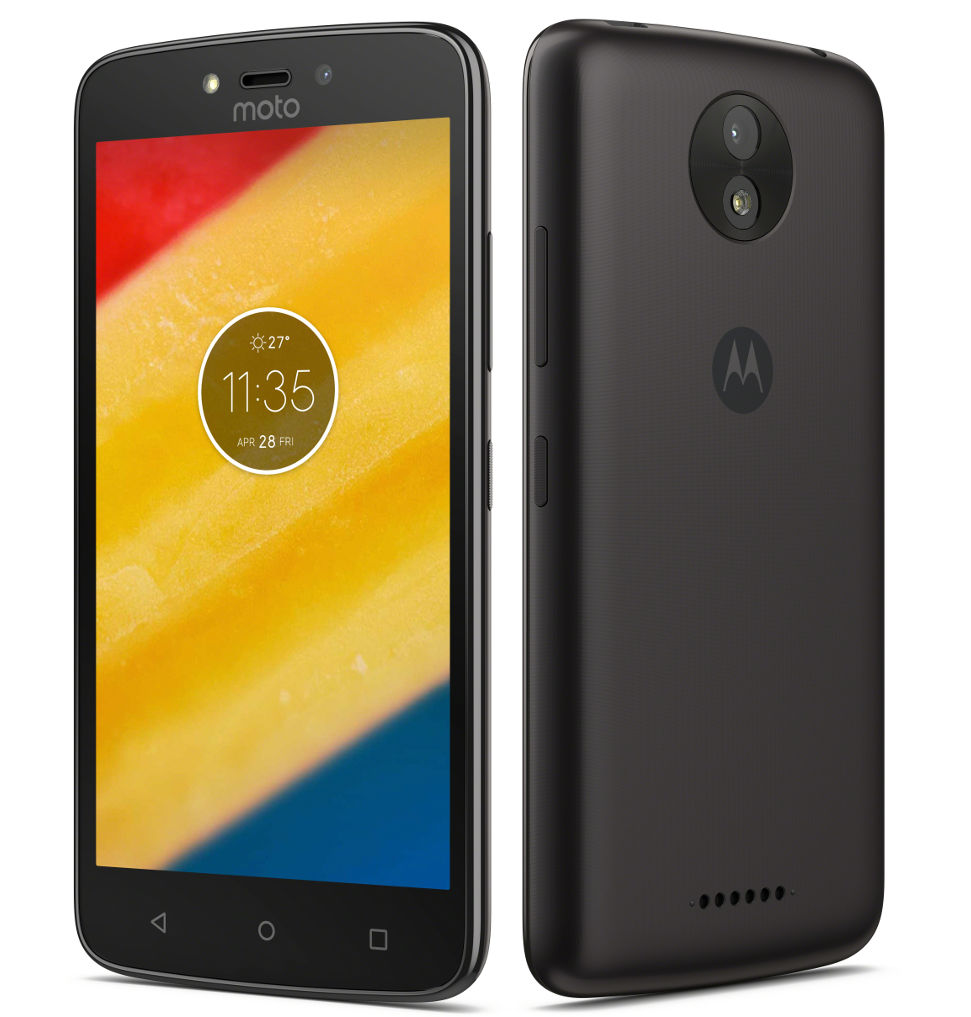 Lenovo is all set to launch Moto C Plus India and invite for the event has already been rolled out. The company will launch this handset at an event which is going to be held in New Delhi on 19th June, 2017. Before Moto C Plus, the company recently started pushing Moto C  through its offline distribution network this month only. The Moto C is currently retailing for 5,999 INR across the country. 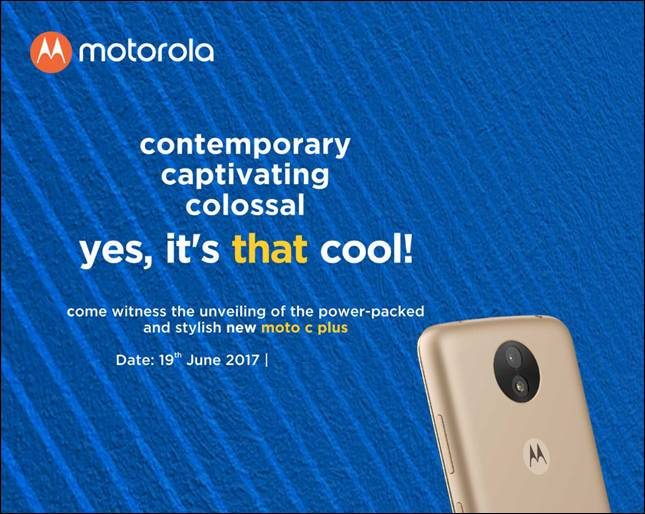 If we talk about the specifications of Moto C Plus, it comes integrated with 5 inch HD display and has 64-bit 1.3GHz quad-core MediaTek MT6737 CPU clubbed with Mali T-720 GPU and 1GB/2GB of RAM.

Moto C Plus is powered by 8MP autofocus rear shooter with LED flashlight, f/2.2 aperture and capable of HD video recording. It also bears a 2 MP frontal camera which also comes with LED flash so that you can capture workable shots even in low light situations.

There is 16GB of onboard storage and an expandable memory via microSD card slot that supports by up to another 32GB. This Android 7.0 Nougat based Moto C Plus is equipped with juicy 4000mAh battery with 10W rapid charge. Connectivity features include 4G VoLTE, 3G / HSPA+, EDGE / GPRS, Wi-Fi 802.11 b/g/n, Bluetooth 4.2, GPS, Micro USB port and 3.5mm audio jack.

You can get this handset in Metallic Cherry, Pearl White, Fine Gold and Starry Black color variants and price for the same is expected to be unveiled at the launch event by the company.