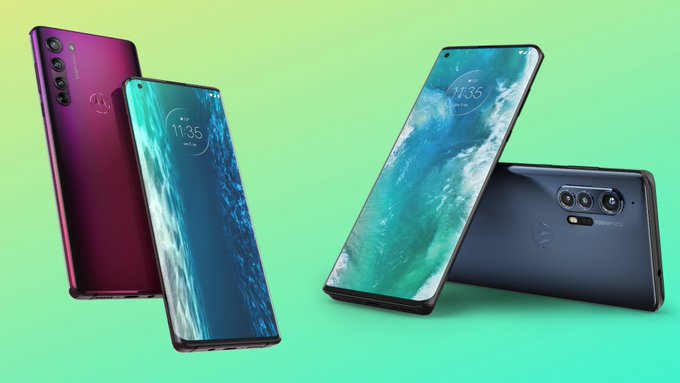 Years after producing mid-range smartphones Lenovo-owned Motorola has thrown its hat into the flagship ring as it launched the Motorola Edge Plus on Wednesday. The smartphone has all of the specs and features that are characteristic of the contemporary flagship phones from the premium brands.

First up, let’s talk about the Motorola Edge Plus. The smartphone features a 6.7-inch full HD+ OLED display which is the largest ever in the Motorola lineup to date. The display slides to the edges with 90-degree curvature and distinctively flaunts 90Hz refresh rates, 21:9 aspect ratio, and HDR10+ certification.

Under the hood, the Motorola Edge Plus packs the latest Qualcomm Snapdragon 865 SoC mated to 12GB LPDDR5 RAM and 256GB UFS 3.0 default storage minus the expansion support, however.

The triple rear-camera setup is led by a whopping 108MP f/1.8 primary sensor which is clubbed with a 16MP f/2.2 ultra-wide sensor with a 117-degree field of view, an 8MP 3x optical zoom telephoto sensor with OIS support. A ToF camera is also thrown into the mix.

The back camera can shoot 6K videos at 30 fps. For the selfies and video chatting, the smartphone wields a 25MP f/2.0 top-left aligned punch-hole camera. 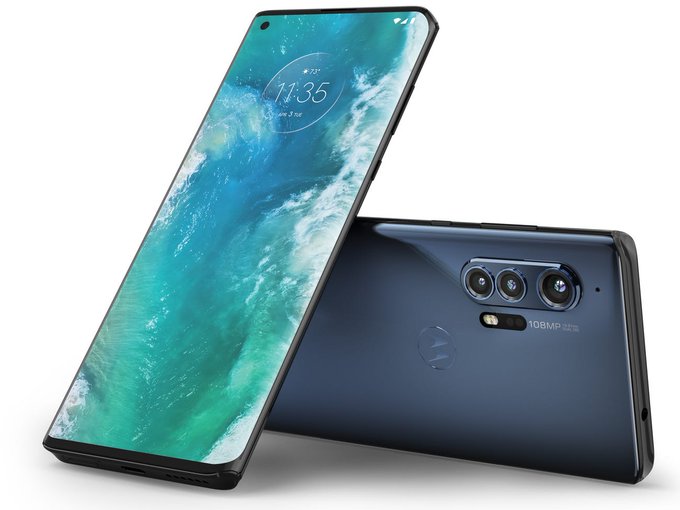 A 5,000mAh battery is stacked inside aided by 15W in-built charger, 15W wireless charging, and 5W reverse wireless charging technologies. To stretch the battery life to up to 2 days Motorola has deliberately kept the display resolution at FHD+ instead of QHD+ found on the other premium devices from different manufacturers.

While there is USB Type-C port to rapid charge the battery Motorola has also stuck to the traditional 3.5mm headphone jack. The fingerprint scanner is an optical one and is embedded in the display. The phone also comes with stereo speakers, the loudest ever on any phones as claimed by the company.

The Motorola Edge Plus boots stock flavored Android 10 and is easy to use thanks to gesture support on the edges of the phone.

Talking about the regular Motorola Edge, it is identical to the Motorola Edge Plus in looks and display-wise. Nevertheless, its specs are pared down compared to its Plus version.

The Motorola Edge is kitted with a less powerful Snapdragon 765 SoC mated to 6GB RAM and 128GB internal storage. However, unlike the Plus version, the Motorola Edge has the storage expansion support of up to 1TB via microSD card.

Also, the battery on Motorola Edge is smaller, rated at 4,500mAh with 18W Turbo Charge tech support. There is no wireless charging support.

Regarding the phones making their way to the Indian market, Motorola is yet to spill the beans. Hopefully, there will be an announcement in this regard once the lockdown due to the COVID-19 outbreak is lifted in the country.