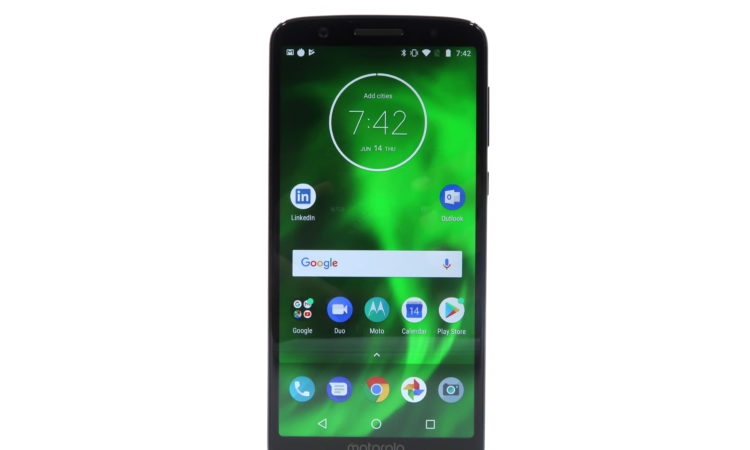 Motorola renews the Moto G line-up of smartphones every year and every year the line-up brings something new to the table. This year Motorola launched the Moto G6 with a few upgrades. There’s a new 18:9 screen and you can choose from options of 3GB/32GB and 4GB/64GB. 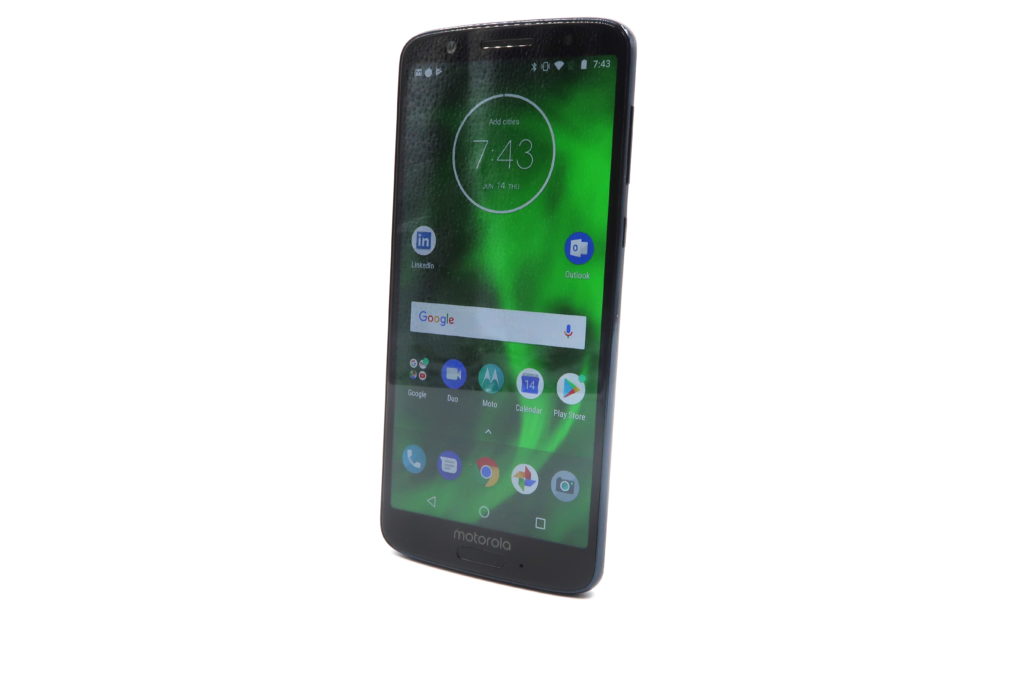 All the Moto G phones have had a great build quality and same goes for the design. It comes with a scratch-resistant Corning Gorilla Glass 3 back and it is a 3D contoured back for a comfortable grip.

The front of the phone, as mentioned, has an 18:9 1080 x 2160 pixels IPS panel which is protected by Corning Gorilla Glass 3. Above the display, you’ll find an earpiece, a front facing camera, sensors and a LED flash for taking selfies.

The lower side of the front houses the Motorola branding along with the fingerprint scanner which is now a bit skinnier than it used to. You will also find a hole for the microphone here. 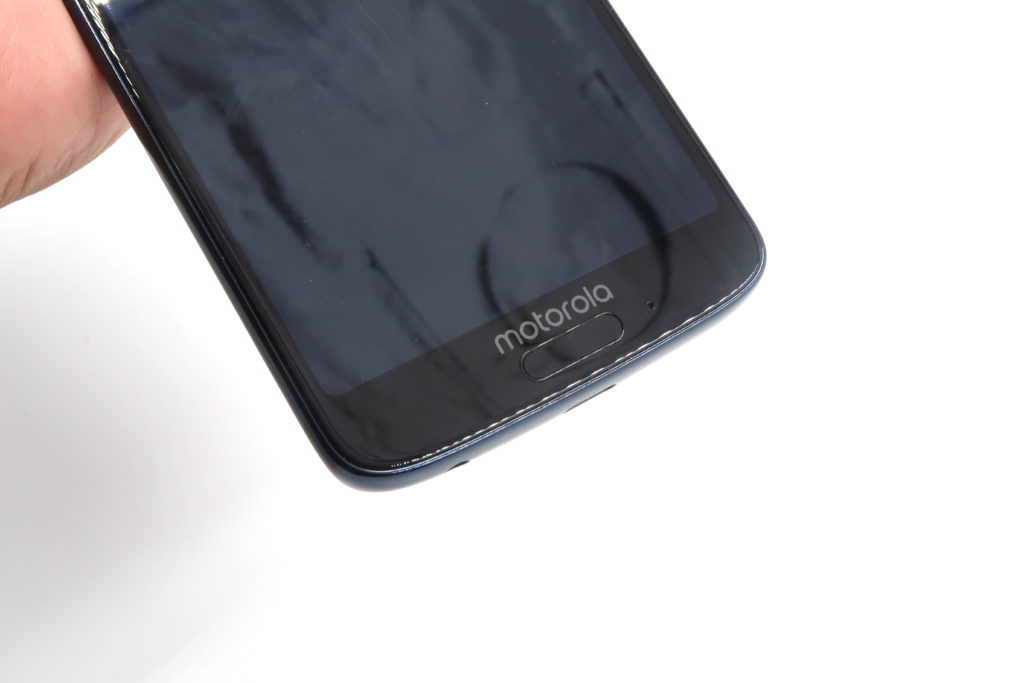 Turn the phone around and you will see the dual camera setup along with the dual-tone LED flash. The back has nothing else apart from the Motorola logo and camera module. The camera module does look like an emoji which actually looks nice. 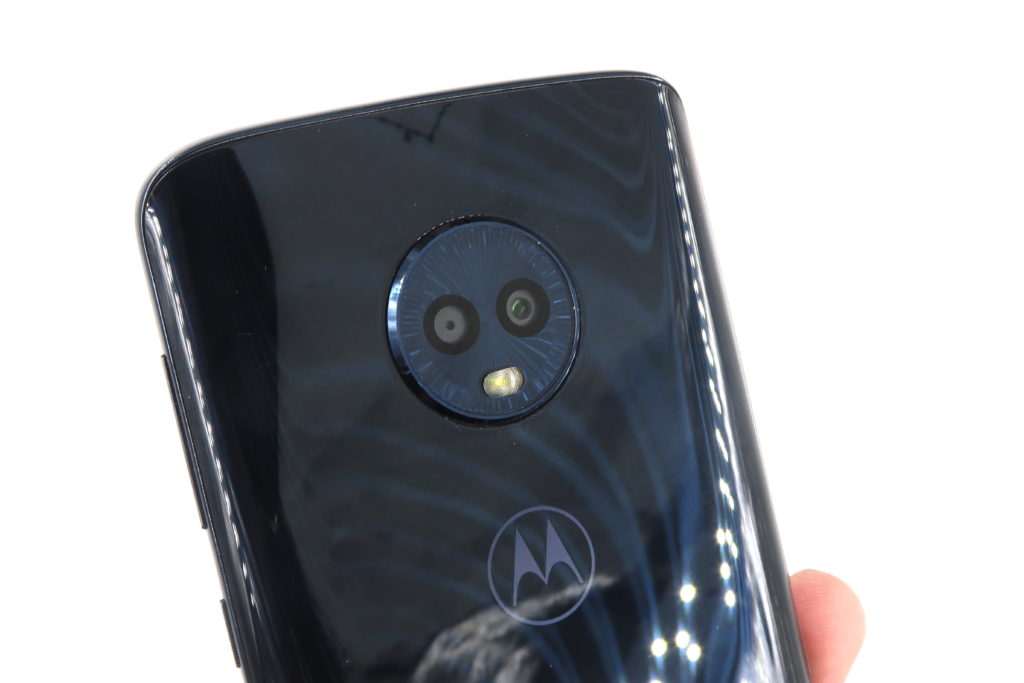 The right edge houses the power button along with the volume rocker. The left side is empty and there’s nothing on there.

The top of the phone houses the SIM tray and the bottom of the phone has a 3.5mm audio jack along with a USB Type-C port for charging and data syncing. 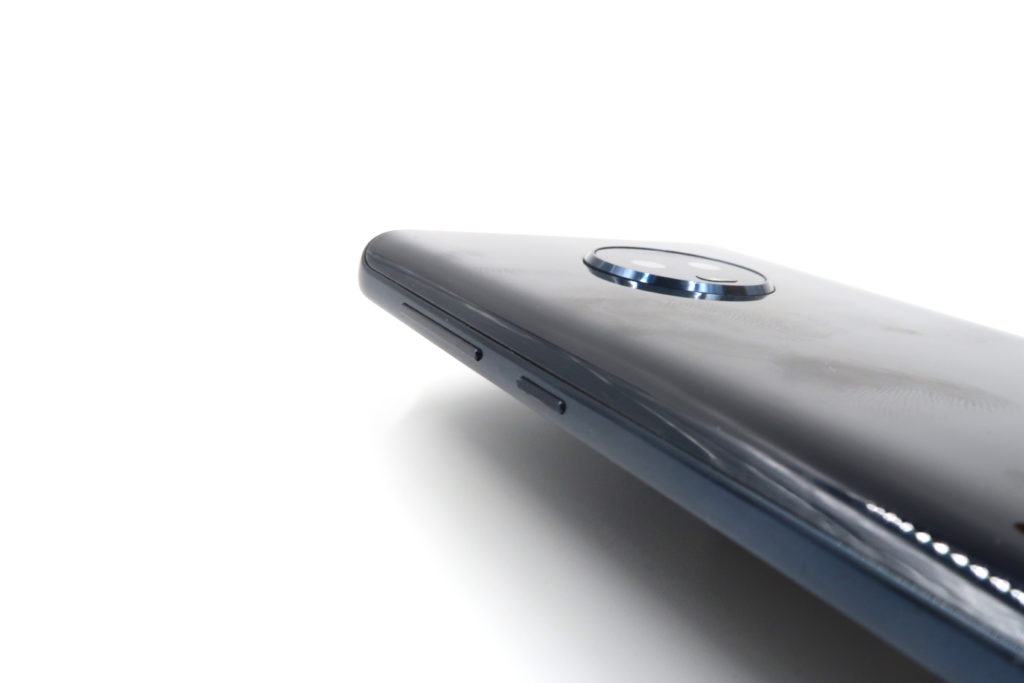 The Moto G, as mentioned above, has a 5.7-inch 1080 x 2160 pixel IPS panel. The screen has an aspect ratio of 18:9. Also, you will see that the screen has rounded corners just like the ones you see on LG G6. Being an IPS panel, the display is quite vibrant and has a pixel density of 441ppi. The screen covers 75.2% of the front and that’s pretty much it. 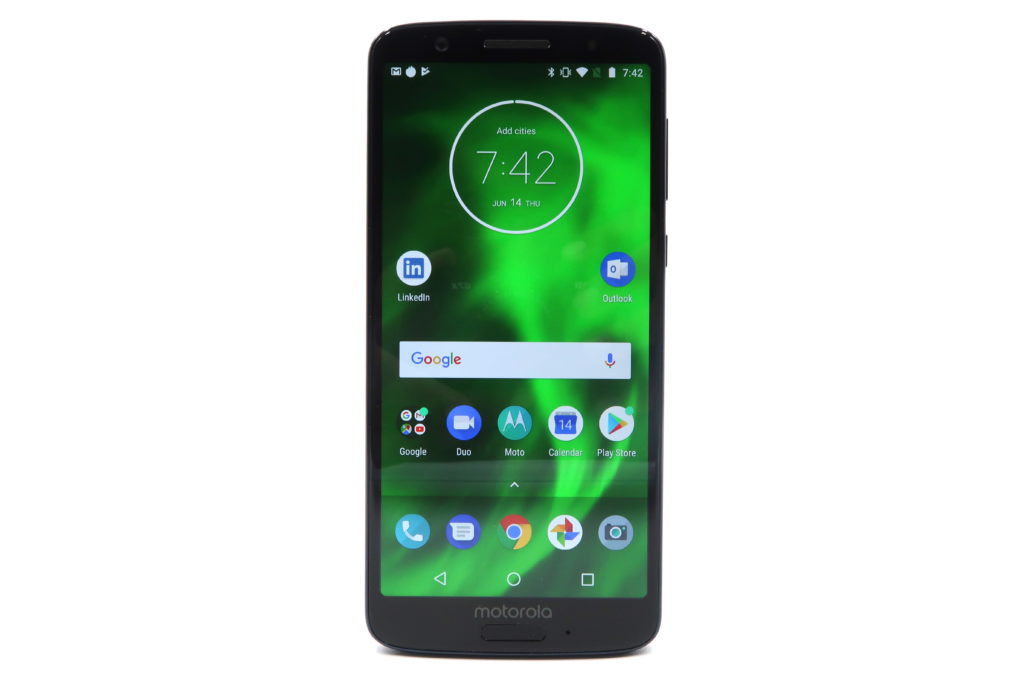 The rear has a dual camera setup of 12 MP + 5 MP with an aperture of f/1.8. The camera is supported by PDAF for focusing on subjects. For low light photography, you have the dual-tone LED flash which works quite well. The photos taken from the rear camera setup are quite decent but the low light photos can be a bit grainy. Having said that it is still behind the competition when it comes to the back camera. 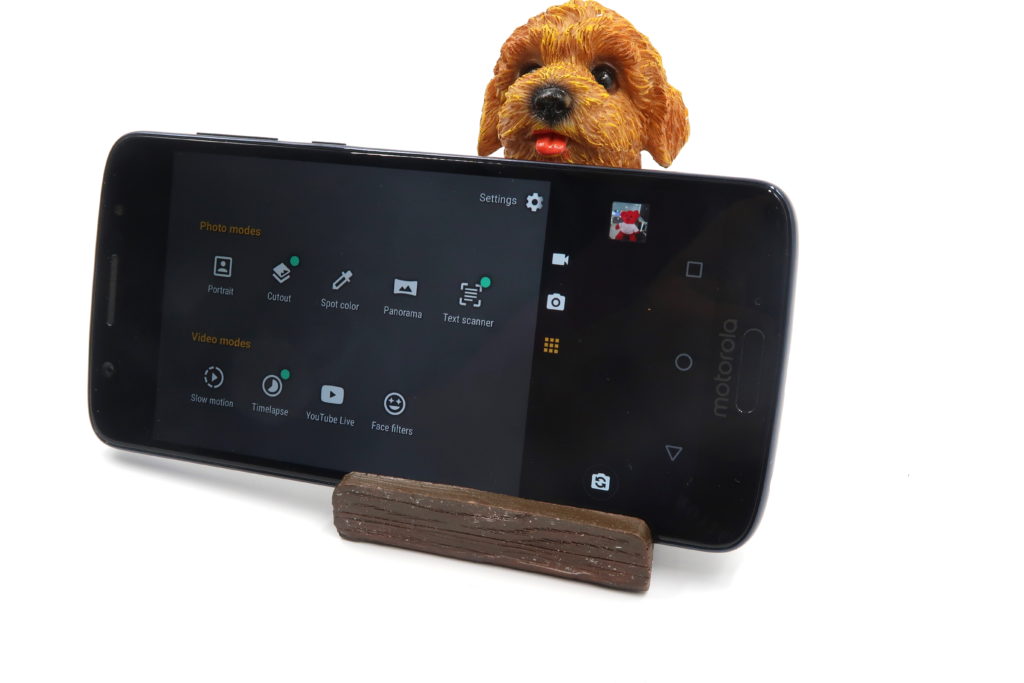 Coming to the front camera, the phone has a front camera of 8 MP with an aperture of f/2.2. Moto has also provided a LED flash for the front camera which is a feature that will be liked by selfie enthusiasts. Selfies were average and could have been better. Again, the front camera is not the strong point of this smartphone. The company needs to improve the camera and we believe with future software updates it will get better.

The phone runs on Qualcomm Snapdragon 450 chipset and the CPU is clocked at 1.8GHz. It is an Octa-core processor. The GPU on this thing is an Adreno 506 which works well with modern games. You will see a few frame drops but apart from that, you will be able to play high-end games on this phone easily. 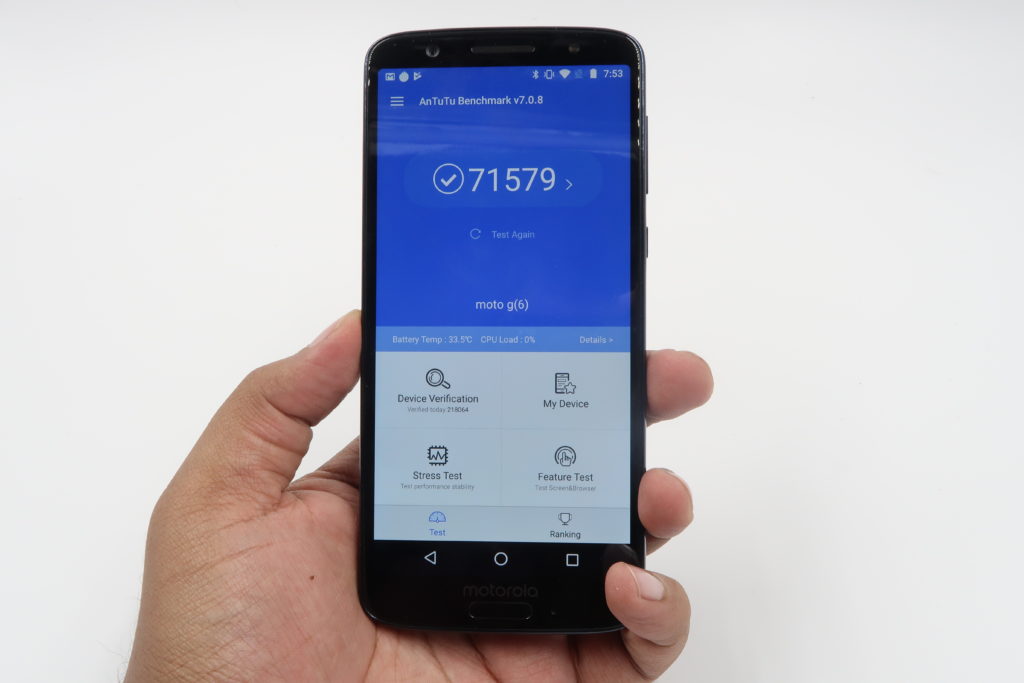 Expandable storage is available and you can expand the storage up to 256GB using a micro SD card (dedicated slot). 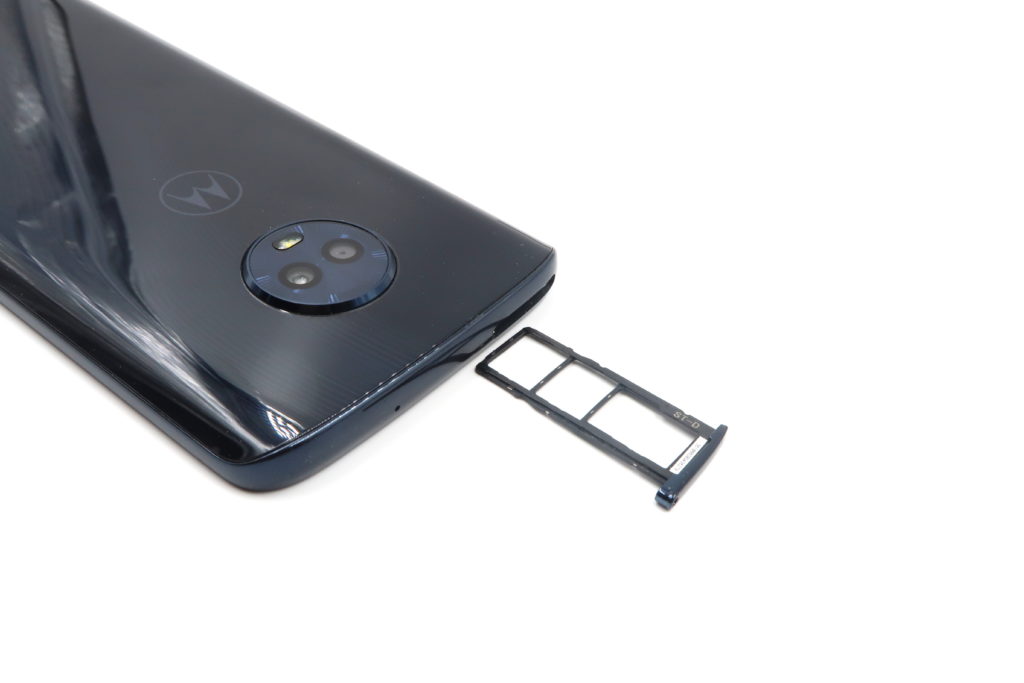 Performance wise, the phone is good and it can easily run apps without freezing or stuttering. Don’t expect a flagship level performance though.

Coming to the battery life, the phone has a 3000mAh battery which can be turbocharged using the 15W TurboPower charging adapter that comes inside the box. 30 minutes of charging gives the phone a charge of 0 to 43% and it takes around 1.5 hrs to charge it fully.

The phone has a good battery life and can easily last a full day of usage on a single charge. 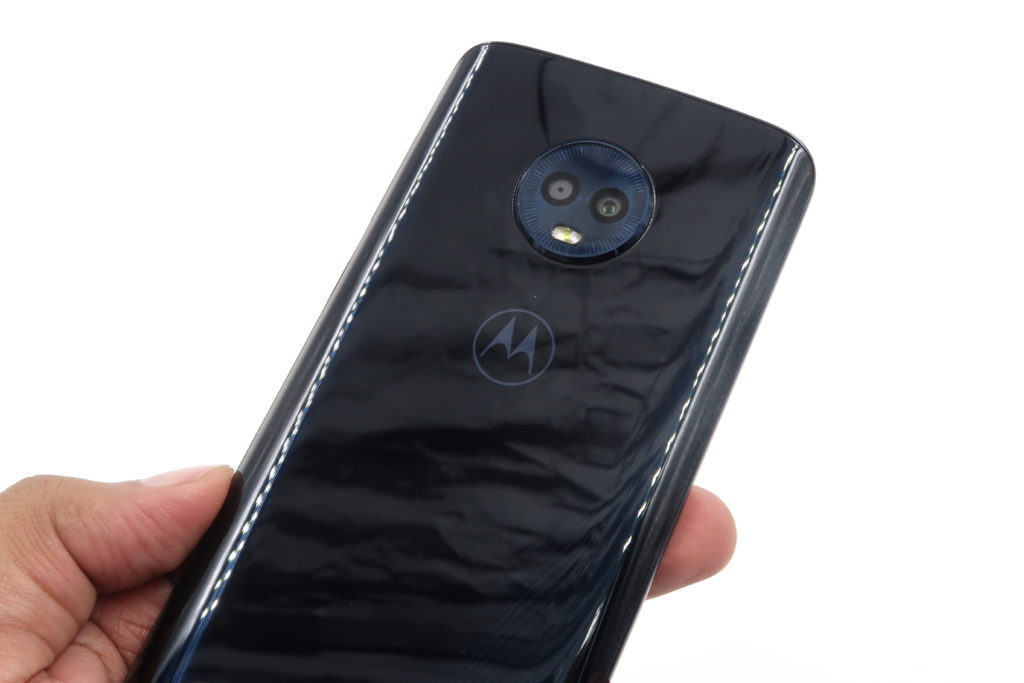 The phone runs on Android 8.0 Oreo and things are very close to stock Android on the device. Motorola has just added a few of their apps for a few features on the phone and that is everything that has changed about it in terms of software.

There’s an option to enable Face Unlock and you also have Moto actions in form of gestures where picking up the phone will stop the ringing and chop twice for turning on the flashlight. These are simple features but they work really well and are really useful. You do get all features like moto actions, moto display, moto voice etc which you might have seen in previous devices. Personally, we really like all the moto software features.

The Moto G6 is a good smartphone available at a decent price. But with competitors using better chipsets at the same price range, they might lose some sales from smartphone enthusiasts moving to different brands. Even still, the Snapdragon 450 isn’t bad at all. The RAM options are 3GB and 4GB. Simple users can pick up the 3GB RAM version while people who want to game on the phone can easily go for the 4GB version.

If you want a stylish looking smartphone running Stock Android under 15,000 INR, then Moto G6 is a good option.

If you want a stylish looking smartphone running Stock Android under 15,000 INR, then Moto G6 is a good option.