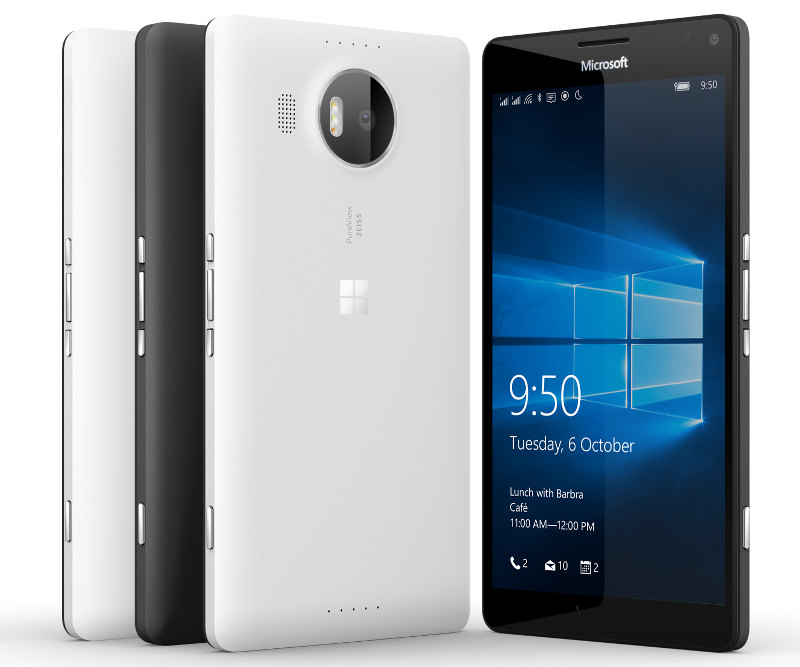 Lumia 950 includes a 5.2 inch QHD AMOLED clearblack display with Corning Gorilla Glass 3 layer on top. It has a 20MP rear camera with OIS, triple RGB flash and 4K video recording and also a 5 MP frontal snapper with full HD video recording.
Lumia 950 is equipped with Hexa Core Qualcomm Snapdragon 808 processor coupled with 3GB of RAM, 32GB of ROM and a microSD card slot which supports up to another 200GB. It is powered by 3000mAh removable battery with fast charging technology.
Lumia 950 XL

Both these Lumia smartphones will be available in single SIM and dual SIM variants. Lumia 950 and Lumia 950 XL will be rolling out starting from November in Black and White color options.