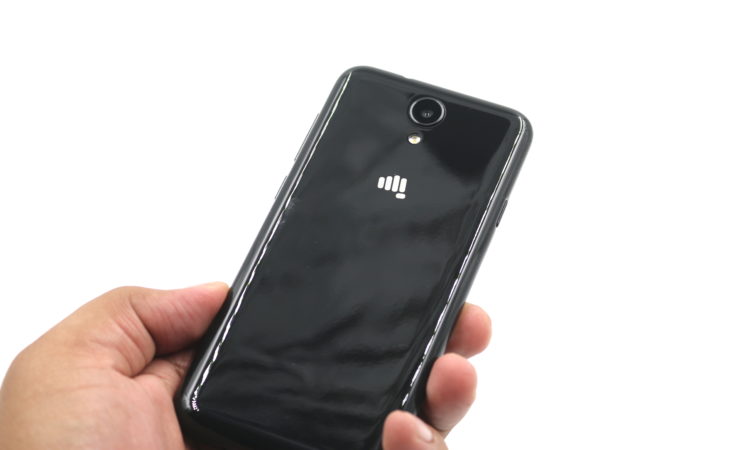 Micromax Bharat Go was announced back in May of this year and the phone brought Android Go to India. Micromax partnered with Airtel to provide the phone with a bunch of offers in the “Mera Pehla Smartphone” offer and the company provides a cashback of Rs. 2000 making the price effectively to be Rs. 2399 instead of the original Rs. 4399 that the phone is priced at.

Since it runs Android Go, it comes with Android Oreo (Go edition) which means the OS has been scaled down to work on lower specifications. For a price of Rs. 2399 with the Airtel offer, the phone definitely is a great value for money but how does it perform in real life? Let us find out in this review of the Micromax Bharat Go.

Micromax Bharat Go reminds me of the Micromax Canvas A1 which was one of the first Android One phones ever released due to its small form factor and design. The body is made up of polycarbonate which means it is made out of plastic. But Micromax has made sure that the phone has great build quality which it does. It has a small form factor and feels solid in hands for sure. 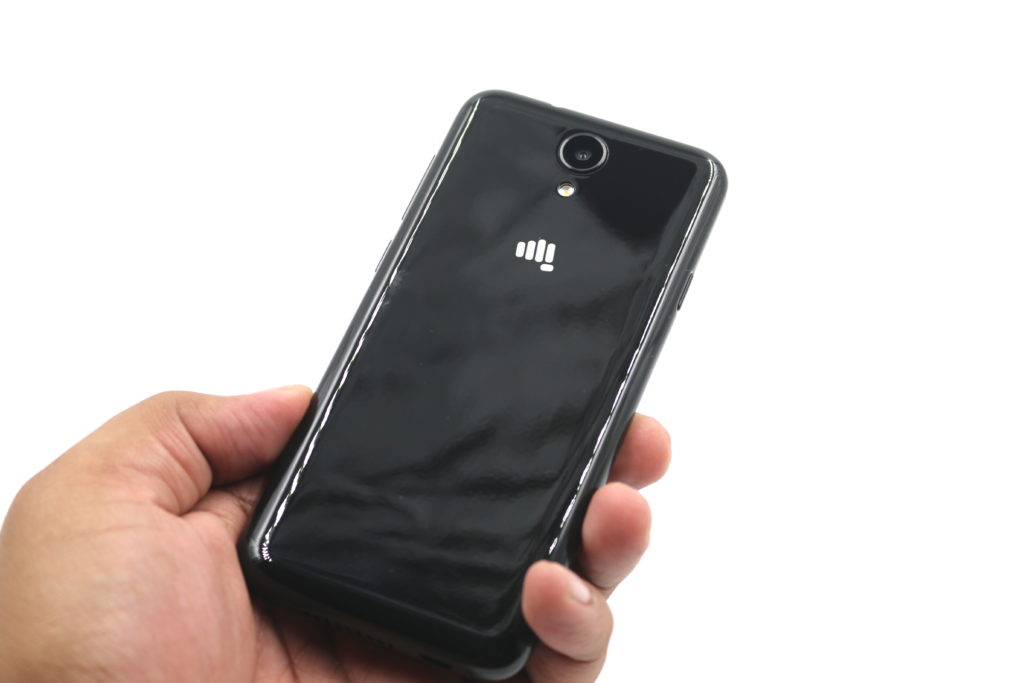 Coming to the design, the design of the phone isn’t something that is out of this world. It is a normal chocolate bar design and on the front, the phone has a 4.5-inch display which has an aspect ratio of 16:9. Above the display, you will find the earpiece, the front-facing selfie camera, and the single LED flash. The phone also has touch capacitive buttons on the front for the basic Android back, home, and recents operation and since the navigation buttons are hardware based, you save a lot of screen real estate by not having software buttons.

Turning the phone around will reveal the 5MP camera with the dual tone dual LED flash. Below the camera and the LED flash, you will find the Micromax branding that is the only branding placed on the phone. The phone has a glossy body which some might love while some might prefer having a plain matte texture. 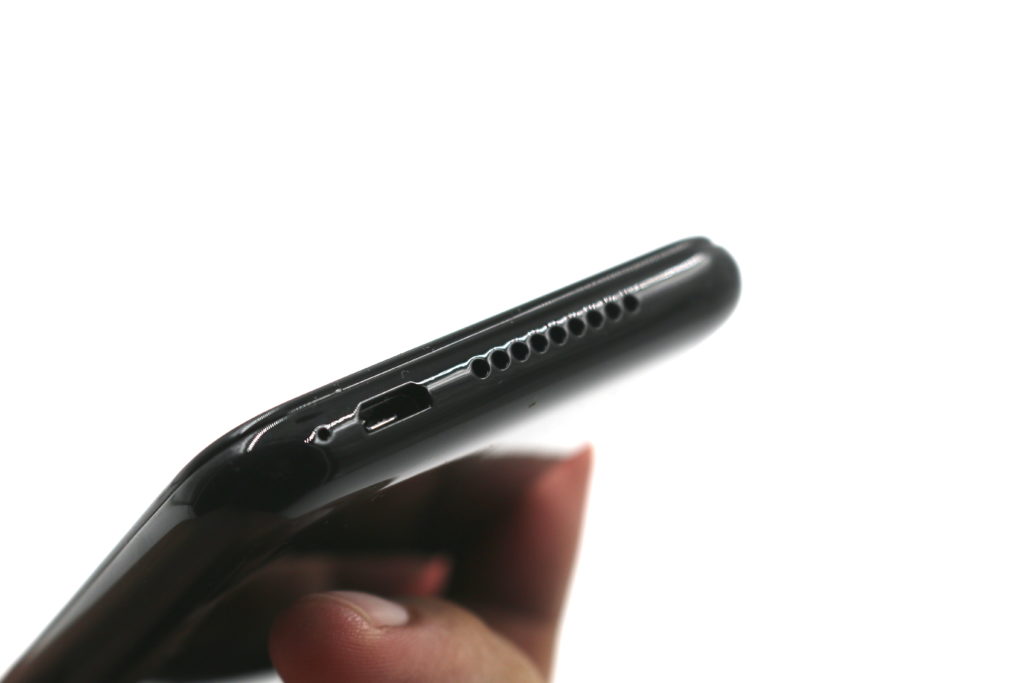 The right side of the phone houses the power, lock and unlock button along with the volume rockers. The phone has a removable back which means you can open it up and take out the battery, the SIM cards, and the microSD cards. This is a very rare thing to see in smartphones in 2018 for sure. 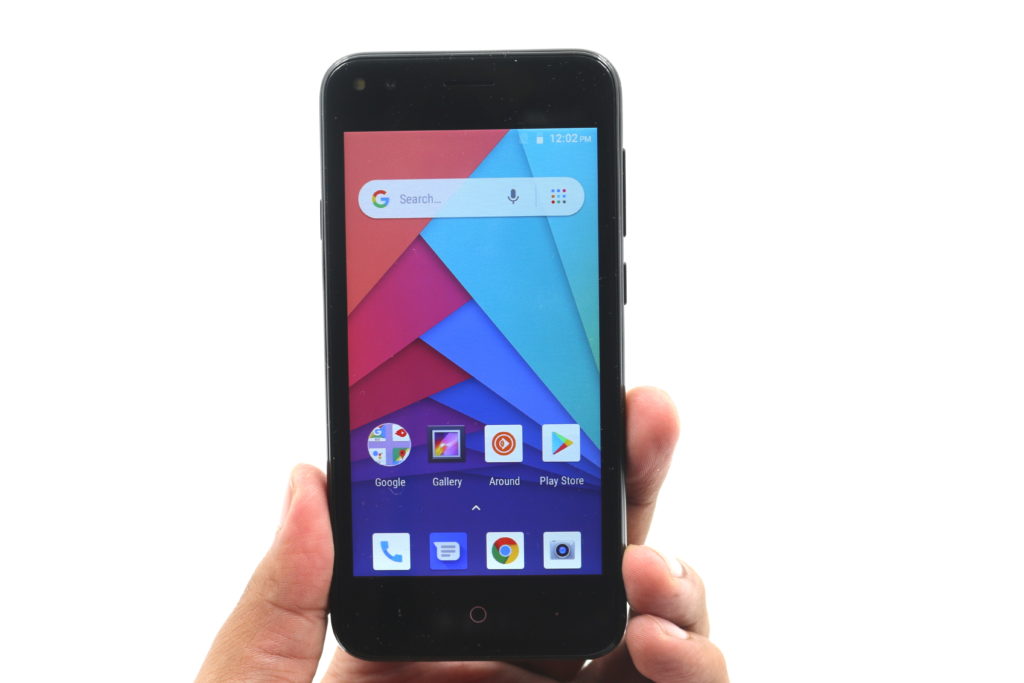 Coming to the display, the display of the phone has nothing special to offer and at the price that the phone retails, asking for anything else will be rather unfair. It has a 16:9 4.5-inch display with a resolution of 480 x 854 pixels. This converts into a pixel density of about 207ppi which is OK for a smartphone of this size and price segment. It gets the job done but don’t expect the display to blow your mind since this is a budget phone.

The phone sports a rear camera of 5MP which comes with a dual LED dual-tone flash. Pictures taken on the phone were nothing special and the camera app performed a bit slow. The photos have decent levels of details in them and the low light performance is also average if not very good. The phone also takes time focusing on things and focusing on subjects in low light is very finicky as well.

Coming to the front, the phone has a 5MP sensor on the front as well and it can be used to make video calls and to take selfie photos. The front camera is supported by a single LED flash to help you take selfies in low light conditions. 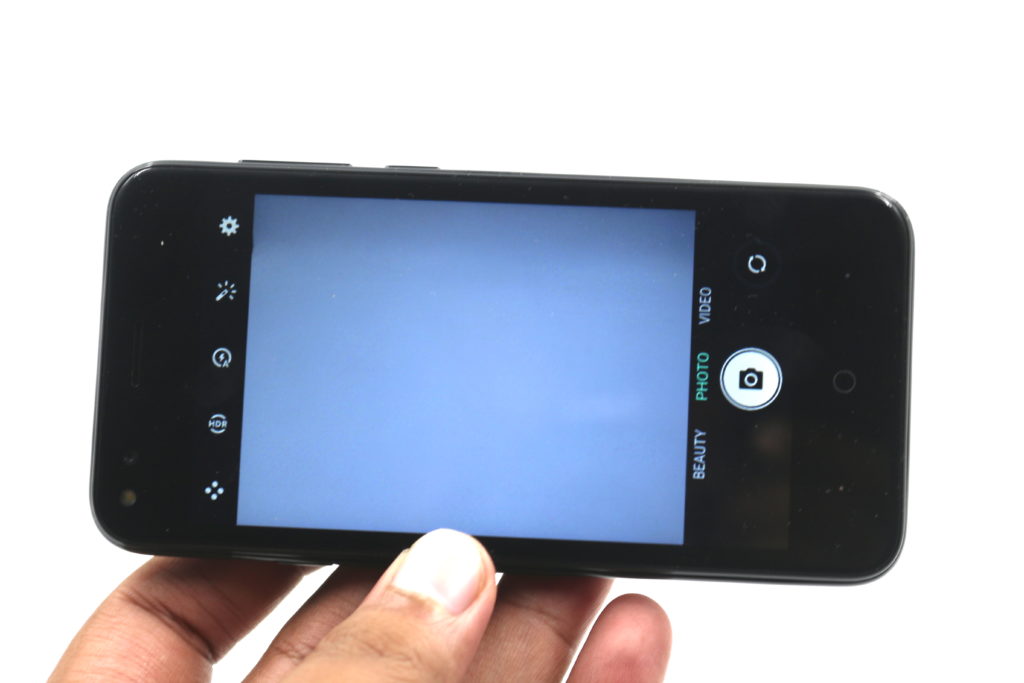 Since the phone runs on Android Oreo Go, don’t expect it to have any sort of extra features in the camera app. The camera app is quite basic with options to take photos and videos and that is all. The videos taken from the rear camera are in a 480p resolution which is understandable.

Ever since Android Go was announced, we knew that this version of Android was supposed to be developed for low-end smartphones that would be cost effective. The Android Oreo (Go edition) that runs on the phone is quite different from the Android Oreo we have all come to know.

It has scaled down list of features and comes with Go version of the popular apps like YouTube Go, Files Go, Maps Go and more. The Maps Go edition also supports A-GPS based navigation which was only announced a few weeks ago by Google. This makes the Bharat Go one of the most trusted smartphones by the Cabbies in India due to the small price point and features.

Android Go performs great on these phones and with the launch of Android 9 Pie Go, the Bharat Go will become a much better phone since Android 9 Pie is great in terms of smooth UX. 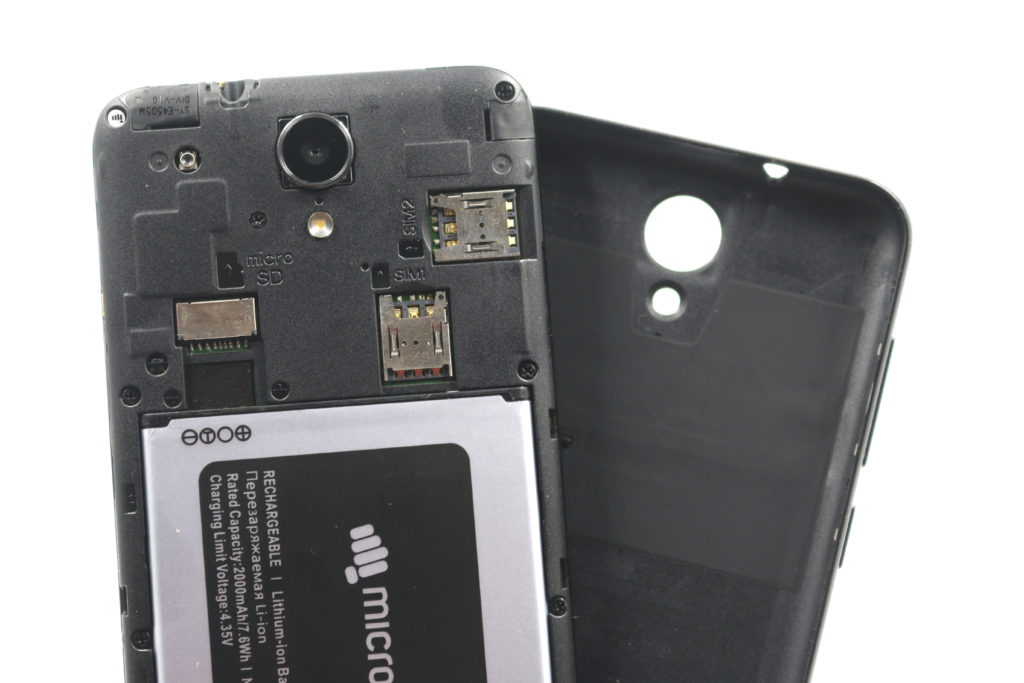 The phone has a 1.1GHz Mediatek MT6737М which is a very old processor from MediaTek but that makes it a great choice for this smartphone because of the low price point. It is coupled with 1GB RAM which is enough and the phone performs OK when used for day to day usage like calling, texting and more. Don’t expect a great amount of performance when it comes to gaming since this phone was never meant to be a gaming engine. It can run smaller games like Subway Surfers and Temple run but that’s about it.

Coming to the battery life, the phone has a removable 2000mAh battery which provides more than enough juice for the phone to run on. Since the phone has a low pixel density of 207ppi, the screen doesn’t eat up too much battery. The phone can easily deliver a day of battery life on a single charge of 100%.