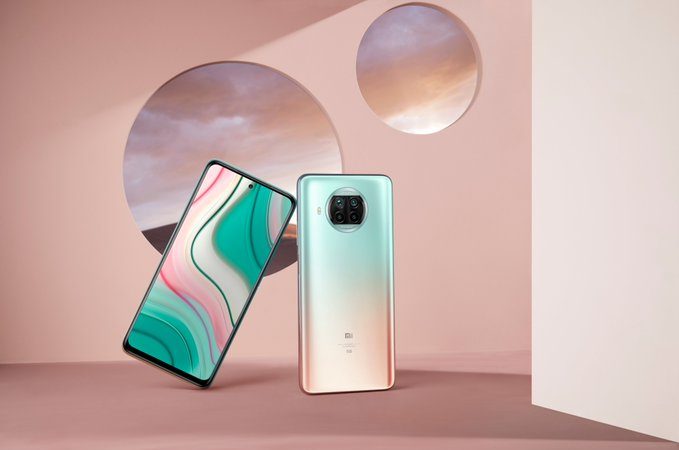 Following a lot of hype, Xiaomi has finally launched the Mi 10i smartphone in India, advertising it as a “Made in India” device. So, understandably, ‘i’ in the moniker stands for India.

The Mi 10i comes with a whopping 108MP quad camera and is the first phone in India to be using a Samsung HM2 sensor. Besides that, the 5G-ready smartphone comes with a Qualcomm Snapdragon 750G SoC onboard.

The Mi 10i in India will be available in three variants starting January 7 (noon) via Amazon India, Mi.com, Mi Home, and Mi Studio stores. The open sales will commence on January 8, though.

The Mi 10i comes with a 6.67-inch full HD+ notched display with LCD technology. The display is equipped with a 120Hz adaptive sync refresh rate, 450 nits of peak brightness, and NTSC 84 percent color gamut. It also gets HDR10+ support and TUV Rheinland certification for eye protection.

The phone is made up of glass and is protected by Gorilla Glass 5 both at the front and back. At the same time, it features an IP53 splash-proof rating. 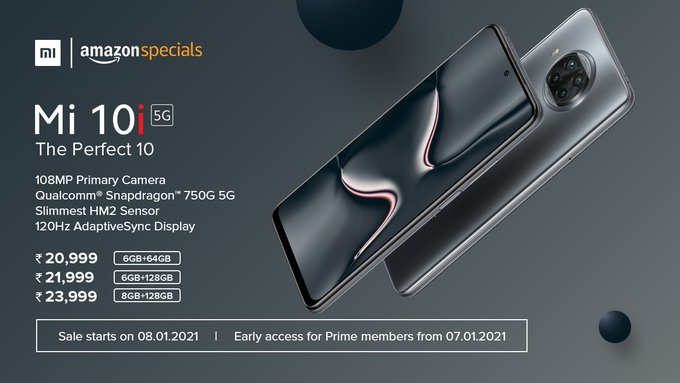 The Mi 10i derives its stamina from an 8nm Snapdragon 750G SoC mated to Adreno 619 GPU, up to 8GB RAM, and up to 128GB internal storage. On the software side of things, the smartphone boots MIUI 12 based on Android 10.

There is a 4,820mAh battery that fills to 68 percent in 30 minutes thanks to 33W fast charging support. Full 100 percent charge is ensured in 58 minutes only.

However, it is the camera section of the Mi 10i where the major action lies. A quad-camera setup at the back is the recipient of a 108MP Samsung HM2 sensor, which ties in with an 8MP ultra-wide sensor with 120-degree FoV, a 2MP macro sensor, and another 2MP depth sensor. The rear camera is capable of shooting videos at 4K resolution.

On the selfie front, there is a 16MP camera, equipped with several selfie-enhancing modes, including the Night Mode. The front camera offers a full HD video recording option.

The Mi 10i is positioned as an affordable addition to the Mi 10 lineup of smartphones; however, with an eye to counter the OnePlus Nord, with is currently pretty much dominating the sub-INR25,000 price bracket in India.