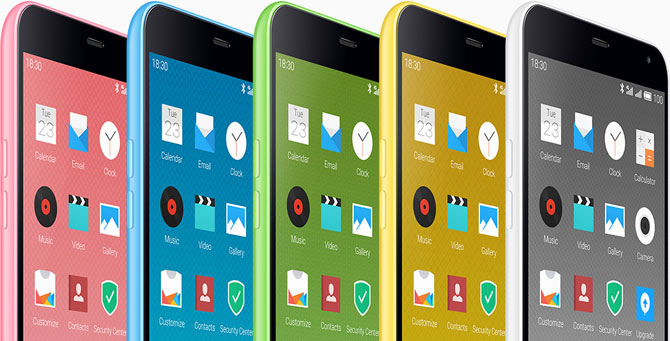 After the huge success of Xiaomi in India, another Chinese smartphone manufacturer, Meizu has finally made its debut in India today. The company first tweeted an image from its Twitter account @Meizu_India which says “Are you OK? “5.18 See! See!” The company has actually taken a dig at its rival Xiaomi with the words “Are you Ok?”

The company launched the M1 note phablet. It  is a 5.5-inch device which offers full HD display and is protected by Corning Gorilla Glass 3. It is powered by a 1.7 GHz Octa-core MediaTek processor with 2GB of RAM. It is a dual SIM phone which features a 13 MP rear camera with dual tone LED flash and Samsung sensor. There is a 5 MP front camera for clicking selfies. The phone is backed up by a 3140 mAH battery which offers 40 hours of 2G talktime and 12 hours of 4G usage. There is no microSD card slot and it comes in two variants which are 16GB and 64GB storage variants.

There is no news on the price of the device but, it is expected that it will cost under INR 10k. The device will go on sale from May 20, 2015 from 2pm. It will exclusively be available on Amazon.