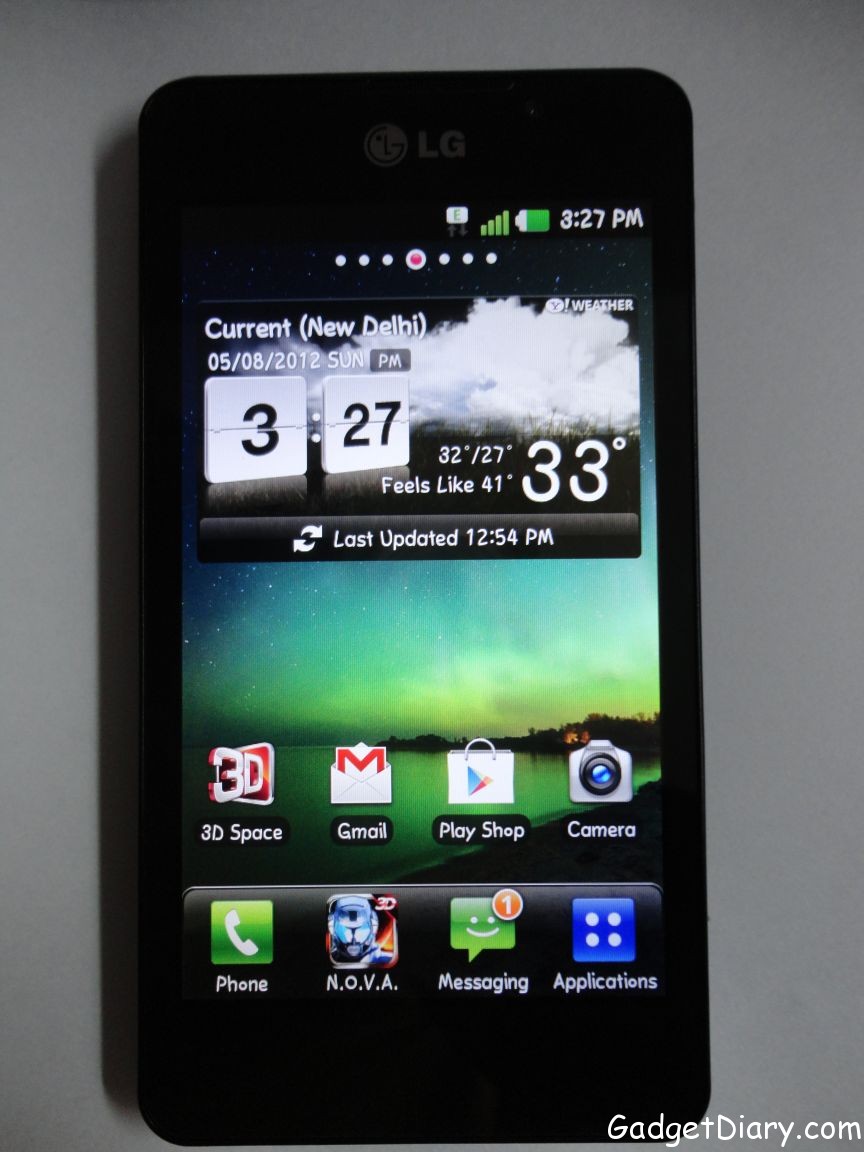 LG Optimus 3D Max is one of the few 3D smartphones available in the Mobile Market. The phone is developed by LG and it is the second phone in Optimus 3D series. By introducing this phone in the market, LG have indicated that they are interested to develop the 3D mobile technology and also have shown interest to introduce something new to the smartphone market. LG optimus 3D Max Offers Glasses-Free 3D. 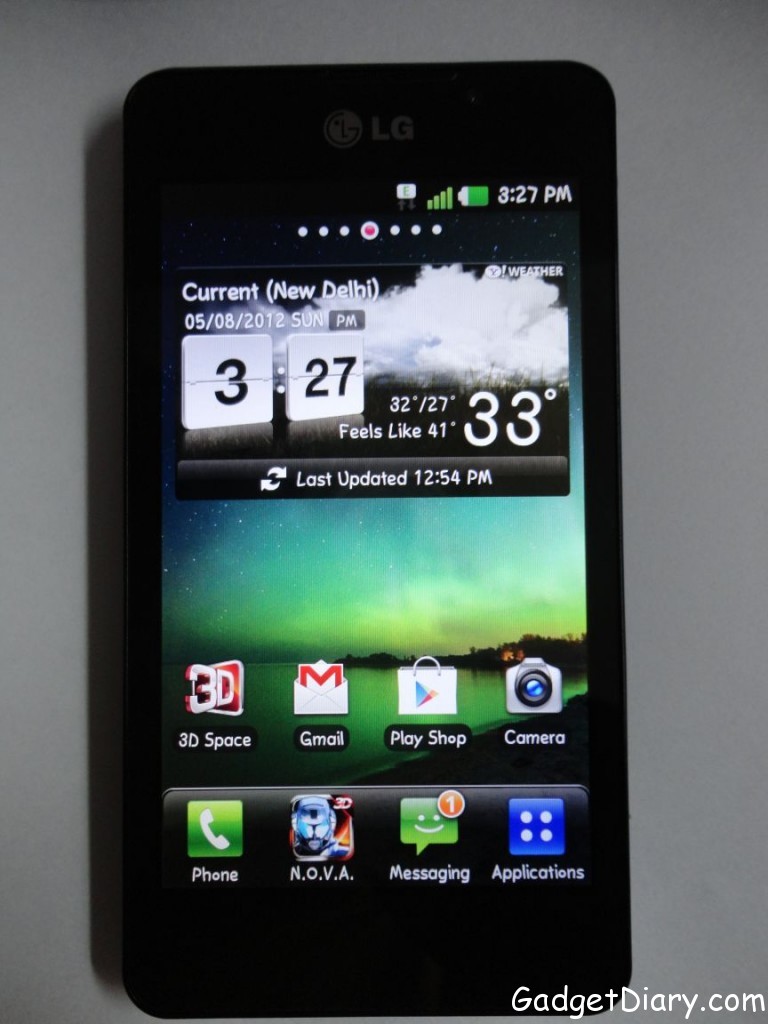 During the release of Optimus 3D Max there was a buzz in the tech community whether other companies would release 3D phones or not. As of now, it is very clear that only LG are developing and designing these 3D smart phones. Optimus 3D Max is not just a 3D phone but it has lot more to offer to its users. We got the Device for review purpose & last week we did the unboxing of LG optimus 3D max. We really like the 3D capability of the phone and you can watch 3D movies, record 3D videos, play 3D games and much more without any problems.

Optimus 3D Max has an impressive 4.3 inches 3D LCD capacitive touch screen with 480×800 pixels resolution. This gives the phone a 217 ppi pixel density which is quite impressive. The display supports 16M colors and it comes with corning gorilla glass 2 protection. Once you start watching 3D videos on it you would realize that the LG optimus 3D Max really have an awesome display. We really liked the LG 3D UI or user interface. On the top of display we have the centrally located earpiece, a VGA camera for video calling and a proximity sensor. 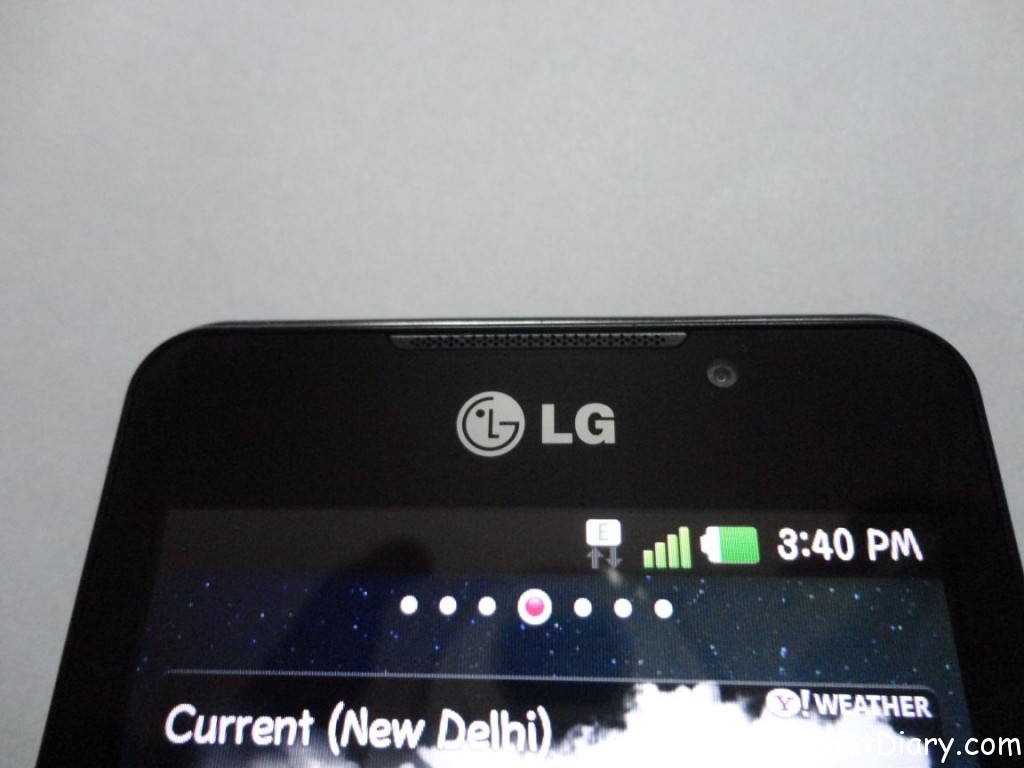 Below the display we have 4 touch buttons for menu, home, back and search. 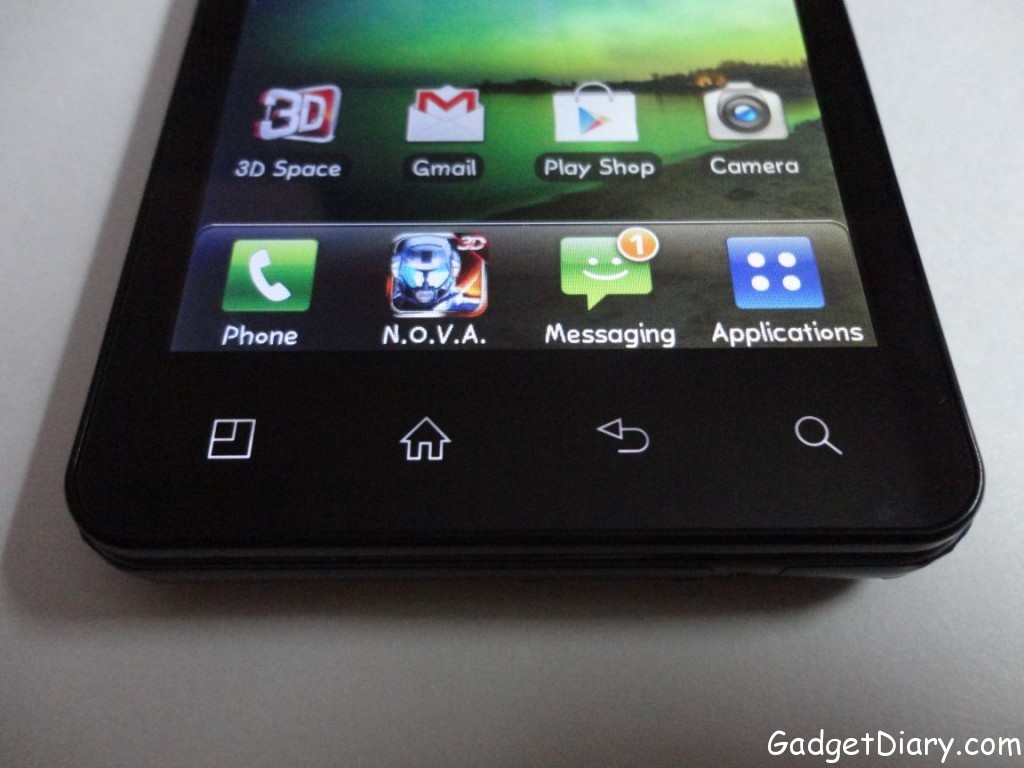 The device is quite light and slim as compared to LG optimus 3D. The device has a dimensions of 126.8×67.4×9.6 mm and the device weighs around 148g.  On the Back side we have a dual 5MP camera and a speaker. 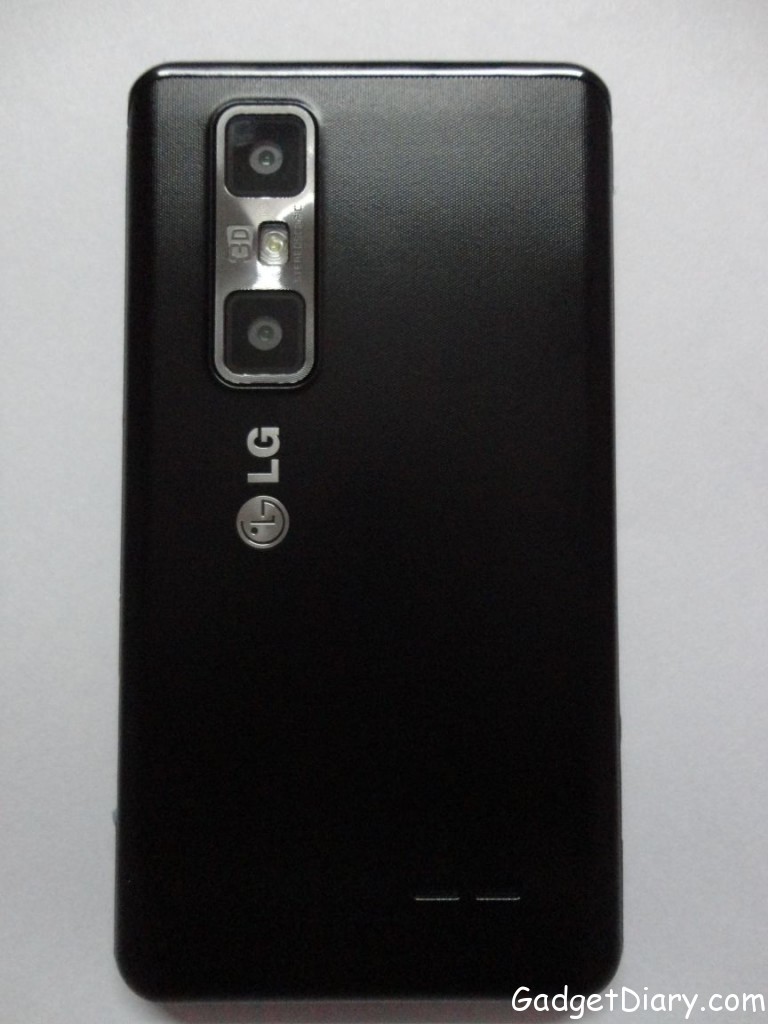 The speaker is present at the lower right corner on the backside of the phone. 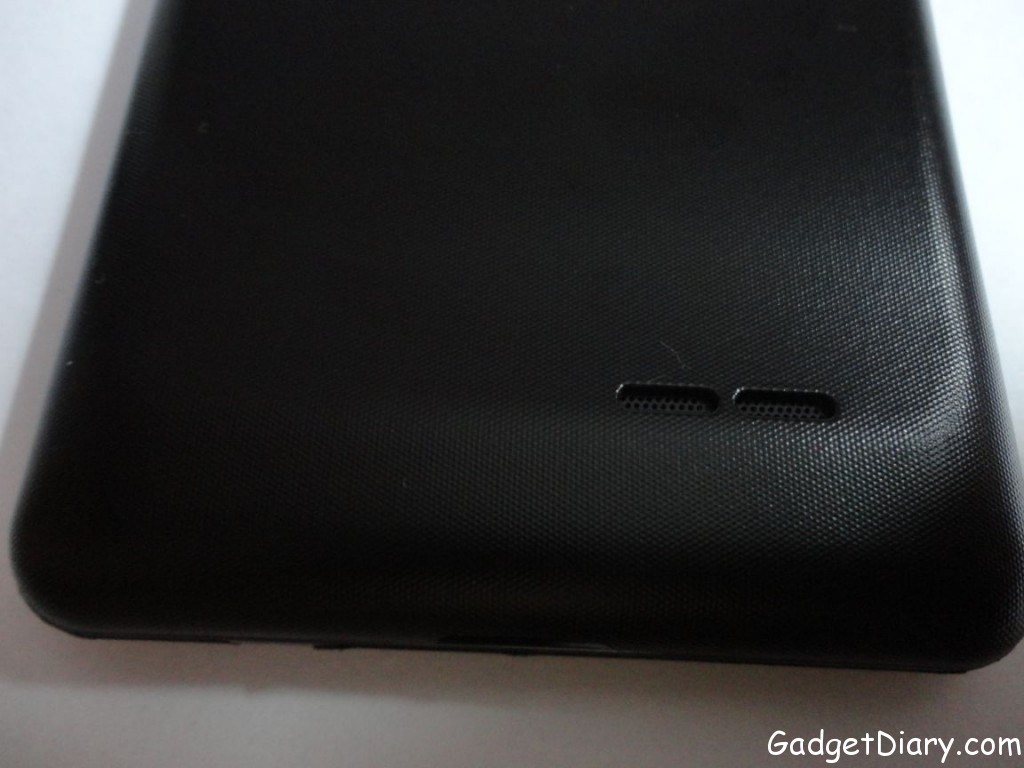 On the top we have a power/lock key and the 3.5mm Audio jack. 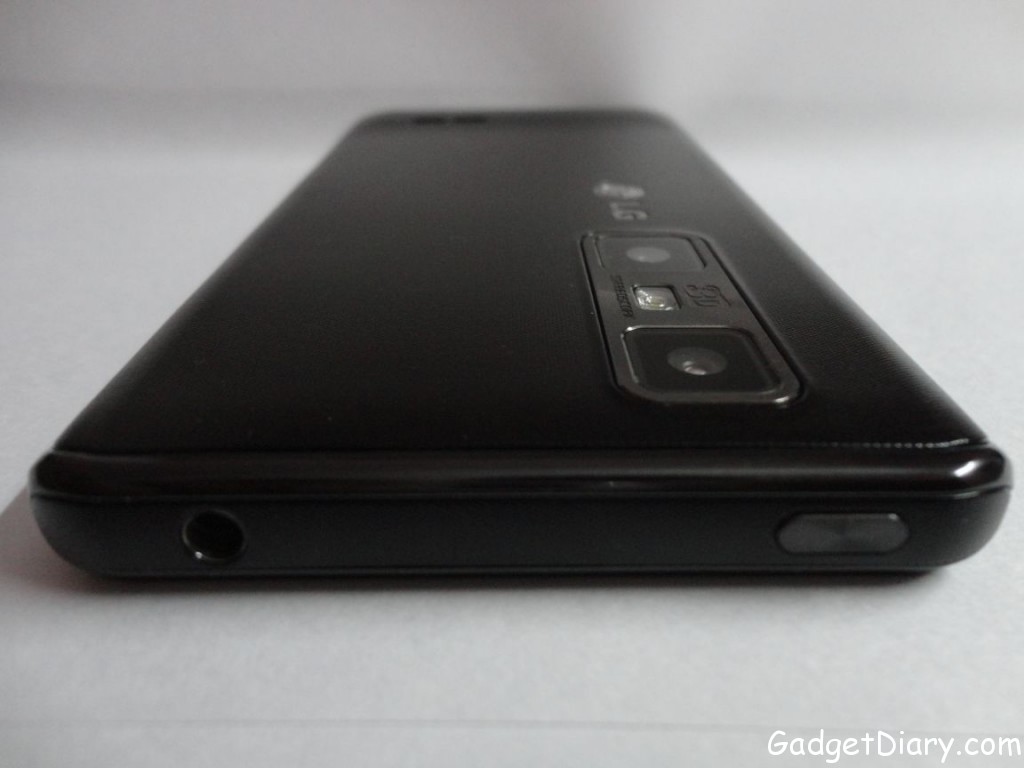 On the left side we have the Volume rocker and the Micro usb Port. 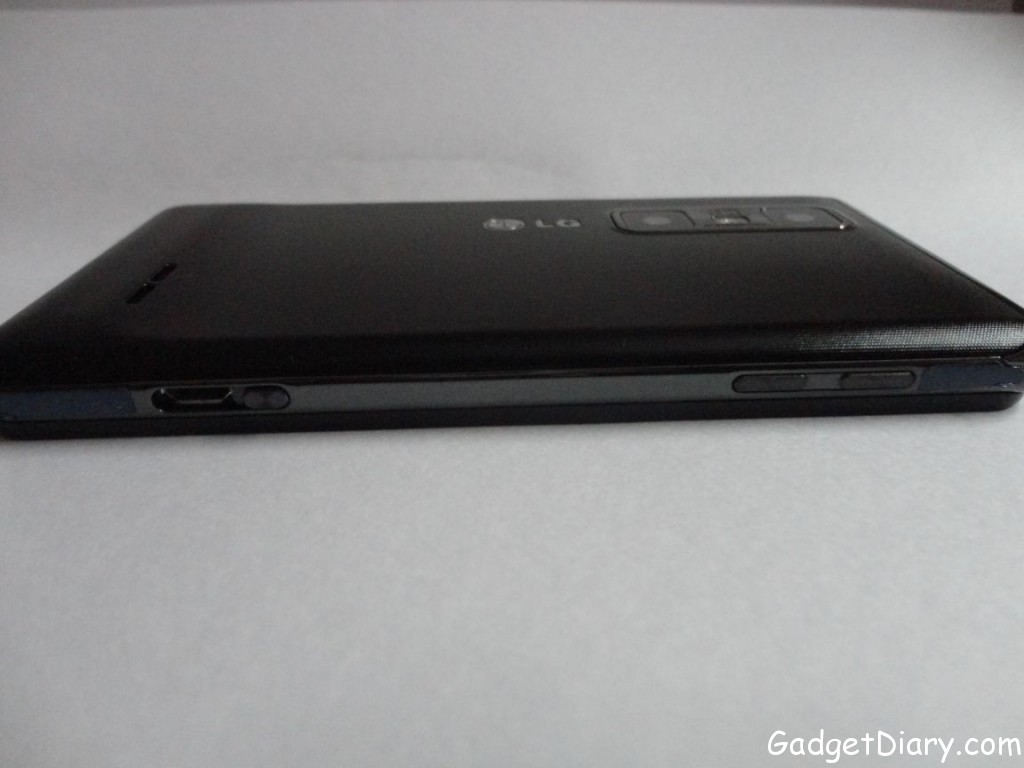 On the right side we have dedicated 3D key for accessing the 3D space application in the phone. 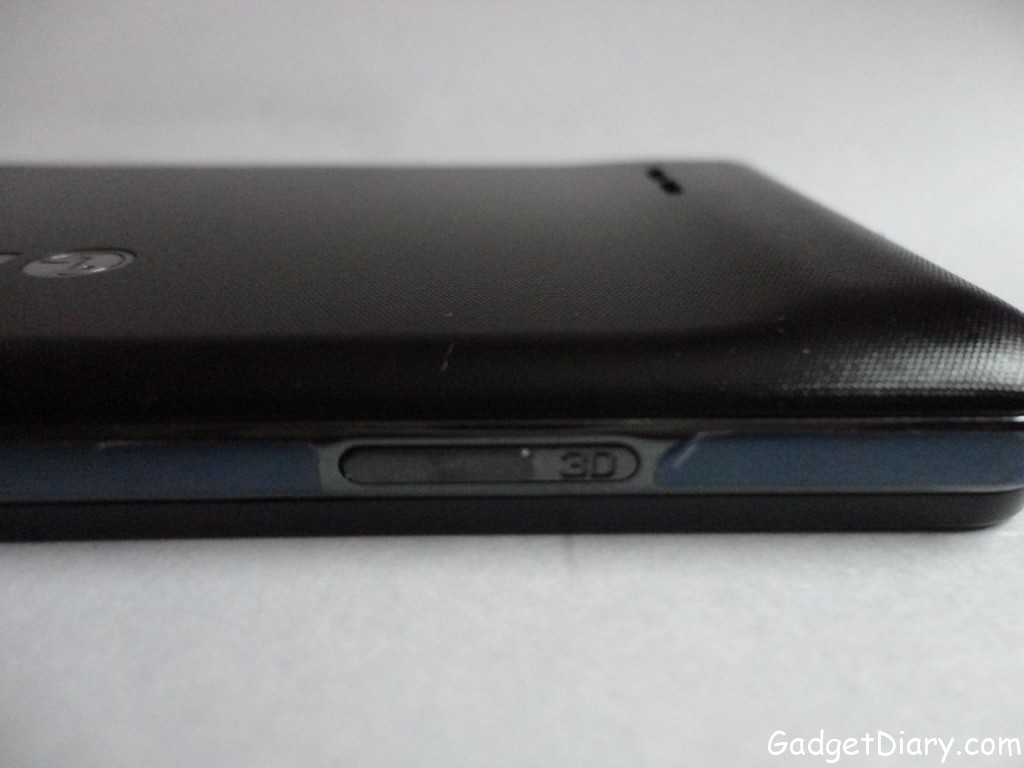 Optimus 3D Max has a Dual core Cortex A9 Processor which is clocked at 1.2GHz. The device has a TI OMAP 4430 chipset and a PowerVR SGX540 GPU for effective graphical experience. The device also has a whooping 1GB RAM. Due to presence of powerful processor and sufficient RAM multi-tasking or multi-application usage in the device is done quite smoothly. It can run any application or game from the google play store without any problems.

The device has an impressive dual 5 MP camera which captures images at 2592×1944 pixels. The camera has an added ability like autofocus, geo-tagging, Stereoscopic photos and videos, out focusing shot and also has a LED flash. 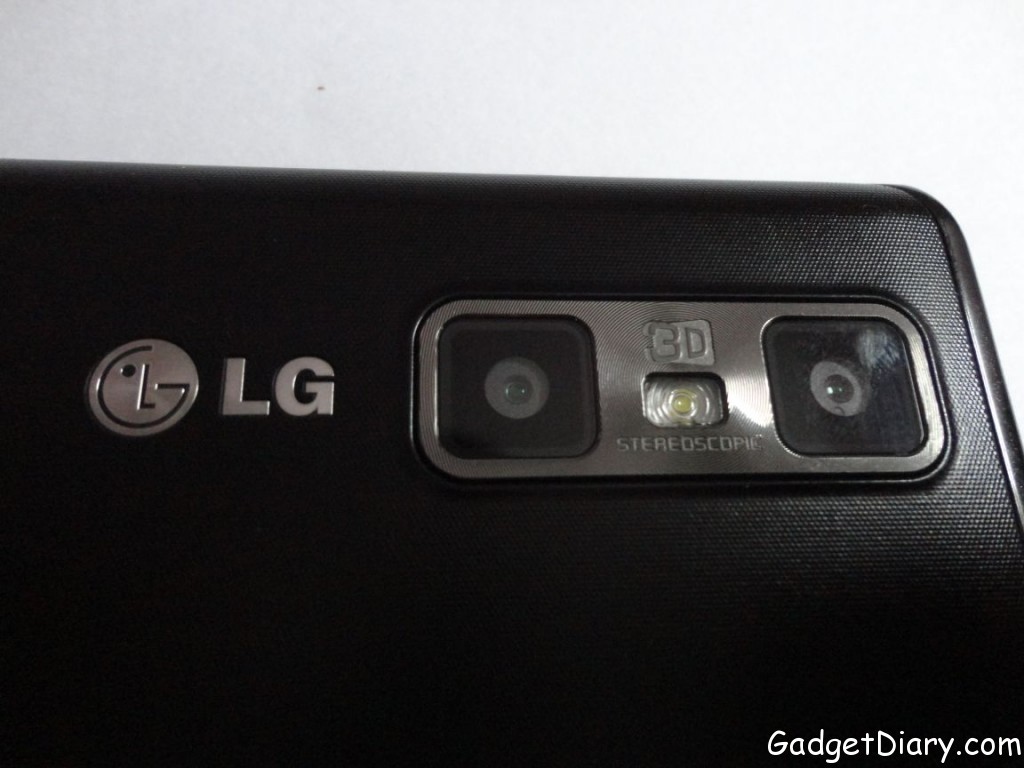 The camera can record videos at [email protected] The LED flash also supports video lighting for better video quality during dark or during night. The device also has an front VGA camera which helps and supports video calling. It is really fun to capture 3D images and videos using the Optimus 3D Max camera. We wanted to share the 3D images & Videos but we could not find a way to embed the 3D images in the post.

The device comes with an inbuilt or internal memory of 8GB for storage out of which 5.3GB is usable. The phone supports external memory card for data storage through microSD card up to 32 GB.

Optimus 3D Max is pre-loaded with Android OS v2.3 Gingerbread. The company has planned an OS update for this device and it should receive the OS V4.0 (which is the latest version of android for smart phones) very soon. The operating system offers its users to use third party applications for better mobile experience and those third party applications are available for downloading in the Google Play Store which is the official app store for android.

Optimus 3D Max has a standard Li-Ion 1520 mAh battery. The phone offers upto 450 hours of standby time and up to 8 hours of talk time. We watched few 3D videos on the phone, played 3D games, browsed the internet and made few calls and still there was more than 30% battery left in the phone at the end of the day. Overall the phone has a decent battery backup.

LG Optimus 3D Max is one of the best mobile available in the market as of today. The device has a very good specification and brilliant features. The device has one of the best and the latest technologies i.e 3D integrated. These features should impress all the technology geeks. The device has a excellent display with excellent hardware specifications which should run the device quite smoothly. The phone is available at a price tag of around Rs29,000 on various E-Commerce sites in India. The device will surely attract lot of customers who are looking for something new in smartphones and would provide a tough competition to other smartphones available in the market in the same price range. We highly recommend this phone to the users who want to watch 3D videos & play 3D games.