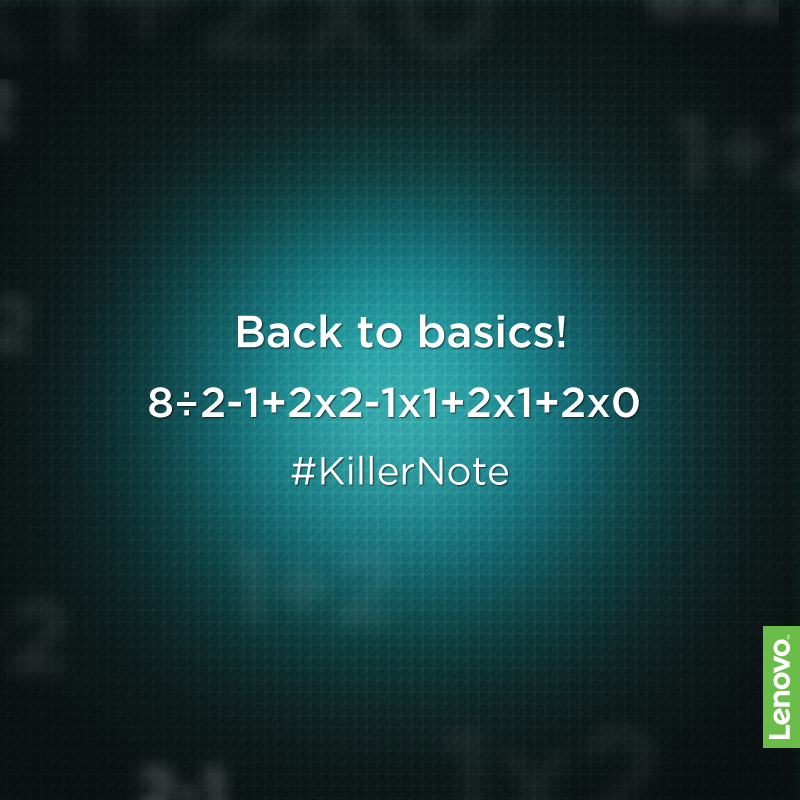 Lenovo has been teasing about their new smartphone on social media for last few days. Today they tweeted an image and asked users to guess the name of their next smartphone. Initially, it was expected that the device would be K7 Note, but now it is confirmed that it is K8 Note instead of K7 Note.

If you solve the equation in the above image, you will get 8 as the answer. Additionally, we got our hands on their next teaser which shows that Lenovo K8 Note will be launched on 9 August in India.

According to reports, the phone is likely to be powered by MediaTek Helio X20 processor along with 3/4GB RAM. It will run on Android 7.1.1 Nougat. It is expected to come with a 5.5 inch Full HD display, 13-megapixel back camera and an 8-megapixel front camera.

The phone could also feature a 4,000 mAh battery. We will keep updating this article with more information as soon as it is available.