After creating adequate hype, Lenovo launched its first gaming-centric smartphone, the Legion Phone Duel. The gaming smartphone comes in a landscape-oriented design with the pop-up selfie camera on the side and dual battery packs. Plus, it has become the world’s first smartphone to be powered by the Snapdragon 865+ SoC. 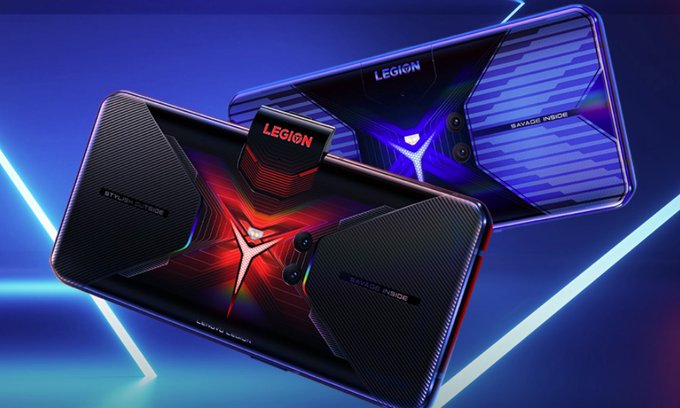 Pumping power from under the hood is Qualcomm Snapdragon 865+ SoC which is claimed to bring 10% CPU and 10% GPU performance enhancements over the Snapdragon 865 SoC. The SoC is paired with up to 16GB LPDDR5 RAM and up to 5129 UFS 3.1 internal storage.

In terms of camera, a 20MP f/2.2 pop-up selfie camera is placed on phone’s right edge while two rear cameras are also situated on the middle of the back panel. The dual-rear-camera setup includes a 64MP f/1.89 primary sensor and a 16MP f/2.2 ultra-wide-angel sensor with 120-degree field of view.

The Legion Phone Duel has two 2,500mAh battery packs adding to a total of 5,000mAh capacity. It is offered with up to 90W Turbo Power Charging support said to fill 50% of the battery in 10 minutes and 100% in just 30 minutes. However, to get this speed users will have to charge both the batteries simultaneously using two USB Type-C ports.

A few of the other highlights of the gaming phone include two ultrasonic trigger buttons, customizable RGB lighting on the back, and dual vibration motors for an immersive gaming experience.