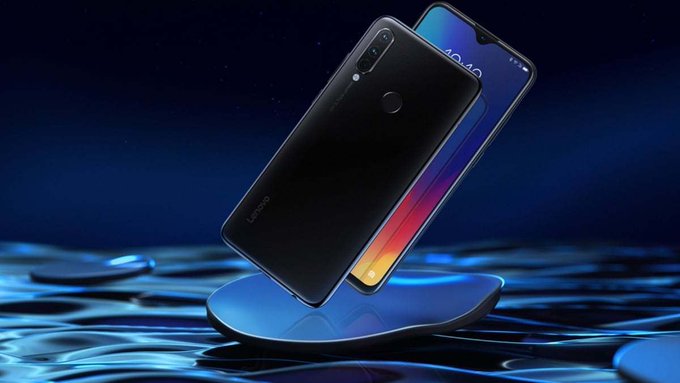 Lenovo after a long hiatus has launched as many as three smartphones in India. Out of three phones one that is the Lenovo Z6 Pro was already launched in China in April this year but the other two from the Note series, the Lenovo A6 Note and the Lenovo K10 Note have been launched for the first time in India.

The smartphones strategically cover all the important price segments. The Lenovo Z6 Pro out of the trio comes with flagship-level specs and targets the premium mid-range market while the Lenovo A6 Note and K10 Note are geared towards the entry-level and mid-tier segments.

The Lenovo A6 Note, to begin with, is the most affordable with a price tag of INR7,999. Despite the low price, it has a few headlining aspects that include a long-lasting big battery, Helio octa-core SoC, and dual cameras at the back.

The smartphone runs Android 9 Pie with ZUI 11 skin on top and is backed by a considerably big 4,000mAh battery with 10W fast charging capable of delivering juice for up to two days on a single charge under normal usage.

The back is tacked on with two-rear cameras comprising a 13MP primary and a 2MP secondary sensor. A 5MP selfie shooter finds a place in the dew-drop notch offering face unlock support as well. A physical fingerprint scanner is mounted on the back, however.

The Lenovo K10 Note is kitted with a Qualcomm Snapdragon 710 SoC which pumps power from under the hood in alliance with 4GB/6GB RAM and 64GB/128GB internal storage further expandable using microSD card. 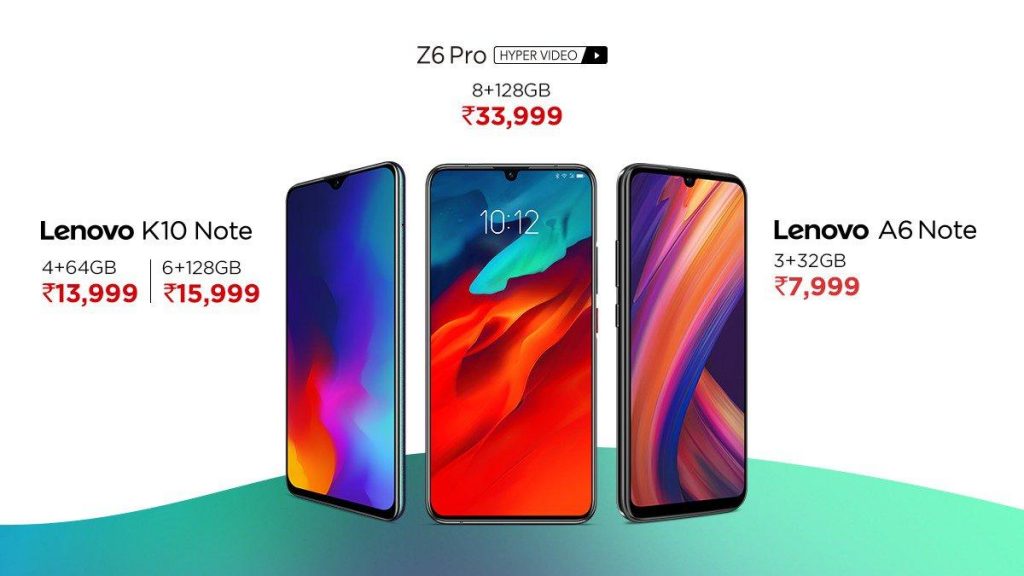 The smartphone features a triple-rear camera setup that has a 16MP primary sensor alongside an 8MP telephoto sensor with 2x optical zoom and a 5MP depth sensor. The water-drop notch on the front houses a 16MP selfie shooter. The front is covered with a 6.3-inch full HD+ display.

Amongst other notable things, the K10 Note comes with a 4,050mAh battery with 18W fast charging adapter, rear-mounted fingerprint scanner, a USB Type-C port, and a 3.5mm headphone jack. It runs Android Pie with ZUI 11.

The Lenovo Z6 Pro boasts of a serious spec sheet as it tries to create a space for itself in the competitive upper midrange segment of the market. The smartphone is priced at INR33, 999 and comes in only one 8GB/12GB configuration model.

The Lenovo Z6 Pro flaunts a 6.3-inch full HD+ AMOLED display with DC dimming and HDR support. There is a small water-drop notch as well as an in-display fingerprint scanner upfront. The notch packs a 32MP selfie shooter while a quad-camera array adorns the back.

The back cameras include a 48MP Sony IMX586 primary sensor with f/1.8 aperture, an 8MP telephoto sensor, a 16MP ultra-wide-angle as well as macro sensor, and 2MP depth sensor. The camera setup gets the OIS and some notable AI features such as the Super Night Scene mode.

The smartphone runs ZUI 11 based on Android Pie and is driven by the premium Snapdragon 855 SoC paired with 8GB RAM and 128GB default storage. A 4,000mAh battery with 27W fast charging support via USB Type-C port keeps the phone ticking. The Lenovo Z6 Pro also comes with a liquid cooling system to help dissipate heat better during the gaming session.