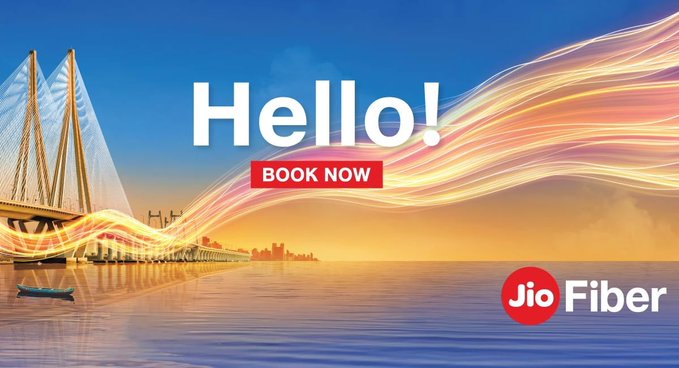 Reliance Jio after announcing the Jio Fiber broadband service last month at the company’s 42nd annual general meeting today commercially launched the service laying bare all the tariff plans. With the Jio Fiber, the company is likely to revolutionize the broadband landscape in India like never before with sheer blazing speeds and at just one-tenth of the global price.

The Jio Fiber will be available in six prepaid plans with different price points. The lowest plan is called the Bronze plan at INR699 per month. The second-lowest Silver plan comes at INR849 per month while the Gold and Diamond plans are offered at INR1,299 and INR2,499 per month, respectively. There is also Platinum plan at INR3,999 and Titanium plan at INR8,499.

The Bronze and Silver plans are offered at 100Mbps while the Gold and Diamond plans give 250Mbps and 500Mpbs speed, respectively. The other two plans, Platinum and Titanium, offer whopping 1Gps speed.

Though plans are unlimited FUP cap still applies starting at 100GB for the base Bronze plan, 200GB for the Silver plan, 500GB for Gold plan, and 1250GB for Diamond plan. The Platinum and Titanium plans are fixed at 2500GB and 5,000GB FUP limit. As introductory offer beyond FUP limits extra free data are also given starting from 50GB to 250GB depending on the plan. The top two plans will, however, not receive any extra free data.

Beyond the monthly plans, Jio Fiber is also offered in 3-month, 6-month, and 12-month plans. Subscribers can have the provision of paying for JioForever Annual plans by finance schemes from the banks those have tied up with Reliance Jio.

As part of Jio Fiber Welcome Offer the subscribers of JioForever Annual plans are eligible for a bunch of freebies such as Jio Home Gateway worth INR5,000, Jio 4K set-top box worth INR6,400, An LED TV with plans starting at INR1,299 per month and above, as well as a subscription to OTT applications.

The users have to pay INR2,500 (INR1,500 refundable security+ INR1,000 nonrefundable installation charge) in addition to the amount for the plan to get the Jio Fiber connection, provided that the service is available in the region of subscribers.

Jio has said the roll out across India will be done in a phased manner. So all may not be able to use the service at once. The preview subscribers of the Jio Fiber service will continue to use their connection until Jio from its end reaches out to them requesting to take any paid plans.