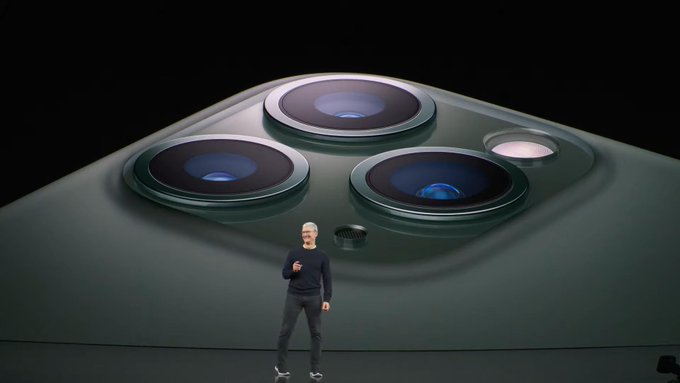 The much-awaited iPhone 11 series- the iPhone 11, iPhone 11 Pro, and iPhone 11 Pro Max- has finally seen the daylight. The new iPhones come with a host of upgrades including better display, faster processor, powerful camera, and durable battery.

The trio of iPhones is not much different from their predecessors in terms of design. All three iPhones come with the same wider notch and feature glass on front and back both separated by a metal frame- aluminum in the case of the iPhone 11 while stainless steel for the 11 Pro and the 11 Pro Max.

The camera setup on the rear sees a departure from the predecessors as the new iPhone 11 series’ camera lenses are now arranged in a square block. The iPhone 11 Pro and 11 Pro Max get three rear cameras whereas the iPhone 11 makes do with two sensors.

The successor to last year’s iPhone XR retains the same size 6.1-inch LCD display. The display boasts of 828×1792 resolution, 1400:1 contrast ration and 625 nits brightness. The iPhone runs iOS 13 and powered by an upgraded A13 Bionic processor paired with up to 256GB built-in storage.

The iPhone 11 gets a better battery that lasts one hour more than its predecessor. It supports 18W fast charging adapter which is, however, sold separately. Wireless charging is also thrown in.

The dual-array camera is upgraded over the single one in the iPhone XR. Both the sensors are of 12MP resolution- one is a wide-angle lens and another is ultra-wide angle lens with 120-degree field of view. The camera is armed with OIS, f/1.8 aperture, a dedicated Night Mode and 4K video recording capability at 60 fps. 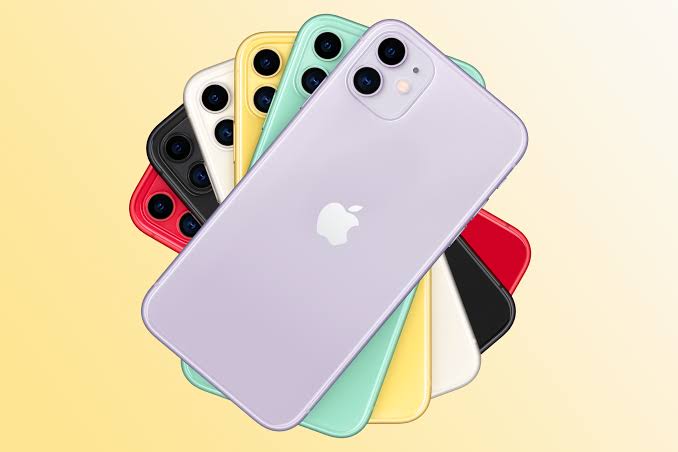 The front-facing camera is rated at 12MP which can take wider shots and also capture 4K videos as well as slow-motion videos. The FaceID is fast and fortified than before. The iPhone 11 has spatial and Dolby Atmos support as well. The device is IP68 rated for 30 minutes immersion in water up to 2 meters deep.

The iPhone 11 will be available in six colors, namely Purple, Red, White, Yellow, Green, and Black. The starting price is set at INR64,900 for the Indian market where it will go on sale on September 27.

The iPhone 11 Pro and 11 Pro Max pump power from under the hood by an A13 Bionic chip with up to 512GB default storage. They boot iOS 13 and are packed with enhanced batteries, respectively lasting 4 hours and 5 hours more than their previous counterparts- the iPhone XS and iPhone XS Max. The Pro versions of iPhones will be bundled out with an 18W fast charging adapter for free.

Both the phones mount 12MP triple camera setup at the back with two sensors just the same as present on the affordable iPhone 11. The third addition here is another 12MP telephoto lens with 52mm focal length. Another improvement over the camera of the iPhone 11 is the inclusion of dual IOS. The selfie camera is of 12MP resolution –same as the selfie shooter of the iPhone 11.

The iPhone 11 Pro and 11 Pro Max come with IP 68 rating that guarantees no damage up to 4 meters of water immersion for 30 minutes, which is better than what we are promised on the iPhone 11. Other key features include lighting connector, spatial audio, Dolby digital, and dual SIM support.

For the colorways, both the iPhone 11 Pro and 11 Pro Max will come in Green, Silver, Gold, and Gray shades. Both the phones will go on sale starting September 27 in India with the starting price of INR99,900 and INR1,09,900, respectively