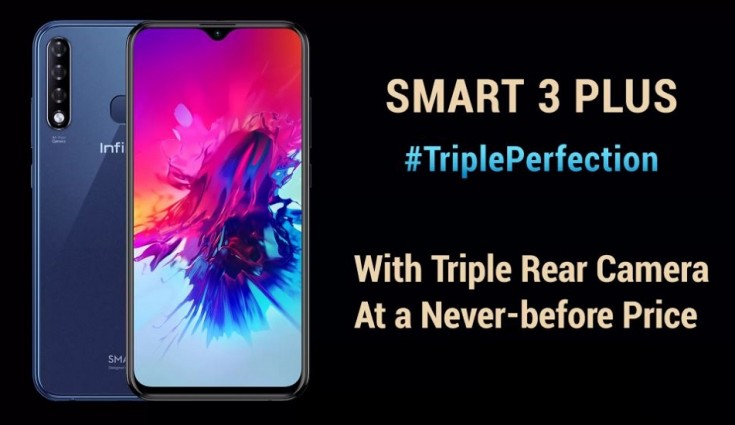 The Infinix Smart 3 Plus is priced at INR6,999 and will go on sale from April 30 on Flipkart. The phone will be available in Midnight Black and Sapphire Cyan color options. The smartphone flaunts a water-drop notch up front, glass-finish rear shell, vertically aligned triple-rear camera setup, face unlock feature as well as a rear-mounted fingerprint scanner. 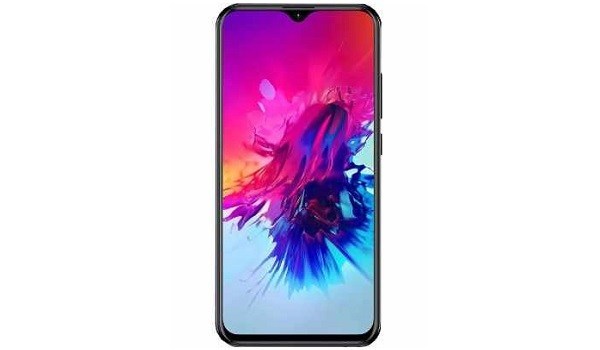 Regarding specifications, the Infinix Smart 3 Plus features a big 6.21-inch HD+ display with 19.5:9 aspect ratio and 2.5D glass layer protection. Driving the handset under the hood is a MediaTek Helio A22 quad-core SoC clocked at 2GHz and paired with IMG PowerVR GPU, 2GB RAM, and 32GB internal storage, expandable up to 256GB via microSD card.

Coming to the camera, which is also the salient aspect of Infinix Smart 3 Plus, the latter tacks on a triple camera array on the rear, consisting of a 13MP primary sensor with f/1.8 aperture, 2MP secondary sensor, and a low-light tertiary sensor. The rear-camera makes use of the features like PDAF, dual-LED flash, auto scene detection, AR sticker and more. On the front, the phone attaches an 8MP sensor armed with AI Beauty and screen flash.

On the software side of things, the Infinix Smart 3 Plus boots XOS 5.0 running atop Android 9 Pie while it derives juice from a 3,500mAh battery touted to last for 25 hours of 4G talk time, 34 hours of music playback, 10 hours of video playback and 25 days on standby mode.

Connectivity options of the Smart 3 Plus include 4G VoLTE, Wi-Fi, Bluetooth 5, GPS, micro USB port and 3.5mm headphone jack. The handset is fairly light as it is mere 148g in weight. In terms of dimension, it measures 157x76x7.8mm. The phone comes with all the standard sensors included as well.