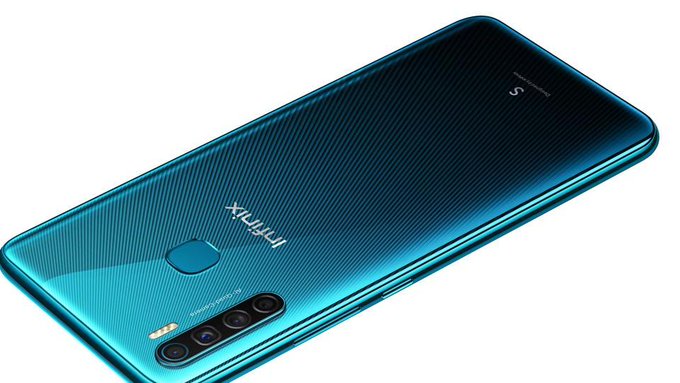 Just the other day Tecno Mobile launched the Tecno CAMON 12 Air smartphone in India with a punch-hole display priced at INR9,999. And hot on the heels Infinix has launched, the Infinix S5 with a similar type punch-hole display at just INR8,999 in the country today.

The Infinix S5 in a single 4GB RAM+64GB storage variant will go on sale starting October 21 via Flipkart in Quetzal Crystal and Violet color options.

The Infinix S5 is powered by the same MediaTek Helio P22 SoC that also drives the Tecno CAMON 12 Air. The chip is paired with 4GB RAM, 64GB built-in storage which can be expanded up to 256GB using a microSD card via a dedicated slot. 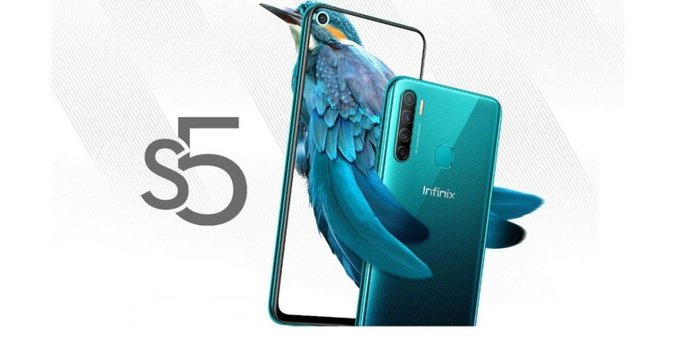 The Infinix S5 comes with a 6.6-inch HD+ display with 20:9 aspect ratio. As already said, the smartphone features a punch-hole cutout, so it acquires a massive bezel-less display with 90.5% screen-to-body ratio.

In terms of optics, the Infinix S5 wields four cameras on the rear. The camera module is vertically aligned at the top left corner of the back panel comprising a 16MP f/1.8 primary sensor, a 2MP Super Macro sensor capable of snapping from a distance as close as 2.5cm, a 5MP wide-angle sensor with a 114-degree field of view, and a 2MP depth sensor. The front is laced with a 32MP f/2.0 selfie shooter enclosed inside the punch-hole cutout.

On the software side of things, the Infinix S5 runs XOX 5.5 Cheetah on top of Android 9 Pie. The CAMON 12 Air runs Android 10 out-of-the-box, however. The same size 4,000mAh battery from the CAMON 12 Air also fuels the Infinix S5. The battery provides ample juice that can last up to a full day. A rear-mounted fingerprint scanner along with Face Unlock takes care of the biometrics part.

All said and done, the Infinix S5 is pretty aggressively priced and goes straight into the fight with the likes of the Realme C2, the Redmi 8, the Samsung Galaxy A10s, and of course the Tecno CAMON 12 Air.