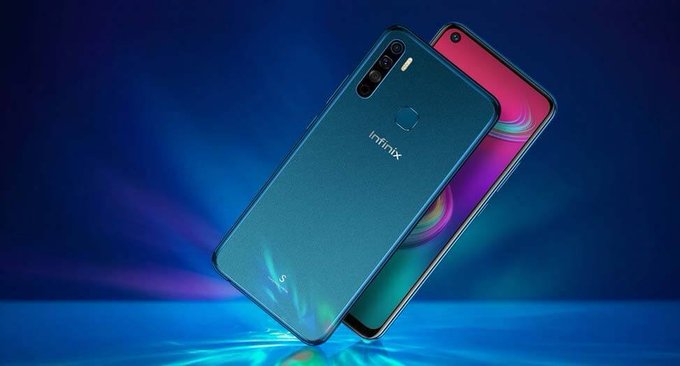 Last month Transsion Holding’s subsidiary Infinix Mobiles launched the Infinix S5 with punch-hole display and quad-rear camera in India. And today the company has launched a scaled-down version of the phone.

The Infinix S5 Lite is priced at INR7,999 for the only variant 4GB RAM and 64GB built-in storage. The phone will be available starting November 22 exclusively via Flipkart. Buyers will have three color options- Midnight Black, Quetzal Cyan, and Violet- to choose from.

Internals of the Infinix S5 Lite is the same as present in the regular Infinix S5. A 2.9GHz octa-core MediaTek Helio P22 SoC drives the S5 Lite in alliance with IMG PowerVR GE8320 GPU, 4GB RAM, and 64GB internal storage, which can be further expanded up to 256GB via microSD card.

In the camera department, the Infinix S5 Lite mounts a vertical triple-camera setup on the back, comprising a 16MP f/1.8 primary sensor, a 2MP depth sensor and a low light sensor with unspecified resolution. Inside the front-mounted punch-hole cutout a 16MP selfie camera holds the fort for selfies and video callings.

As for the firmware, the Infinix S5 Lite runs Android 9 Pie with XOX 5.5 UI slapped on top. A 4,000mAh battery keeps everything ticking for a full day on normal usage. Notably, there is neither the fast charging support nor a USB Type-C port.

Amongst other things, the Infinix S5 Lite comes with 4G VoLTE, GPS, Bluetooth 5.0, Micro USB port, and the 3.5mm audio jack. It measures 164x78x7.9mm in dimension while tips the scales at 178 grams.

The Infinix S5 Lite with its super affordable pricing for impressive features and spec sheet has raised the bar for the budget-oriented segment across all the manufacturers. The only thing that remains to be seen is how the Infinix S5 Lite fares when it comes to actual sales numbers.