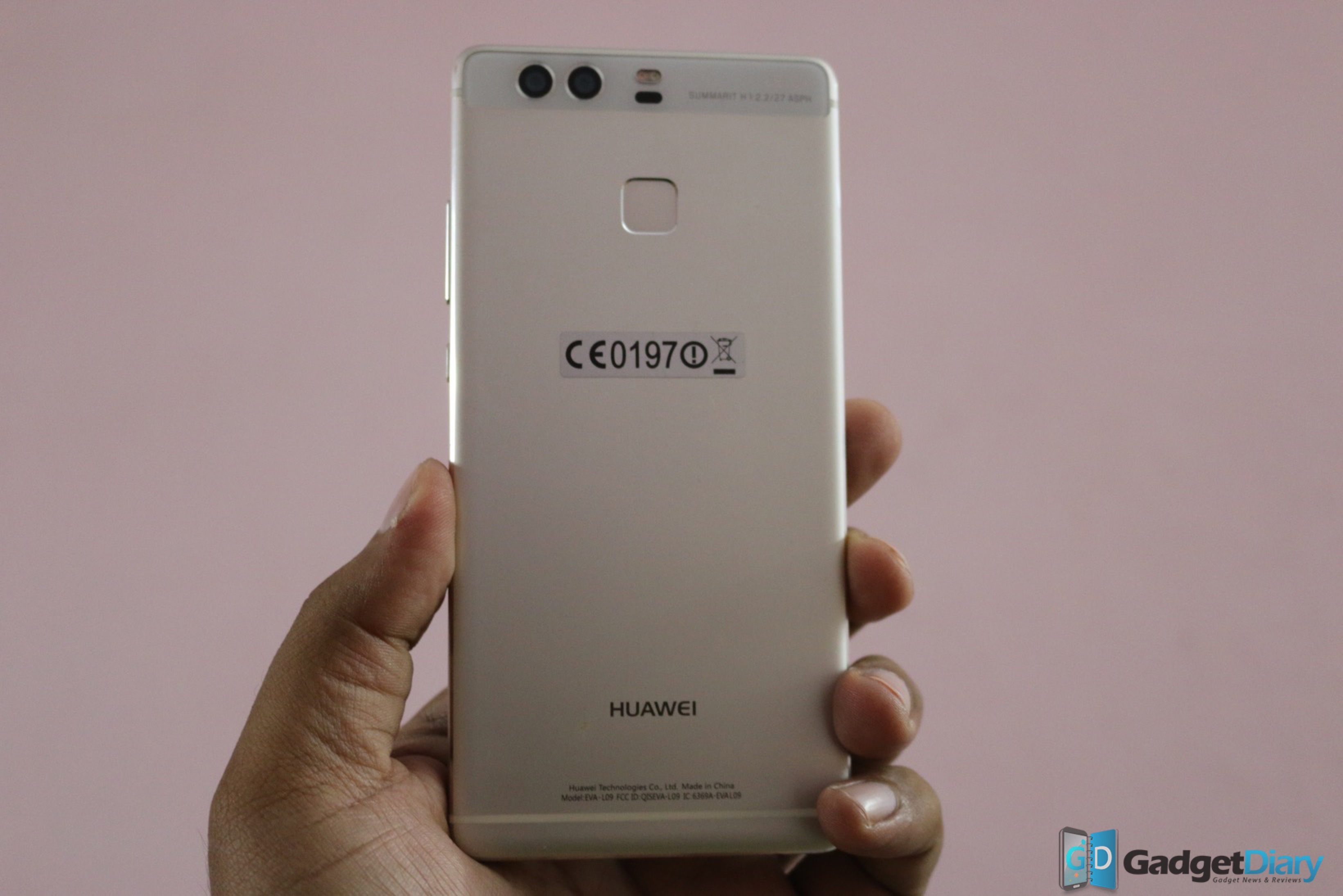 Do you know about the Nexus 6P? The 5.7 inch Nexus phone that was released last year by Google. The phone was manufactured by Huawei and it is one of the best Nexus phones we have even seen. Not only is the design beautiful, but the whole body and other features of the phone are great.

Huawei as a mobile manufacturing company has come a long way and they have started manufacturing some really great phones. The latest flagship that they released is the Huawei P9. The phone itself is amazing and cameras on this phone are one of the major features. We will review the phone in detail here in this post so let’s get started. 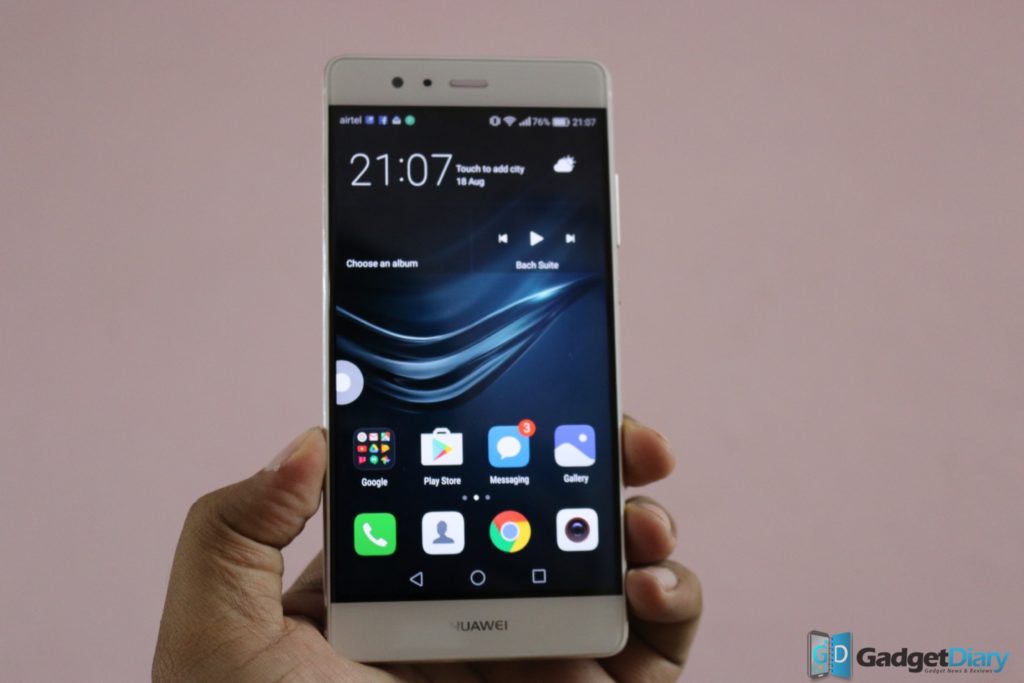 The phone is a flagship and definitely feels like one. The first thing you will notice while holding it is that the phone has a solid metal outer body which makes it sturdy and tough. The edges around the phone are chamfered and the phone feels great in hands. The front of the phone sports a 5.2-inch screen. There are no touch capacitive or normal buttons and the navigation buttons can be found on the screen.  Above the screen, you will find the earpiece and front facing camera along with the sensors. 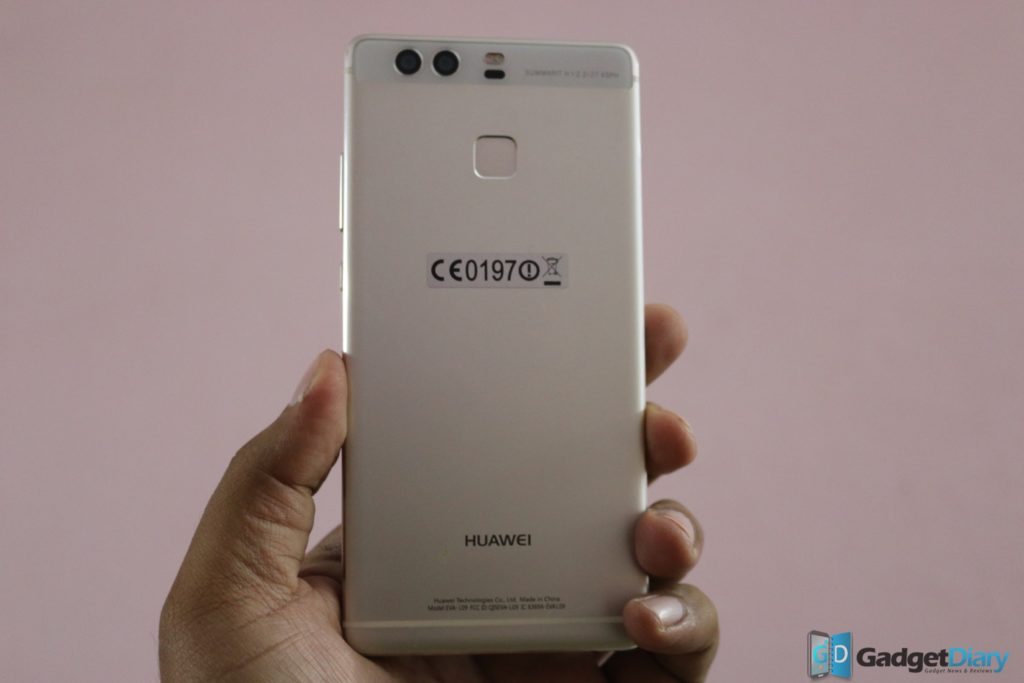 The real interesting features of this phone are on the back. You won’t be able to miss the dual camera setup at the back along with the laser autofocus unit and LED flash. We will discuss the camera in detail later in this post but for now, let’s keep our focus on the design. 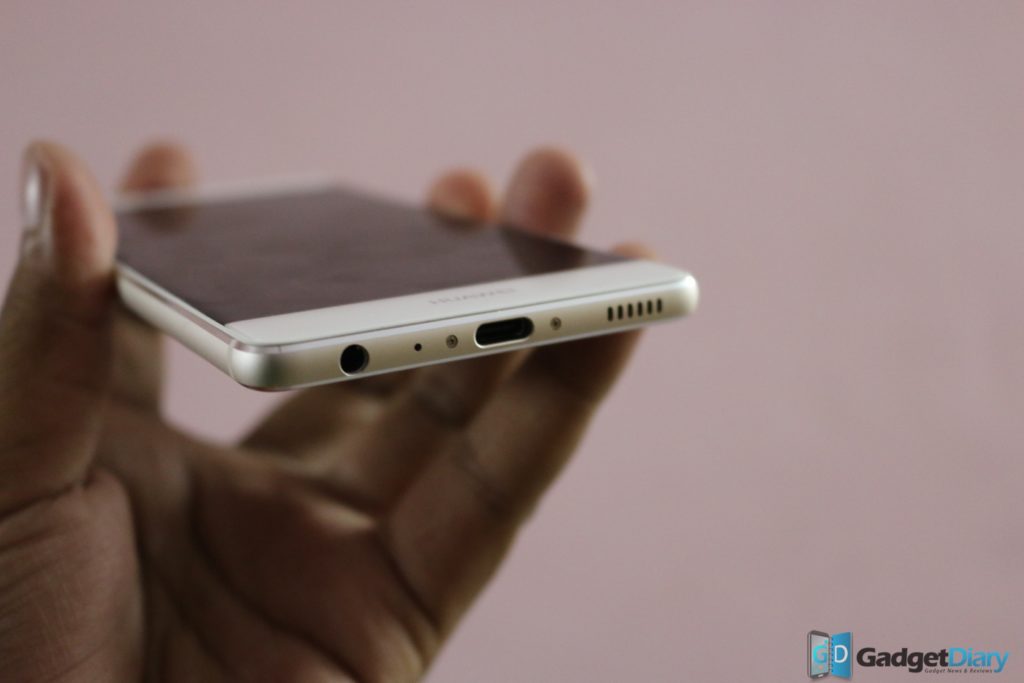 The back also sports a fingerprint sensor which is now becoming the default location for having the sensor. On the lower side, you will find the Huawei branding along with technical details. All in all the phone looks great in the minimal form that it has. Overall, P9 is a lightweight and compact smartphone which feels solid in the hand.

The 5.2-inch display on the Huawei P9 is a thing of beauty, and it has a full HD resolution which transforms to a pixel density of 423ppi. The display is very sharp and with a 3000mAh battery, it is a perfect fit to the device. It is an IPS panel which means it is quite bright and the colors are reproduced well. You can of course choose to change the display settings including the color temperature etc. as per your requirement as the software on the phone allows you to do that.

Let’s talk about the highlighted feature of this phone. The front facing camera is 8MP, and it works well. You have basic things like beauty mode and everything. But the rear cameras have something great to offer. The rear cameras have Leica branding, but the lenses aren’t really manufactured by the company. Huawei has just consulted them for advice related to the camera. 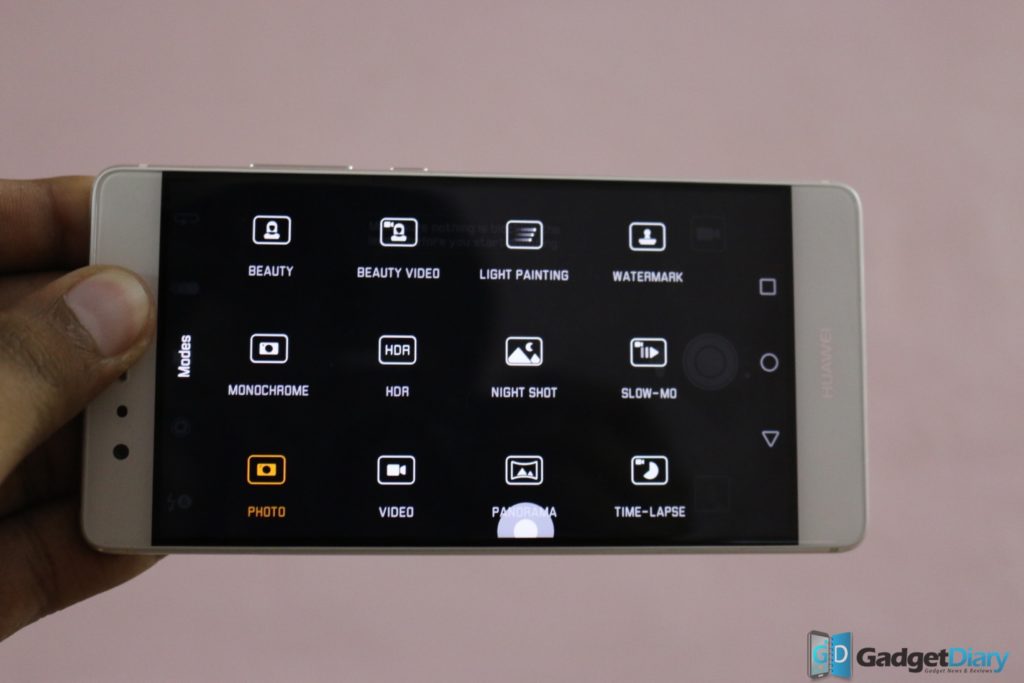 The rear cameras are two 12 MP sensor shooters that are aligned beside each other. One of these cameras shoots in RGB, and the other one shoots only in monochrome which is interesting. This is implemented so that the task of capturing the colors and the image is done separately. This results in a vibrant image with better colors. One thing that could have made this a perfect camera setup would have been the presence of optical image stabilization but still it is definitely one of the best camera smartphone available in the market. 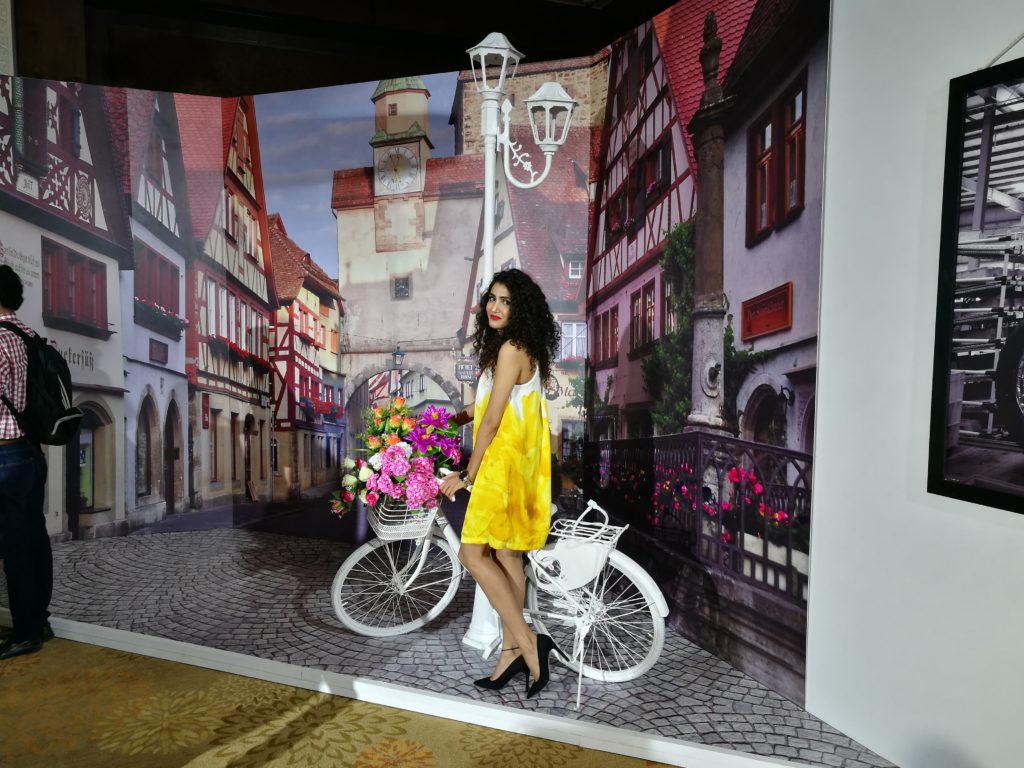 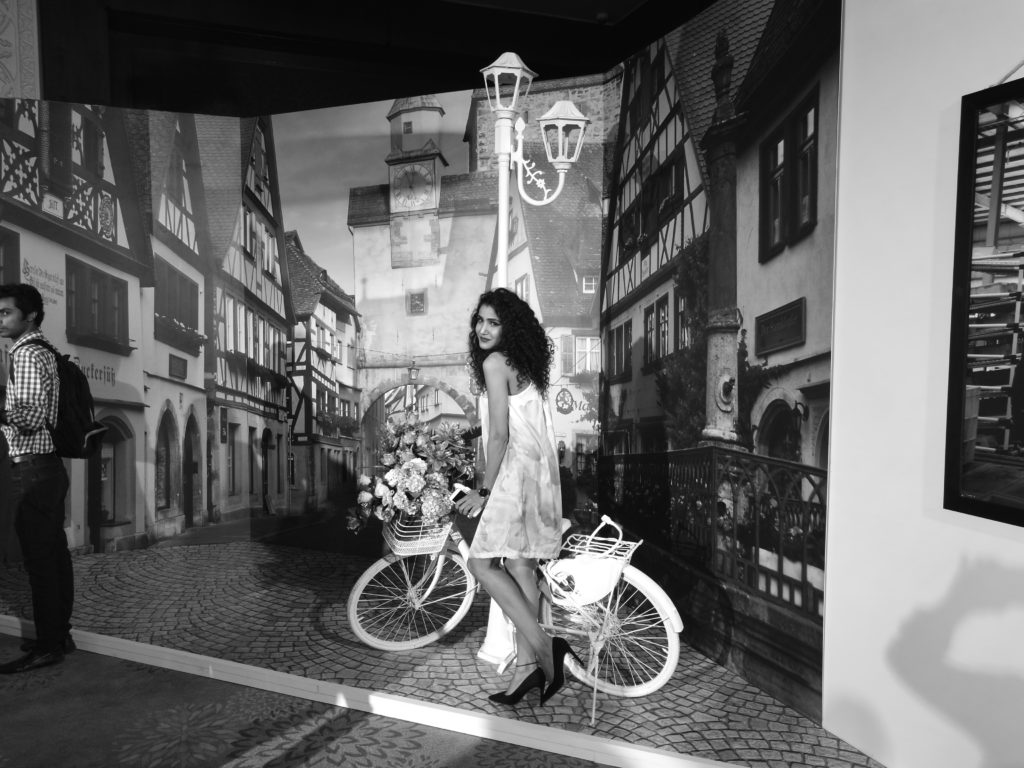 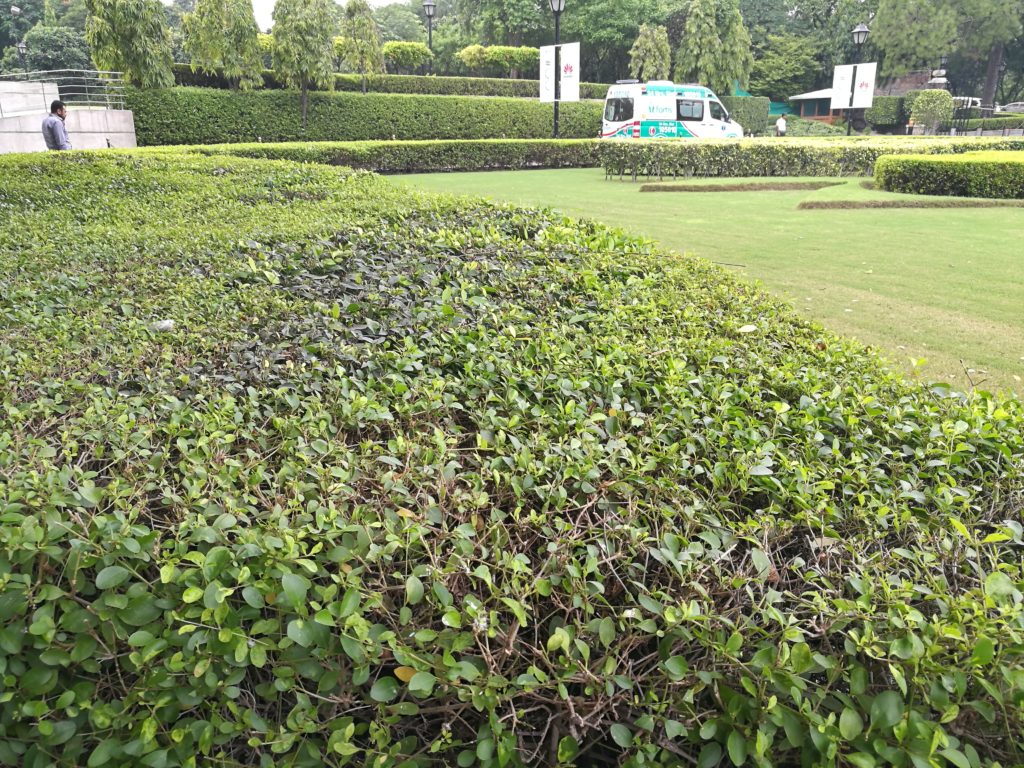 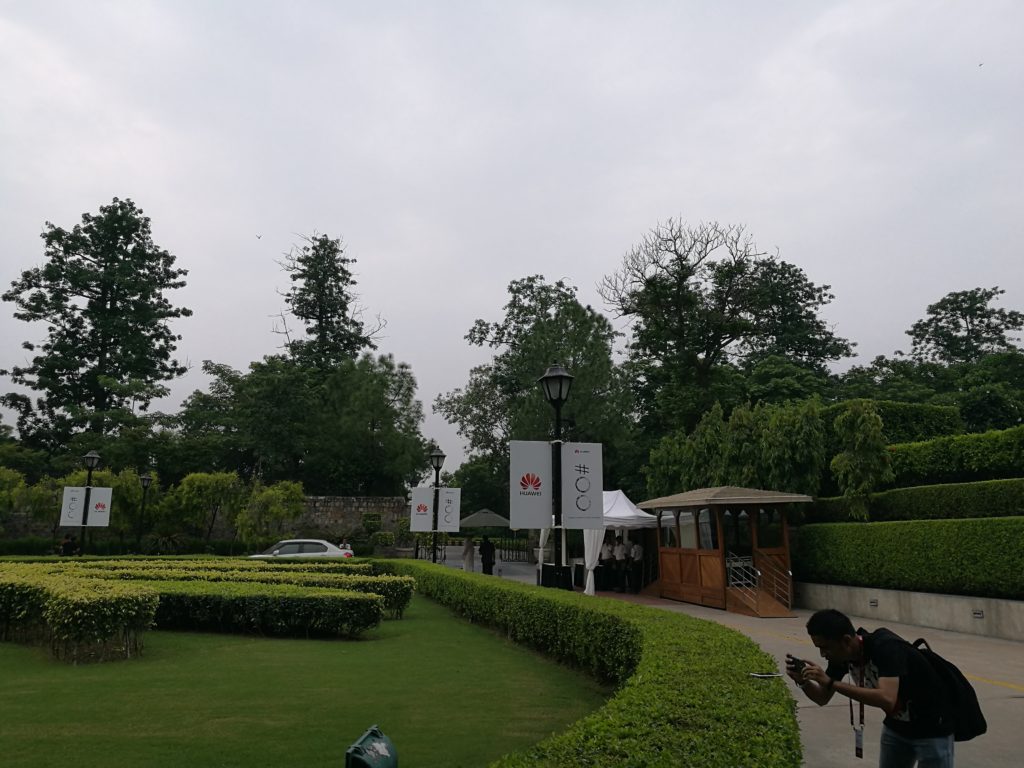 The phone runs on Android 6.0 Marshmallow with Huawei’s very own Emotion UI 4.1 on top. This allows Huawei to customize the Android to give it a custom look and enables them to add a lot of new features that are otherwise not available on stock Android. You do have all the stock Android features available such as Now on Tap, Doze, App permissions etc.

One of the best things in the Emotion UI 4.1 is the Phone Manager app which will allow the user of the phone to have better control over the way how the phone works. You will be able to tweak the battery consumption, data usage and you can also lock apps using the fingerprint sensor which is great. 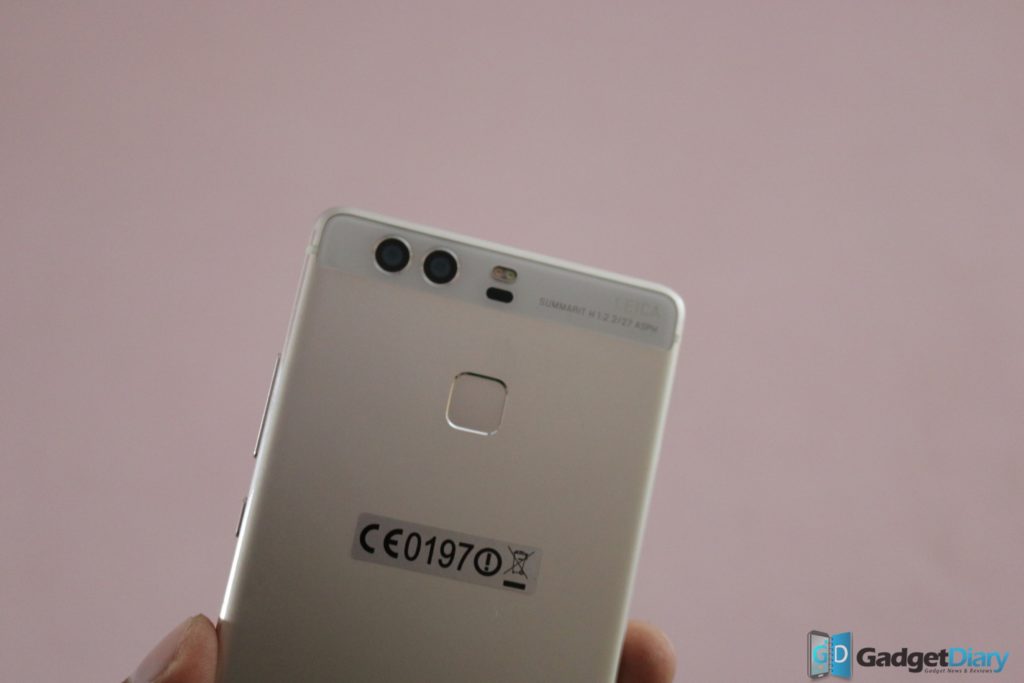 Now let’s talk about the performance of the phone. The phone has a 2.5Ghz octa-core Kirin 955 SoC that is manufactured by Huawei which is coupled with 3GB RAM. This results in a great performance overall. You won’t notice any sort of lag on the phone which is great. Unlocking, opening the dialer, opening the apps and everything on this phone feel snappy as you would expect from a Rs. 39,999 phone.

You can expect a decent battery life with the 3000mAh battery. The processor is demanding, and the phone consumes more battery under load, but when idle, the phone can provide some good standby times. Normal usage will let you use the phone for an entire day but with heavy usage, a charge is required in the evening.

The phone is a great package with everything included in one. You have a great camera, great screen, decent battery life and a good build quality. The phone is priced at Rs. 39,999, which some users might think is expensive but it is still more affordable than many other flagship smartphones.  So, if you want a great device under 40,000 INR than P9 is definitely one of the top choices.