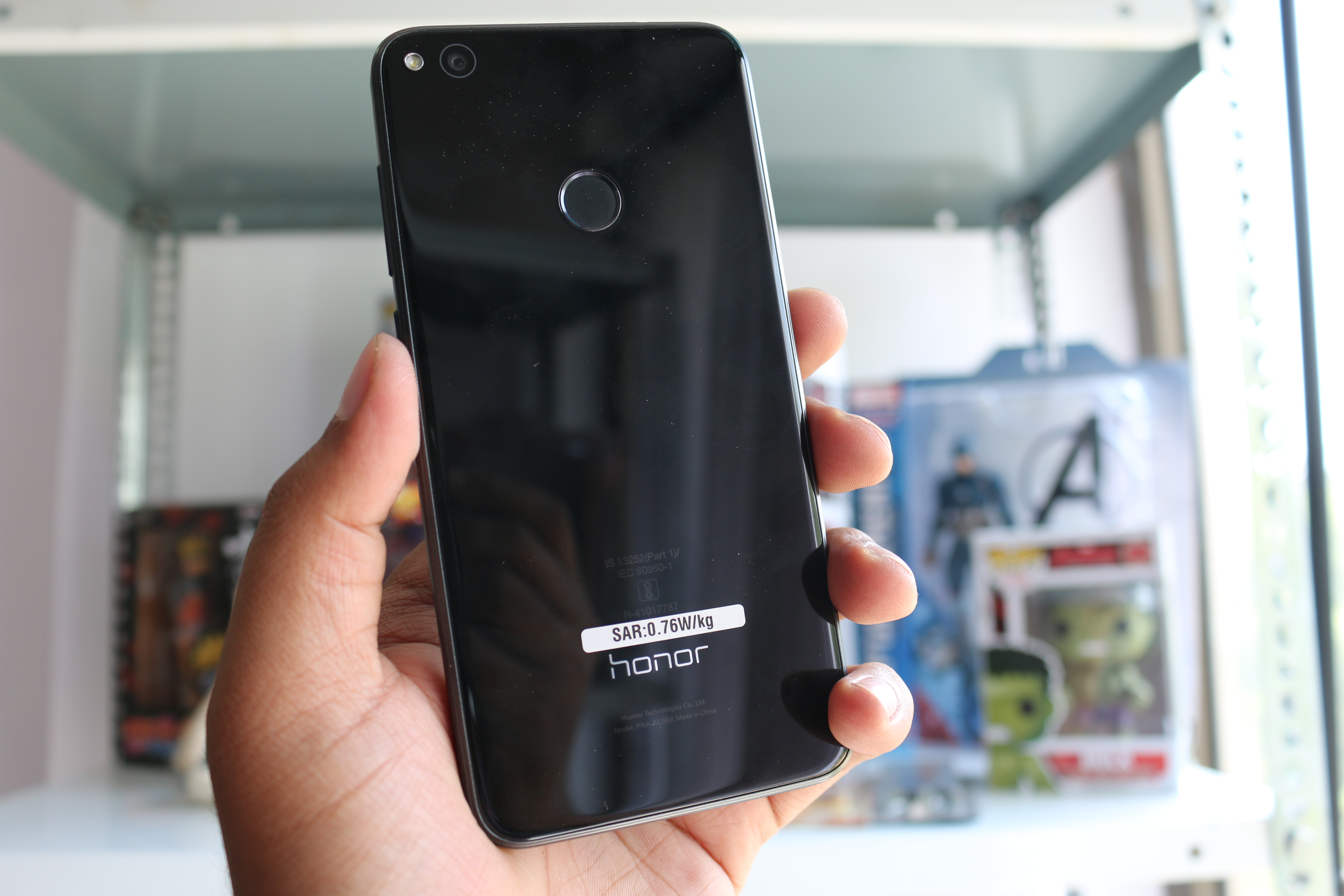 Huawei recently launched its new Honor handset, the Honor 8 Lite that tries to offer an experience similar to the premium Honor 8 to lower mid-range buyers. The Honor 8 Lite combines powerful hardware and the latest EMUI software, and can also be purchased from offline retail stores. But how gratifying the overall experience actually is for the new Huawei phone? Well, let’s elaborate in our review.

The glass and brushed steel effect finish are mostly restricted to phones that cost more than 20,000 INR. For more affordable phones, manufacturers (offline segment) usually limit themselves to either plastic construction which feels like metal or semi-metal construction. Either way, the phone doesn’t look as beautiful and stylish as the new Honor 8 Lite smartphone. 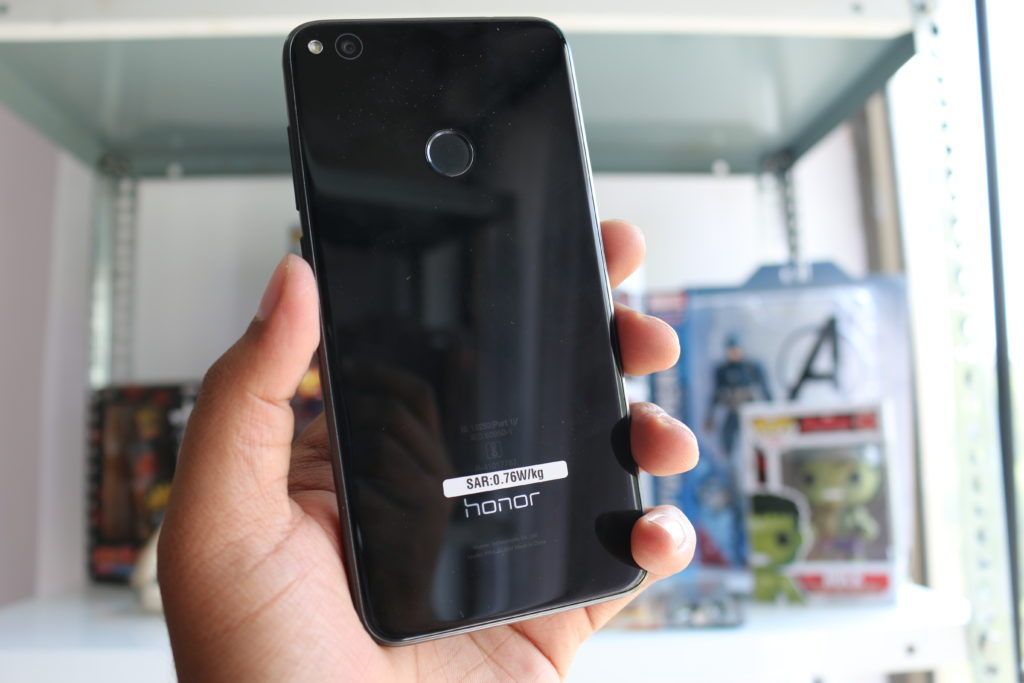 That’s perhaps why the Honor 8 lite feels like a refreshing change of pace. It’s got 2.5D glass on front and back and a metal side frame sandwiched in the middle. What further works for the phone is the fact that it’s just about 7.6 mm slim and is reasonably compact for easy handling. 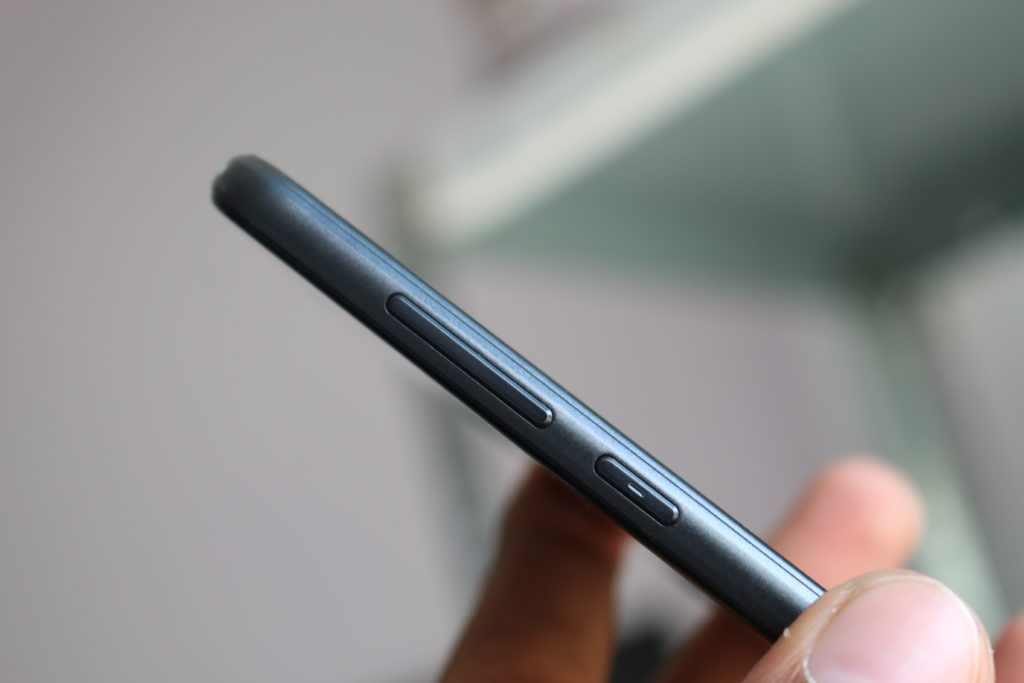 It also feels fairly solid, but you will need to use display protection as specs don’t any sort of display glass protection. All ports and buttons and the fingerprint scanner on the rear are placed exactly where your muscle memory would expect them to. The Honor 8 Lite is ergonomic and surely looks good. 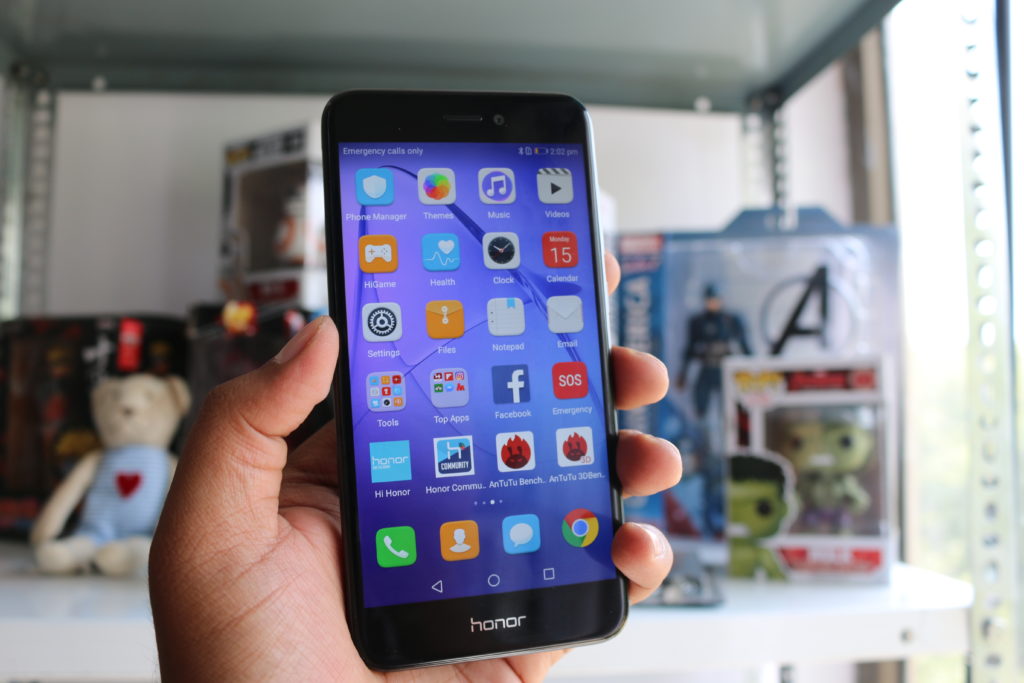 The Honor 8 Lite uses a 5.2-inch Full HD IPS LCD display (similar to Honor 8). The display is sharp and shows accurate colors. You can also effectively tweak color temperature from within display settings. Overall, it’s a vivid screen with high contrast ratio, wide viewing angles and is bright enough for occasional use under direct sunlight. It does attract finger smudges, though.

As far as mid-range phones go, Honor has consistently excelled on the camera front with its past offerings that include the likes of Honor 5C, Honor 5X and Honor 6X. The Honor 8 Lite is no exception to this rule. 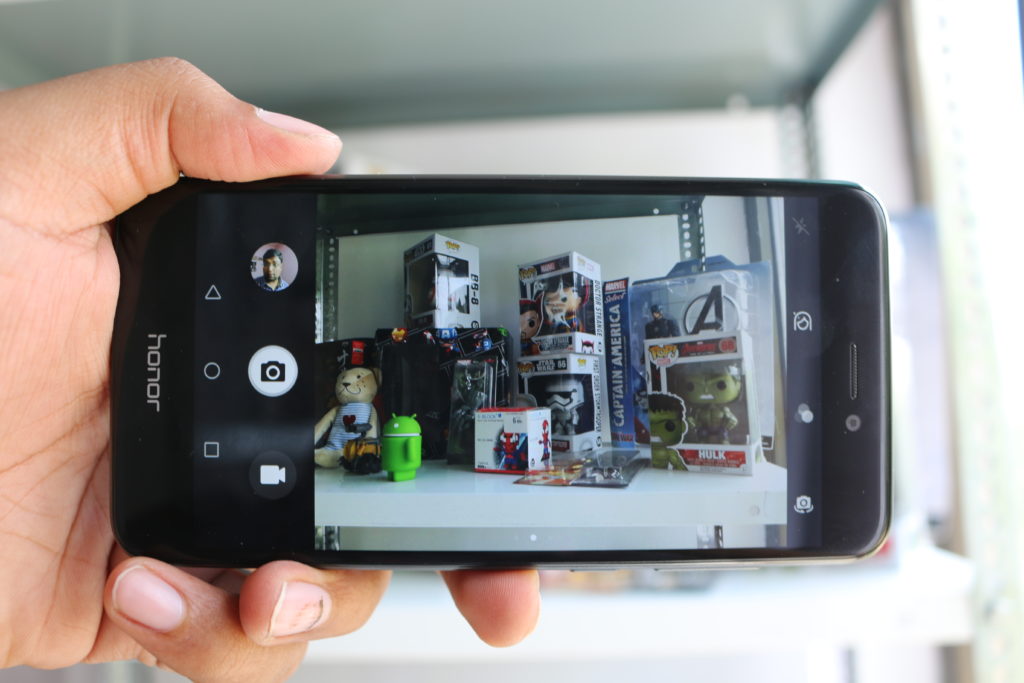 The handset has a 12MP rear camera with larger-than-standard 1.25-micrometer pixel size and f/2.2 aperture lens. The rear camera performance is certainly better than what we usually see in this price range. 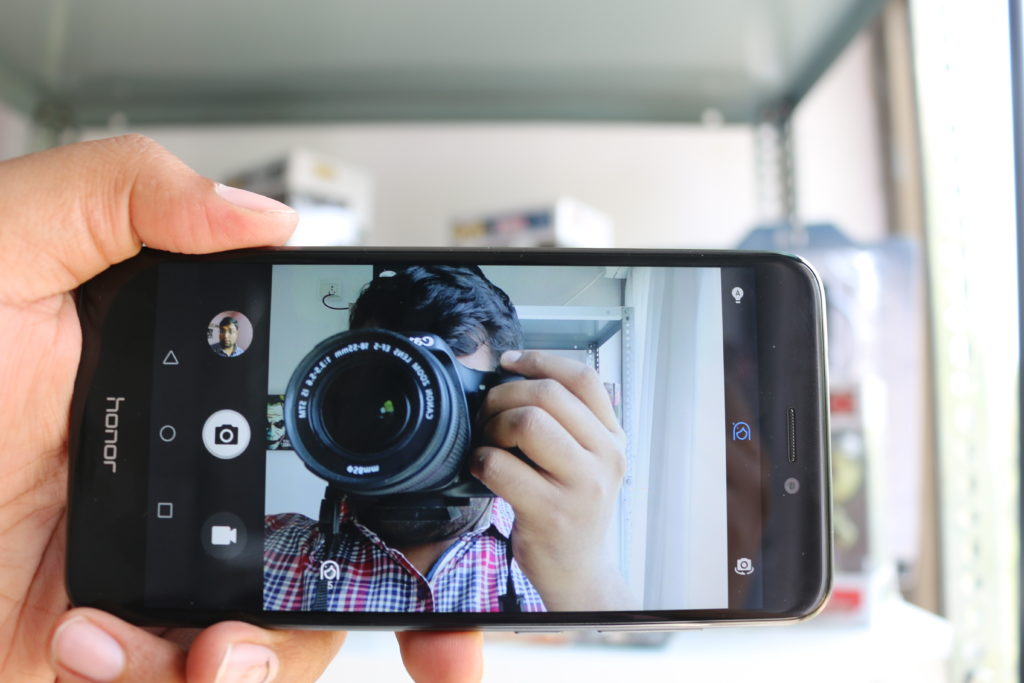 Images taken in broad daylight show wide dynamic range, accurate colors, and great details. Even in low indoor lighting, the camera software makes up for the sensor limitations rather nicely. For advanced users, the elaborate Pro mode in the camera app should help too.

This is the SoC that we also experienced on the Honor 6X at the start of this year. As always, the chipset is powerful enough to handle day-to-day and advanced usage needs. To ensure durable performance, in the long run, Huawei has paired it with ample 4GB RAM and 64GB storage. The performance on the phone is comparable to what we see on Snapdragon 625 phones. 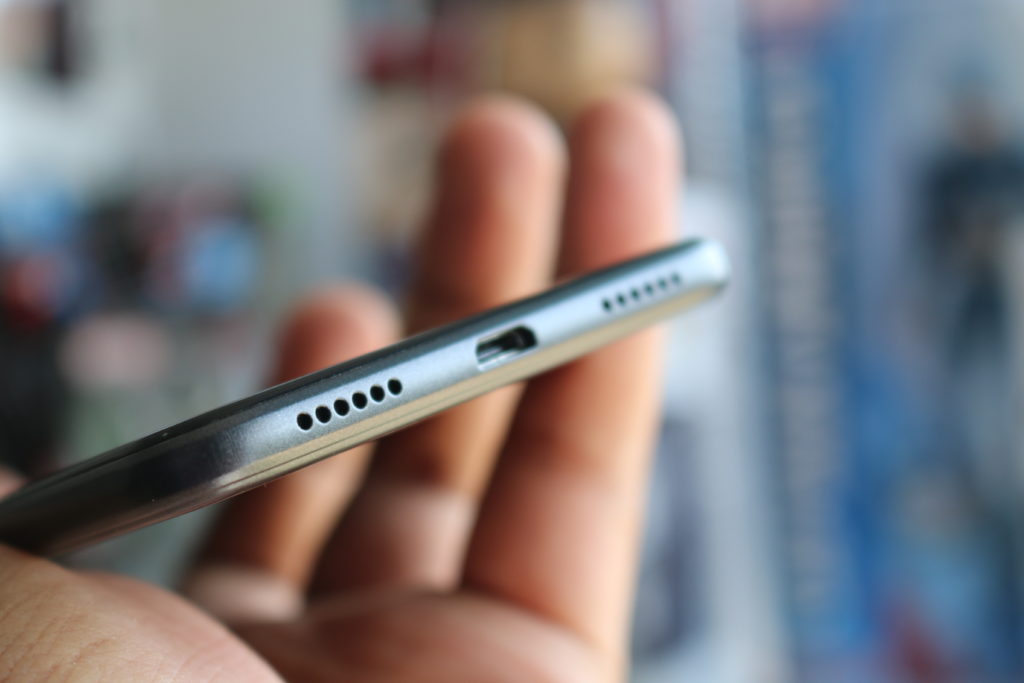 On the software front, Honor 8 Lite has Android Nougat based EMUI 5.0 that allows access to most features with 2 to 3 taps. The new Emotion UI interface adds several new customization options, including an optional App drawer.

The software also includes support for Twin Apps (two of the same app logged in with separate accounts) and a ‘Miss touch’ feature that can detect accidental touches. Besides, Android Nougat features like multitasking, quick app switching, etc. are also present. If you have experience EMUI before, you will feel right at home here. For others, a short learning curve is involved. Once you get the hang of it, the software is very intuitive.

The 3000mAh battery on the Honor 8 Lite can comfortably last for a day of moderate usage. That’s primarily because the software is well optimized and the chipset is quite power efficient. The EMUI can be quite aggressive when it comes to battery conservation. Fast charging isn’t supported, though.

Priced at 17,999 the Honor 8 Lite feels like a sweet deal, especially considering that it will also be available on offline retail shelves. It has decent camera performance, Looks beautiful and has a very engaging software. Most of the other companies in the offline space don’t even offer a full HD display at this price point.