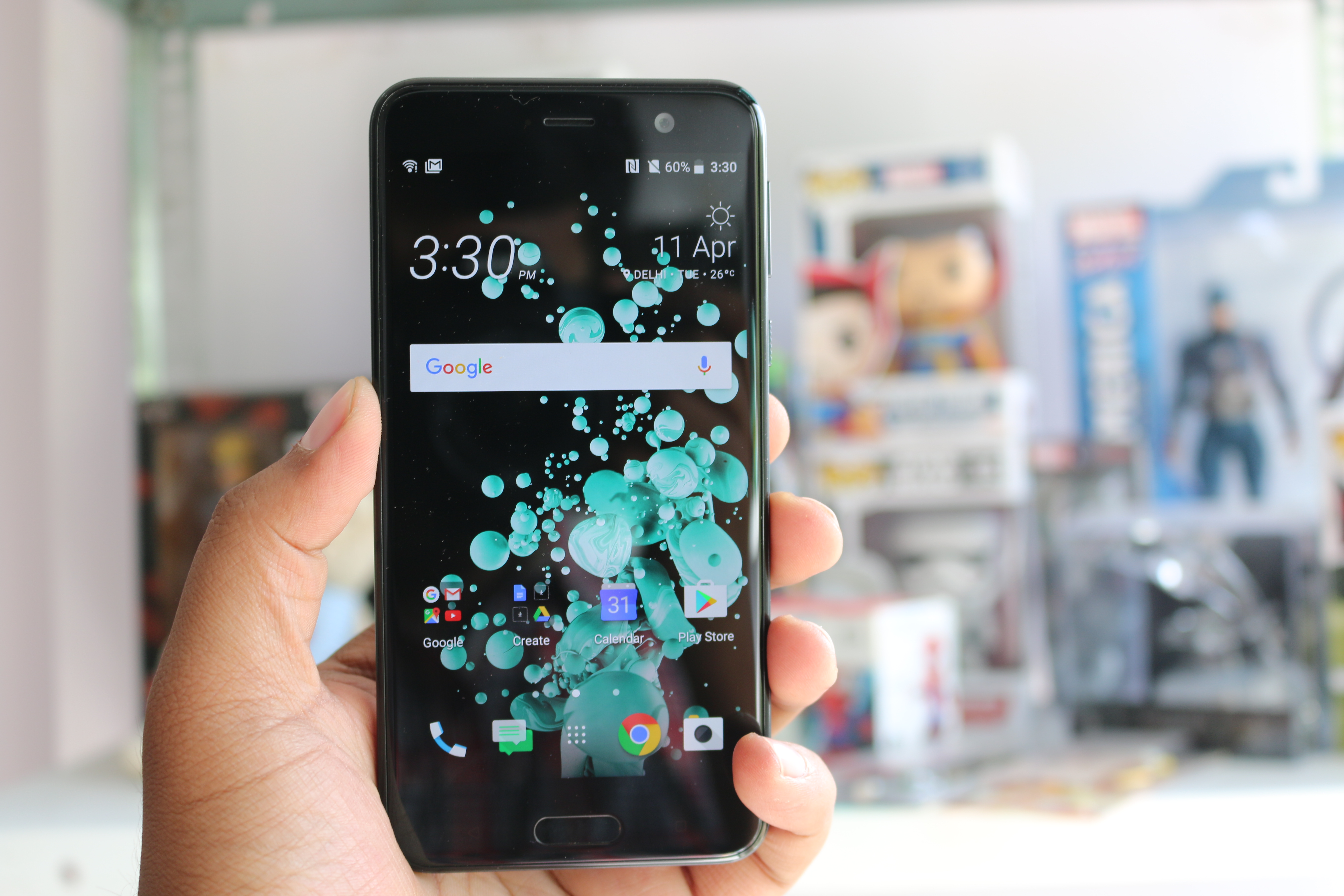 HTC’s U series phones are largely being viewed as a fresh start for the Taiwanese smartphone maker. HTC has tried to reinvent itself with the U Ultra and U Play, of which the U Play is the relatively more affordable and compact one, relatively being the keyword here. HTC is asking for 39,990 INR for its U Play, which certainly is a high-end price. Let’s see if it justifies its worth. 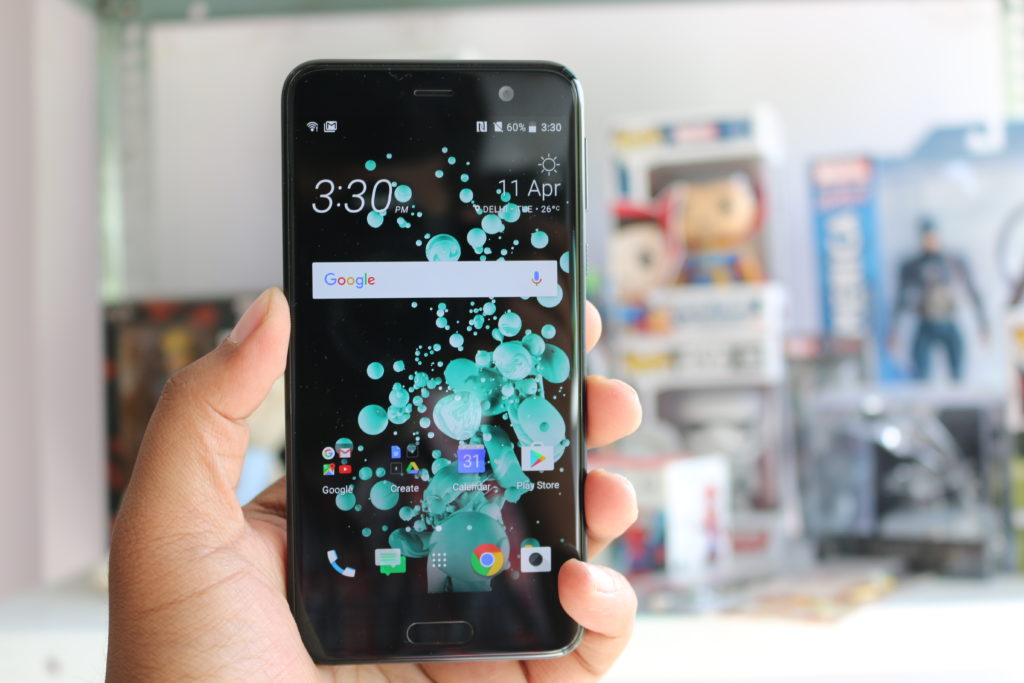 To begin with, the HTC U Play feels reasonably slim measuring 7.9mm and weighs 143 grams. The side metal frame is sandwiched between two layers of glass on front and rear, but it isn’t anything like conventional glass + metal phones. 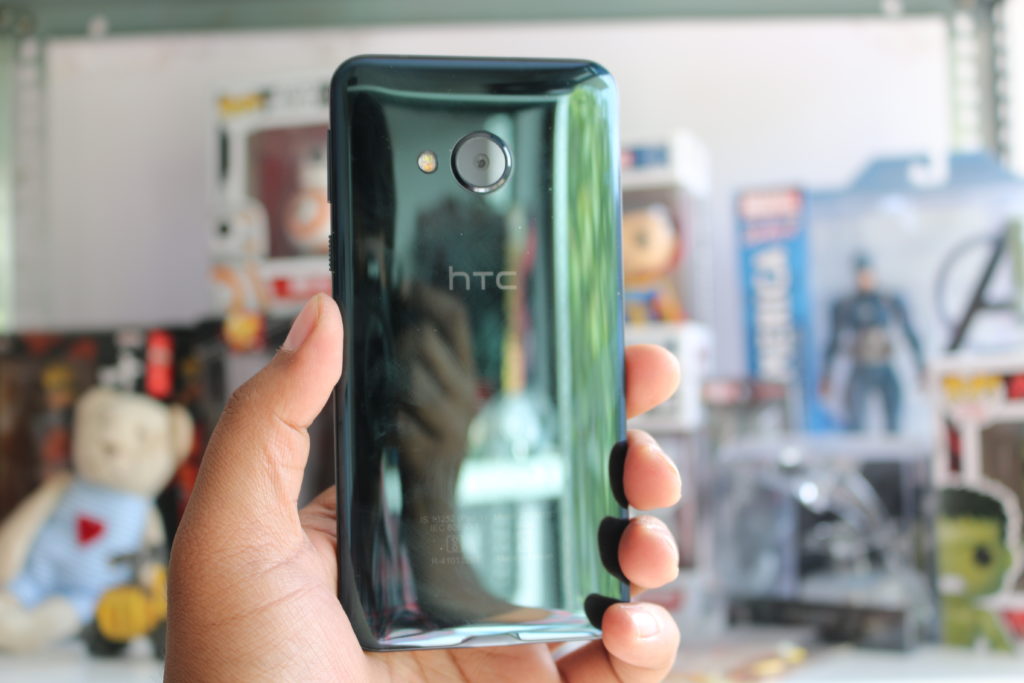 The new ‘Liquid surface treatment’ is what makes all the difference. This makes the phone look stunning, even though it attracts a lot of finger smudges. HTC also claims that it has bonded color to the glass of which there are multiple layers lending U Play more depth.

Since this one has a 5.2-inch screen, the overall form factor is quite manageable. HTC has used a physical navigation bar with a fingerprint sensor integrated home button in the middle. Keeping up with the trends, there is no 3.5mm audio jack on the HTC U Play and the audio is output via the USB Type-C port on the bottom, an unnecessary omission we feel. 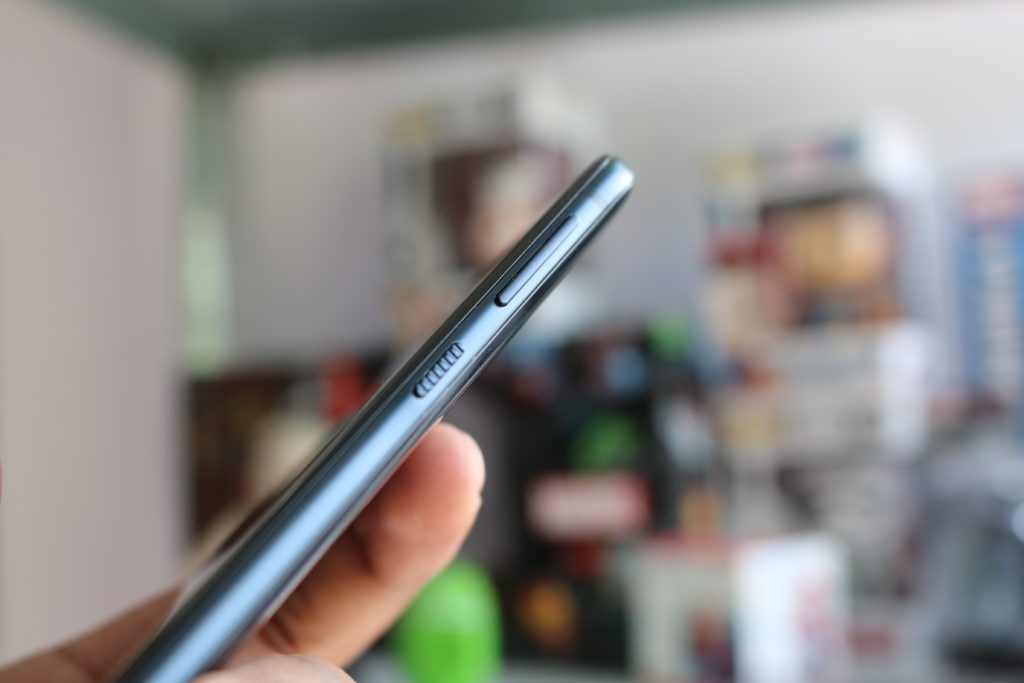 HTC is using a 5.2-inch SLCD display with full HD resolution on the U Play. We have seen some wonderful SLCD panels from the company in the past and the one used in the U Play is no less enticing.

It shows excellent brightness, well calibrated and vivid colors, high contrast, and wide viewing angles. You can adjust the color temperature to your taste from within the display settings as well.

The rear camera has a 16MP sensor with f/2.0 aperture and Optical Image Stabilization (OIS) and can capture decent images in good lighting and average in less than ideal lighting. Considering the price, the camera could have been better. 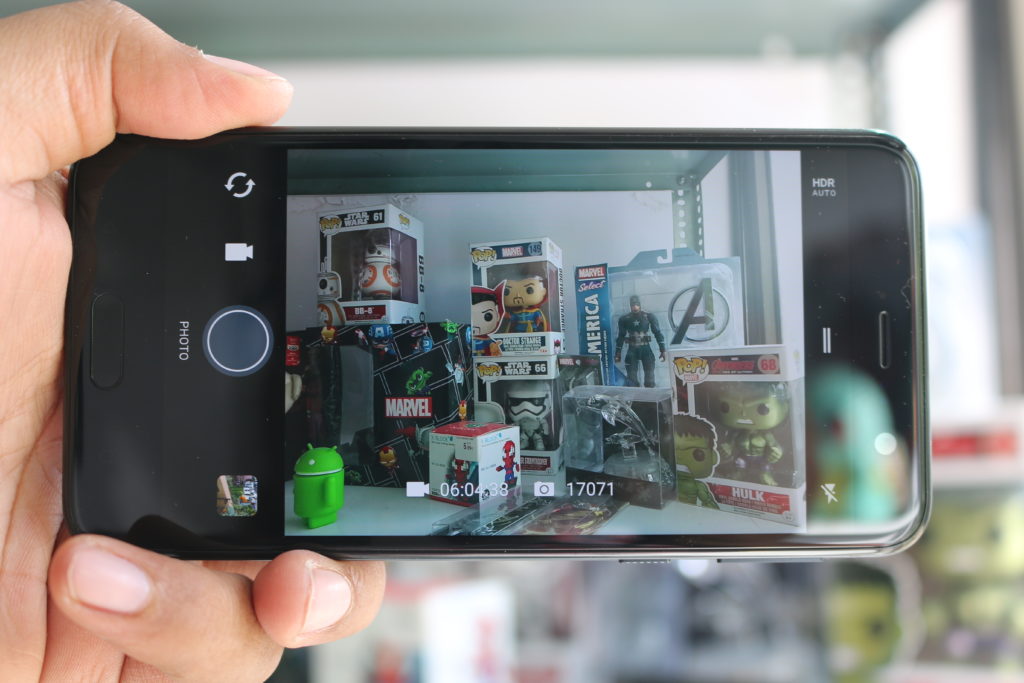 The camera software also includes Auto HDR that helps bring out details in shadow regions. The Zoe camera lets you shoot three seconds of video along with still footage and can be fun to play with. The video recording quality is also decent, though the camera can’t shoot 4K footage. 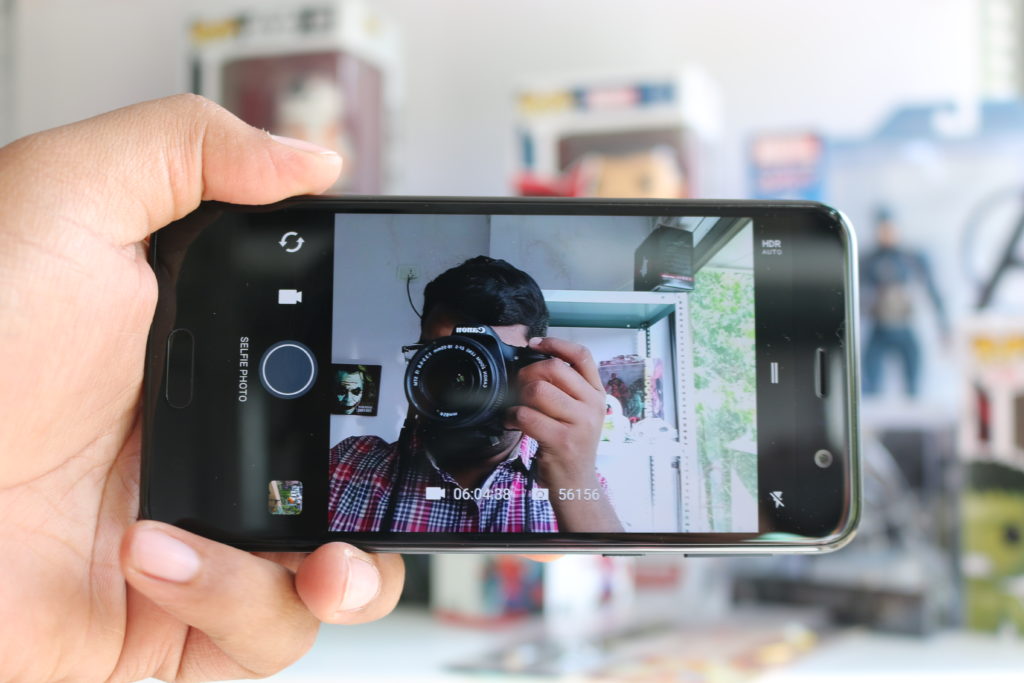 On the front, you will find a 16MP front camera also with f/2.0 aperture optics. The selfie camera performance is good.  You can also capture panoramic selfies to fit more in each shot.

HTC U Play is powered by MediaTek Helio P10 chipset, which certainly isn’t something you would expect in a high-end phone. The chip, however, provides optimum power for basic and moderate users without heating up and that’s why most OEMs prefer to use it, especially in phones meant to retail in offline space. 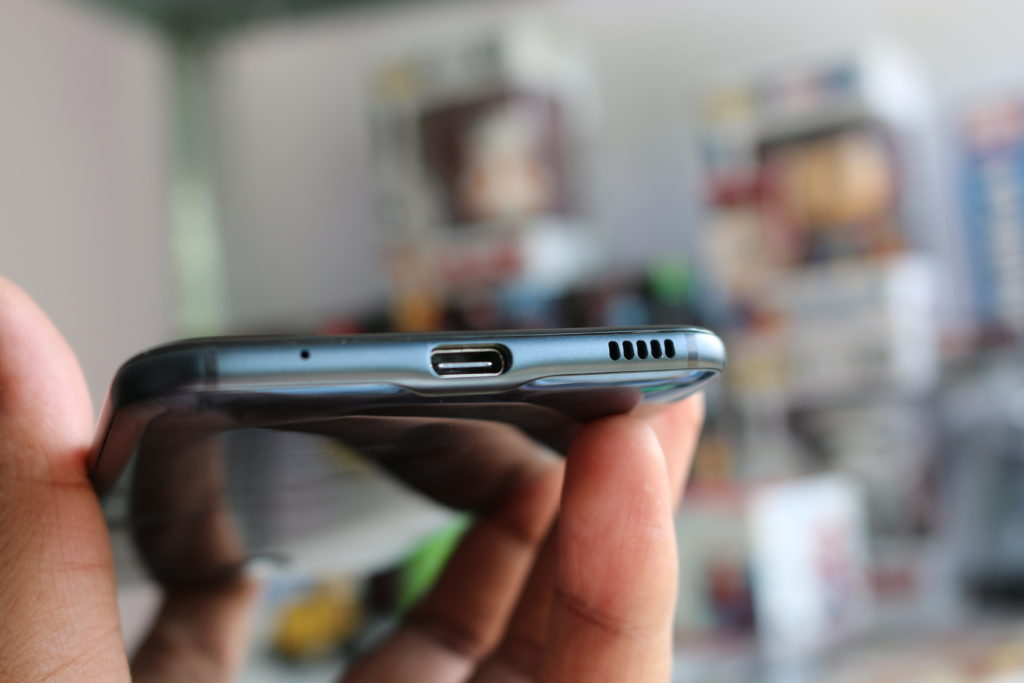 While performing routine tasks and even with moderate gaming, we weren’t left wanting for more. The performance felt pretty smooth for the most part. The chipset limitations show up if try to push it to limits by say, playing graphic intensive games or running video editing apps. At this price point, we were expecting a better processor from the company.

The latest Sense UI on the handset is layered on top of Android Marshmallow, which again, falls short of flagship standards (Android 7.0). The interface, however, is pretty mature and intuitive. The software also includes company’s new sense Companion AI assistant that lets you control your phone with Voice commands and will also proactively present relevant information that you might be interested in.

Surprisingly, the 2500mAh battery on the U Play lasted longer than we had expected. We could go through moderate usage days with a single charge, but on heavy usages days, we had to resort to mid-day charging.

HTC also bundles a 10W fast charger in the box. Overall, the battery backup is good enough if you are close to charging points through your day, but there is certainly room for improvement here.

HTC U Play is overall a decent experience for anyone who prefers a high-end compact phone experience, however, the price that HTC is asking for sounds very steep.