Generation of powerful smartphones is emerging, not only the Samsung but other companies like HP, HTC etc are getting for revolutionizing the smartphone market.

Today I am talking about a powerful unreleased smartphone from HTC i.e. HTC Ruby. HTC Ruby has already been seen over the internet, but the complete and confident specs were not known that time. 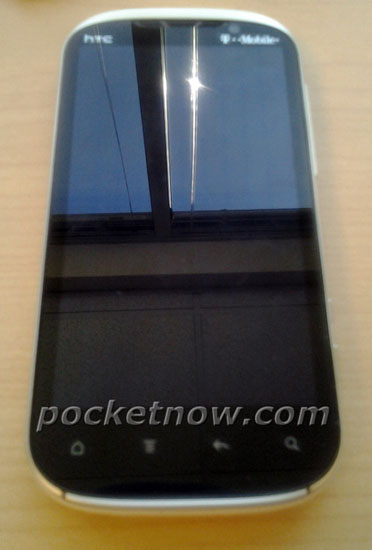 But now the specs are almost known. The information indicates that the device will be running on Android OS and will be heading towards T-Mobile soon.

The phone will be featuring the massive screen of 4.3-inches with qHD display which offers the screen resolution of 540 X 960 pixels. As I said this phone is one of the most powerful phones because it is powered by 1.5GHz dual-core processor.

Moreover, in the camera it is sported with 8MP camera rear and 2MP front camera. The performance of the phone is accelerated by 1GB RAM. The dedicated camera button which was missing in SGS II is available in this phone. There are no reports about the official release of the smartphone in the market.

So are you ready to adapt this new generation of powerful dual –core smartphones and tablets? Do share your opinion with us.