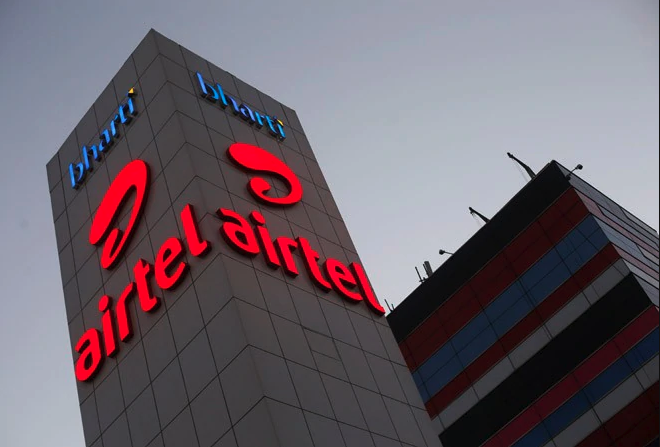 In the recent few years, we have seen a huge spike in the new users signing up for more than one OTT Platform. With each passing year, OTT Content Providers such as Netflix, Amazon Prime, Zee5, and others are becoming a more popular choice over existing Satellite Set-top box connections. The most common reason behind this shift is the amount of freedom and flexibility offered by OTT Providers. Platforms like Amazon Prime, Zee 5, and others allow users to stream content of their choice at any convenient time, unlike the case in Set-top box based TV which requires you to tune in to a specific channel at a particular time to watch a particular movie or TV Series of your choice.

This spike in OTT Users is also partially propelled by the additional benefits, combos, or complimentary packs being offered by network providers such as Airtel, Jio, and Vodafone Idea Limited. Airtel was one of the first major Network providers to jump on this race and offer multiple subscriptions to their subscribers for their Post-paid plans, Pre-paid plans, and even their Broadband Fiber connections. It didn’t take other players in the market a lot of time before they realized the potential of these OTT Tie-ups to offer their customers with a reduced pricing or complimentary access either through their Streaming apps or as a dedicated Subscription. 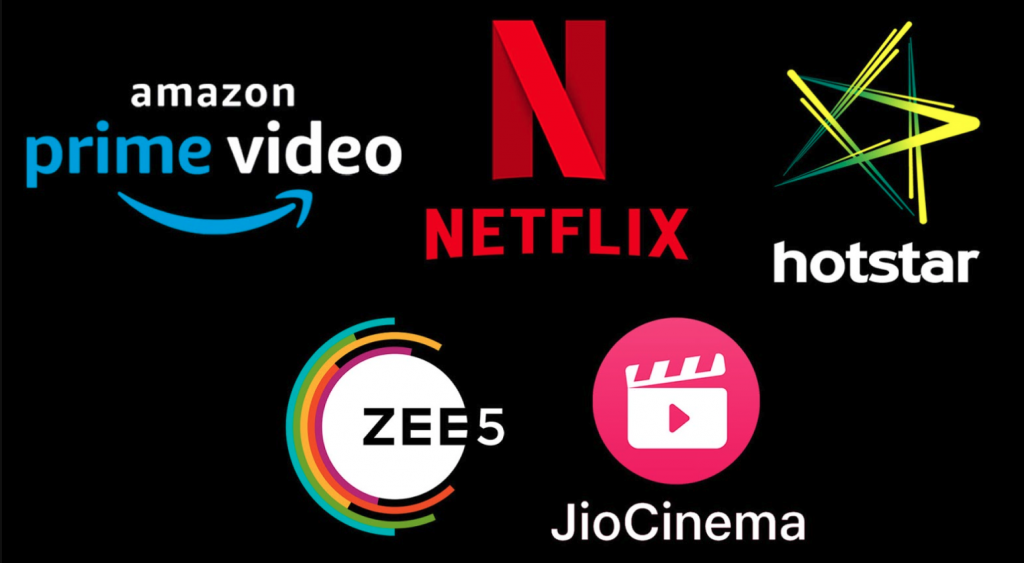 According to multiple market studies, Indian customers have by far the highest levels of numerous subscriptions among the surveyed countries, which included Singapore, Thailand, Australia, and the Philippines alongside India. This speaks volumes about the love Indians have for the OTT Platforms such as Netflix, Amazon Prime, Zee 5, and Hotstar. Owning multiple OTT Subscriptions might sound like a good deal as it provides unhindered access to a lot of the latest movies and TV Shows, it can soon get cumbersome on the pocket.

Most of the OTT Platforms offer premium value at affordable pricing; however, owning multiple of these subscriptions means the prices add up very quickly. Luckily, the Network and Internet Service providers have realized this and now offer good Combo plans that include subscriptions to these platforms as a part of the existing internet or rental package. Airtel, Jio, and Vodafone all offer access to at least one OTT Platform as a part of the deal when you get their Mobile or Broadband connection.

We’ve different services being offered by Airtel, Jio, and Vodafone Idea Limited when it comes to the post-paid plans on Mobile Network. Airtel was one of the major players who first jumped on to offer additional OTT services bundled with their pre-paid and post-paid plans. Most Airtel subscriptions of at least Gold level come with unrestricted access to their Airtel Xstream service which offers shows and movies from multiple OTT platform free for the users. This was priorly known as Airtel TV and offered access to over 350 live channels in multiple languages. The service also curated access to over 10,000 movies and TV shows from partners including Zee5, Eros Now, YouTube, and Curiosity Stream.

This offering from Airtel was unmatched for a while until Jio stepped in with their service and offered good competition in the market. Jio comes with its own services for streaming Live TV, Movies, and TV Shows. This comes in the form of two separate applications called Jio TV, and Jio Cinema that together offers similar access as the Airtel Xstream package. While this looks lucrative for most users, the fact that most of these services are limited to access on a mobile phone does feel like a limiting constraint to a few users. The network providers have then realized the requirement of users and have started offering dedicated Full Access subscriptions being offered for free as a part of their combo plans to the customers.

Airtel users who have subscribed in the past, before January 15th, 2020 get access to Netflix for three months, this was a significant move by the network provider as the Netflix Subscription alone cost just as much, or more than the Airtel Post-paid with the Rs 499 rental plan. However, currently, the offer has expired, and users do not get access to Netflix on this plan anymore, the users of Airtel Post-paid now get access to the Amazon Prime and Zee 5 subscriptions. Airtel is one of the few Network Providers in the current market to offer more than one OTT Subscription as complimentary with their service. The base Rs 499 plan now comes with Amazon Prime subscription worth Rs 999 and unlimited lifetime access to Zee5 Premium.

The Amazon Prime and Zee5 Subscriptions offered by Airtel here are over and above the access to Airtel Xstream service which includes over 10,000 Movies and TV shows for users to watch. Airtel also offers access to Disney+ Hotstar on their pre-paid plan; you will need to subscribe to their Rs 401 to avail free Disney+ Hotstar access for a year. Airtel also comes with the Rs 349 plan on the pre-paid mode which gives users access to Amazon Prime for a Year along with Zee5 subscription. Airtel has a competitive edge in the mobile network with multiple offerings to cater to all its customer’s requirements.

The Lockdown period in India and abroad has seen a significant spike in the consumption of these OTT services as students, working professionals, and business people are all forced to stay home for the greater part of the week. The OTT platforms such as Netflix, Prime Videos, and Zee5 have come as a boon to drive away from the boredom with fresh and interesting content being accessible at the convenience of the user. Complimentary access to the Zee5 subscription, and Amazon Prime by Airtel with their Post-paid plans feels like a very calculated decision that has greatly helped with the overall sentiment of the users who seem to be extremely happy with the value they are getting for the money they spend.

Jio also comes with its own Jio TV, and Jio Cinema applications and offers a good number of Live TV Channels, and other Streaming media on the platform. Jio also offers access to Disney+ Hotstar with some of their Pre-paid plans and Post-paid plans will likely offer a similar deal in the future. Currently, the Rs 401 plan from Jio offers Unlimited Calls & SMS along with 90GB of High-Speed 4G data for 28 days. The plan also comes with bundled Disney+ Hotstar subscription for the same period. 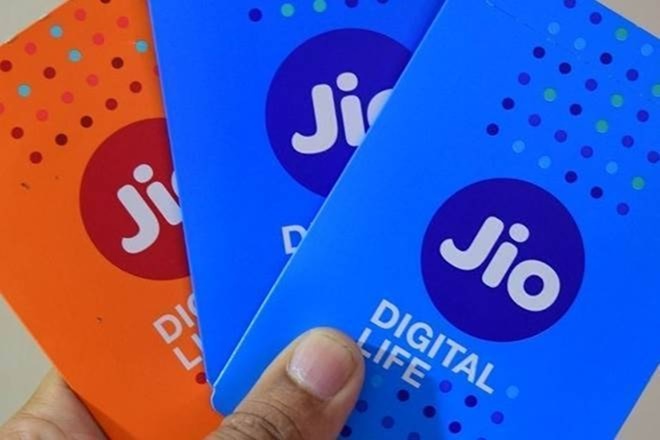 If you are looking for a long-term plan, then you can choose the Rs 2599 plan that comes with the same features as the above Rs 401 Plan but offers 740GB of High-speed data for a tenure of 365 Days. Both these plans offer Disney+ Hotstar for the tenure of the plan. You can also choose between one among the four data add-on plans that come with bundled Disney+ Hotstar subscription of you already have a long-term plan with Jio.

Talking about Vodafone Idea Limited, the mobile network provider also offers Zee5 and Amazon Prime for 1 year if you opt for their Vodafone Red plan worth Rs 499. This looks like a fair deal, and you will have access to Amazon Prime as long as you stay in the Vodafone Red subscription plan for up to 1 year after the complimentary 1-year offering you will be notified about the auto-renewal three days prior to expiry, and you can decide if you wish to continue with the subscription. Vodafone also comes with a premium Red X plan that offers Unlimited data, priority 4G, better Speeds, Airport Lounge Access, and free Netflix subscription for an entire year. This RedX plan from Vodafone is on the upper end of the market at Rs 1,099 but offers subscriptions to Netflix and Amazon Prime at the same price.

Similar to the Post-paid mobile network plans, even Broadband offerings come with complimentary OTT services these days. Airtel, and Jio both offer free OTT subscriptions with some of their plans. This might be a better deal for a few who do not want to shift to Post-paid but still want to enjoy the content on the complimentary OTT services. Airtel comes with high-speed broadband connections paired with OTT providers such as Amazon Prime, and Zee5. The services are available on Airtel starting form the Rs 999 plan which offers speeds up to 200Mbps, Unlimited internet, and Unlimited Calls using their network.

These services are over and above the free access to Airtel Xstream service, which is included in the Airtel Broadband subscription. Even in the Broadband plans, the Amazon Prime service is being offered for one entire year for free at no additional cost and users can continue to access Zee5 as long as they are subscribed to the Airtel Broadband connection that offers Zee5 as an add-on. 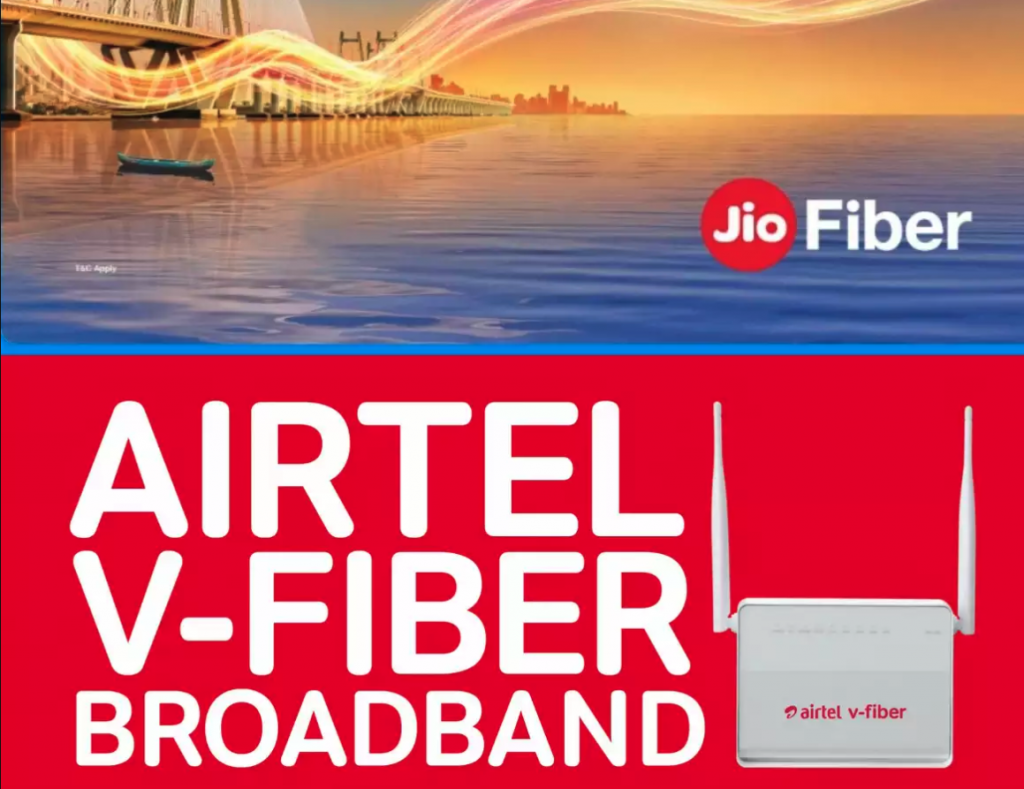 Jio has plans starting from Rs 699 that offer speeds of up to 100Mbps on their Fiber connection. However, upgrading one-step to the Rs 849 gives users access to Disney+ Hotstar, Sony Liv, Zee5, Alt Balaji, Voot, and more OTT platforms. However, to gain access to the Amazon Prime Video platform, you will have to go yet another step and shell out Rs 1,299 which gives you access to speeds of up to 250Mbps.

Despite the additional OTT services from Indian providers, the Jio Fiber feels a little expensive here as Airtel is offering speeds of 200Mbps in most circles at a lower price of just Rs 999. Signing up for a Jio Fiber connection also gives you access to Jio Cinema similar to the Airtel Xstream being offered on Airtel.

Overall, most of the mobile network providers and Broadband providers now offer at least one OTT as complimentary to their subscribers. This adds to the content of the subscribers as they do not need to shell out additional money to gain access to a particular streaming platform. This is a win-win situation as the OTT Platforms also get better penetration in the market with more users onboard their platform. The user sentiment has been very affirmative with this regard most of the users seem to enjoy this additional benefit that is being offered by the network providers. 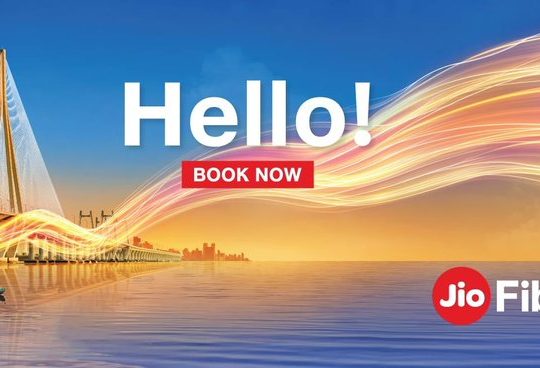 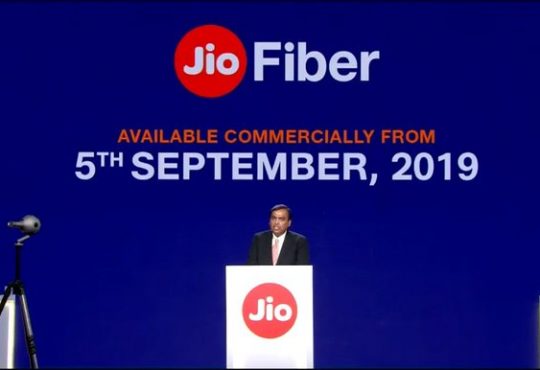 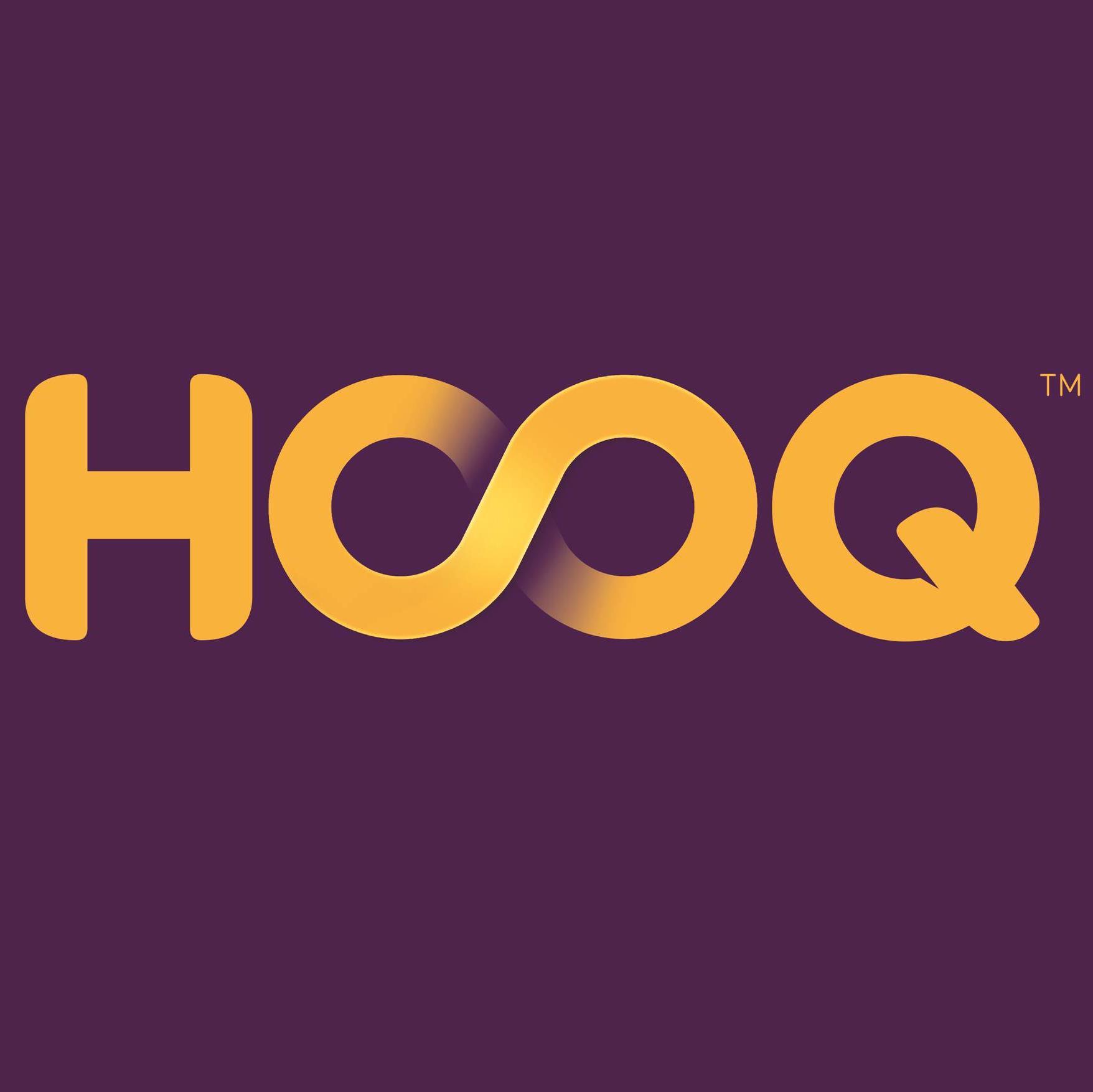 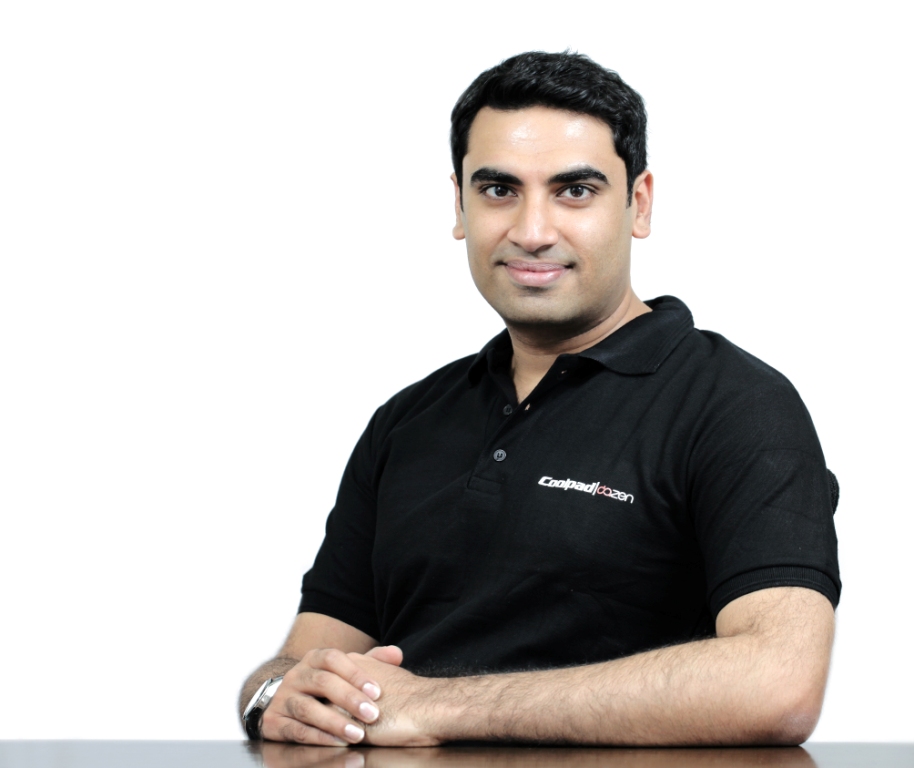 Coolpad To Enter Indian Market With Dazen Brand Of Smartphones 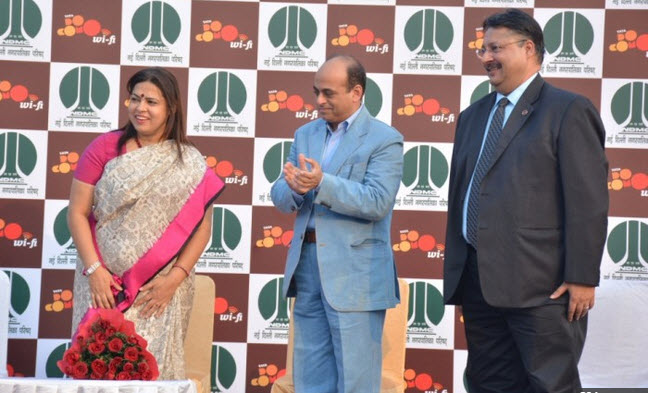