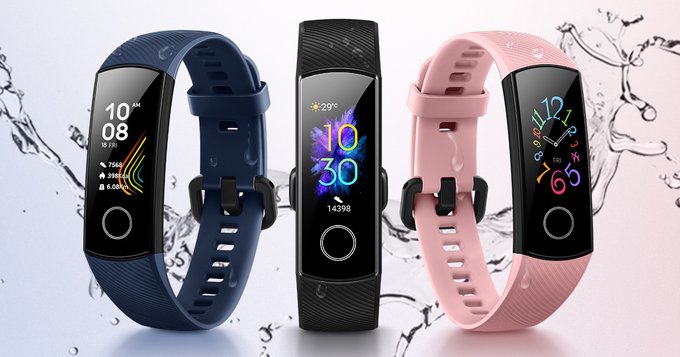 HUAWEI’s sub-brand Honor has launched a new fitness band, the Honor Band 5, which is the successor to the Honor Band 4. The Honor Band 5 has been carried forward to India a month after it had gone on sale in the homeland, China.

The Honor Band 5 is launched with a budget price tag of INR2,599 and made available exclusively on Flipkart starting today. Buyers will have three color options- Midnight Navy, Coral Pink, and Meteorite Black- to choose from.

Buyers can avail 10% instant discount on ICICI Bank credit and debit cards and a 5% discount on Axis Bank Buzz credit card. As usual, the Band 5 will also be available with INR91 per month EMI option.

The Honor Band 5 flaunts similar design to the Honor Band 4 with a round button for navigation and same textured silicon bands. 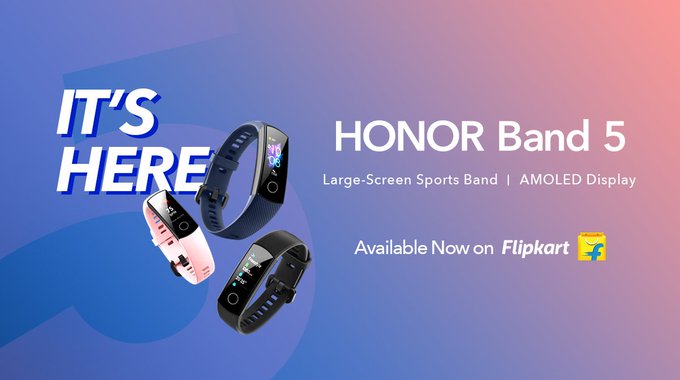 It seems the SpO2 sensor which determines blood oxygen level hasn’t made into the Indian version of the Honor Band 5. Sadly, the NFC feature is also missing. Nevertheless, the Honor Band 5 is 5ATM waterproof to safeguard the wearable from up to 50 meters of water immersion.

The automatic activity tracking help tracks 10 fitness activities that include running, cycling, swimming strokes, and calories burnt count. There are also a sedentary reminder as well as a Find my Phone feature coming in tow.