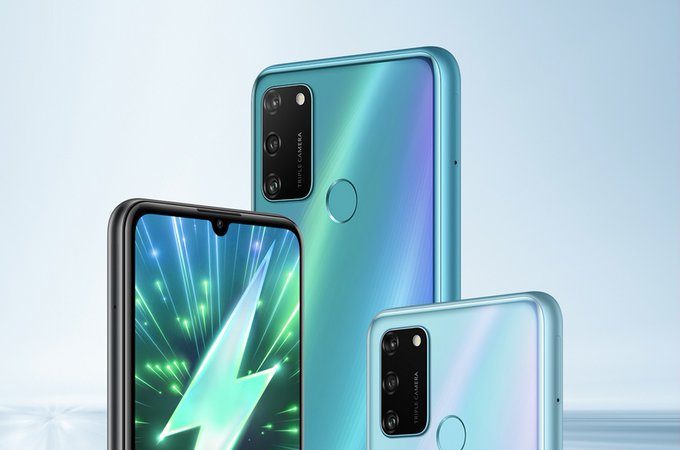 Honor today launched two new smartphones in India, dubbed as the Honor 9A and Honor 9S. The same MediaTek octa-core processor powers both the smartphones. But they differ in terms of other aspects with the Honor 9A getting low mid-tier specs and the Honor 9S featuring an entry-level spec sheet.

The Honor 9A will be available in Midnight Black and Phantom Blue color option while the Honor 9S comes in standard Black and Blue colorways.

The Honor 9A sports a 6.3-inch HD+ (720×1600) LCD Full View Display with 20:9 aspect ratio and TUV Rheinland certified protection for eyes. Under the hood, there is a 12nm MediaTek Helio P22 SoC coupled with 3GB RAM and 64GB internal storage. The latter can be expanded further up to 512GB using a dedicated microSD slot.

On the back of the phone, a rectangular triple camera setup includes a 13MP primary sensor, a 5MP ultra-wide sensor, and a 2MP depth sensor. On the front, an 8MP selfie shooter resides in a water-drop notch. 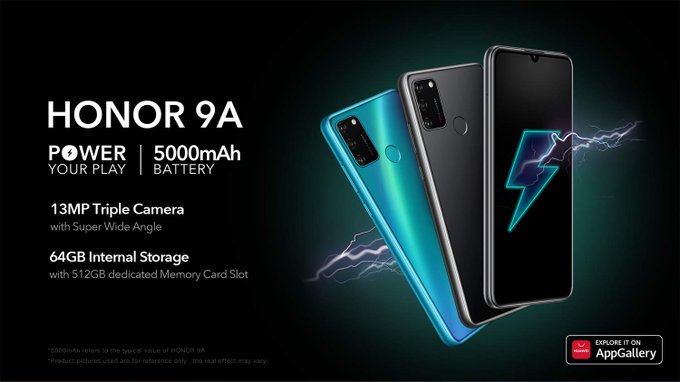 The Honor 9A runs Magic UI 3.1 based on Android 10. Instead of the Google Play store, the phone comes with HUAWEI App Gallery. A 5,000mAh battery equipped with reverse charging keeps everything ticking.

The Honor 9S features a relatively smaller display at 5.4 inches with HD+ (720×1440) resolution and a 18:9 aspect ratio. The screen doesn’t have a notch or a punch-hole cutout. The top and bottom bezels are thick, quite like the old-school smartphones.

Driving the handset is the same MediaTek Helio P22 SoC paired with 2GB RAM and 32GB internal storage, which is expandable up to 512GB through a dedicated microSD card slot.

The rear of the smartphone mounts a single 8MP sensor inside of a square-shaped setup while upfront, there is a 5MP sensor placed on the top bezel.

Again the Honor 9S runs Magic UI 3.1 based on Android 10 with no Google Play services. It gets a smaller 3,020mAh battery to keep the light on. There is no fingerprint scanner either, but the phone has a face unlock feature.