Honor 8X : The #BattleKing is here 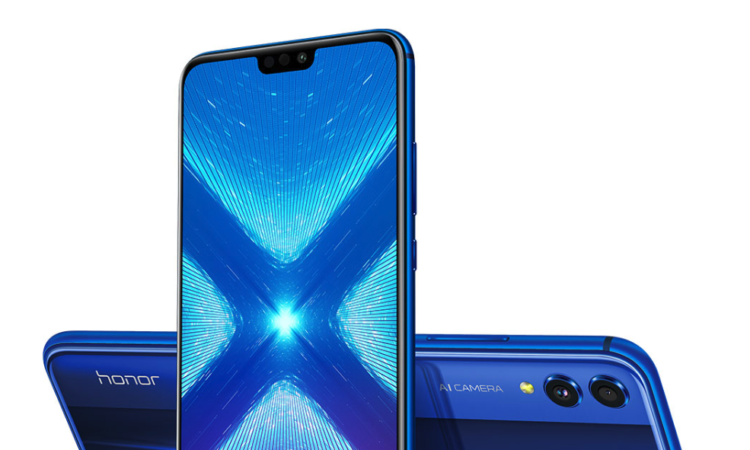 There’s a lot of buzz around the upcoming launch of Honor 8X which is a successor to the Honor 7X launched last year. The Honor 7X was one of the first phones to adopt the 18:9 aspect ratio in its display last year in the mid-range smartphone segment. It was one of the best selling mid-rangers thanks to the amazing design, performance and more.

The Honor 8X takes a very different route from the mid-rangers that we see in the market today. All of the other players have a similar display in the front with a notch with a very basic looking back. Honor 8X moves to and follows the same design ideology that Honor 7X carried. 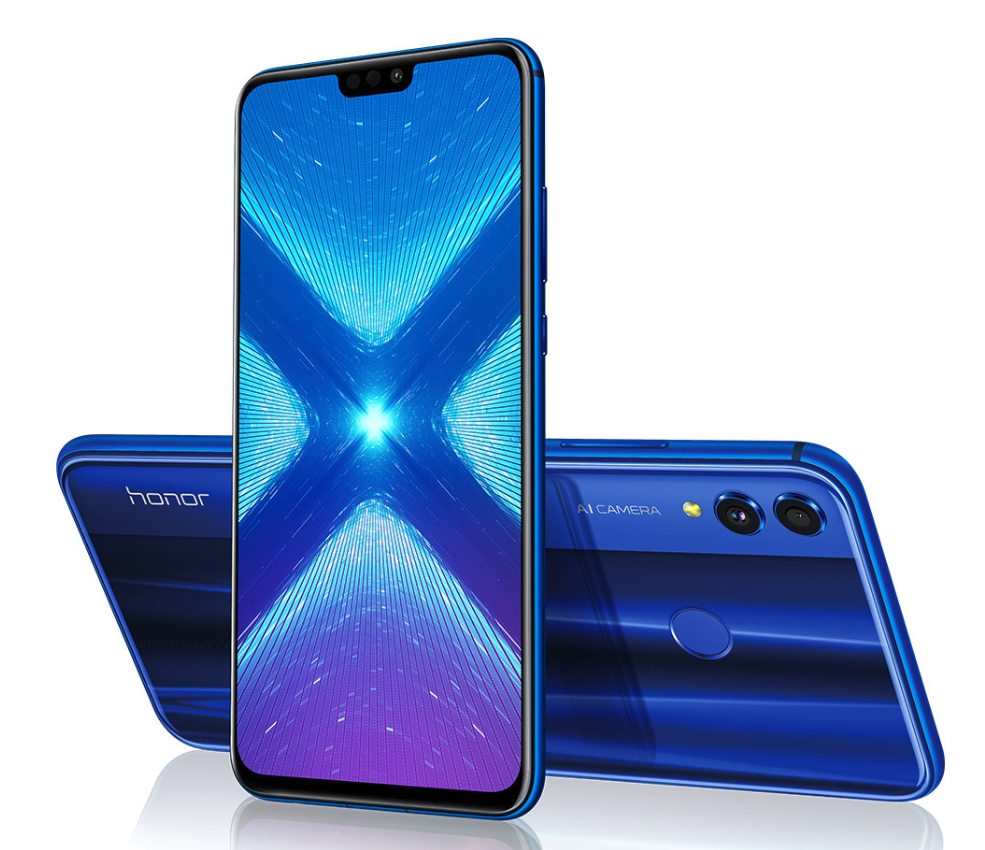 You get a really nice looking glass back on the phone that has a dual tone finish. It essentially shows the same color but the narrow part of the dual tone back has a matte based color under the glass which gives this phone a really nice looking futuristic look. This is definitely one of the best-looking smartphones available in India.

The Honor 8X will launch with a 6.5-inch display with an aspect ratio of 19.5:9. Honor has designed the phone in such a way that even though the 8X has a 6.5-inch display, it still has the same body and form factor as that of a 5.5-inch phone. The display is laid out in such a way that covers most of the front of the phone and has very narrow bezels for the best smartphone display experience.

The display panel being used here is an IPS LCD display and since it is laid out in 6.5-inch with a resolution of 1080 x 2340 pixels. it has a screen to body ratio of about 396 ppi. The display also covers 85% of NTSC color gamut and has video enhancement for an amazing media consumption experience. 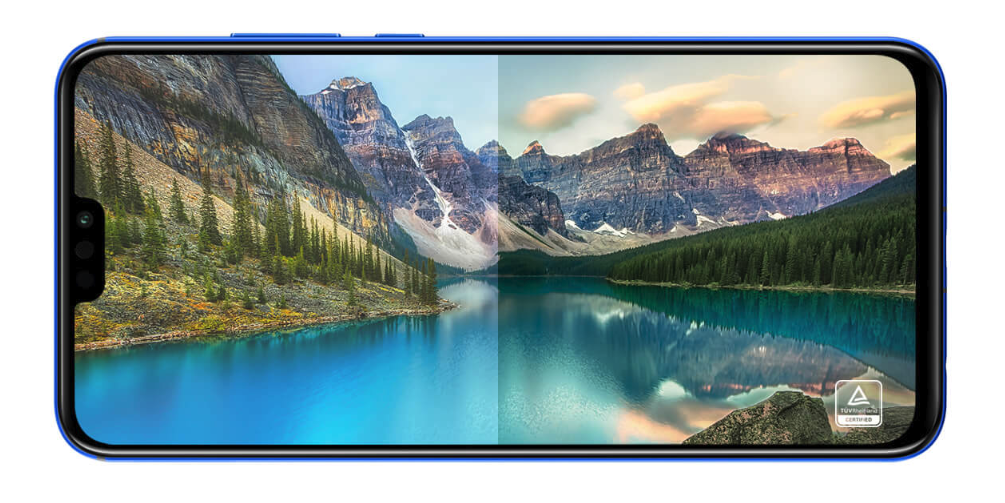 The display has another merit that not many smartphones out there carry. The display is certified by TÜV Rheinland for Unique Eye Comfort Mode. This means that the phone works with a really low blue light radiation which reduces eye fatigue and also helps your body regulate sleep cycles properly. It also has a Sunlight display technology which basically makes the display clearer under bright sunlight.

The Honor 8X has a dual camera set up at the back with a 20 MP primary sensor along with a 2 MP depth sensor at the rear. The primary sensor has an aperture of f/1.8 which is great low light imaging. Honor is also taking advantage of AI with the camera and it can identify 22 different categories of objects in images and 500 scenarios in real-time. It also has a beauty effect that can easily take care of retouching images in the processing. 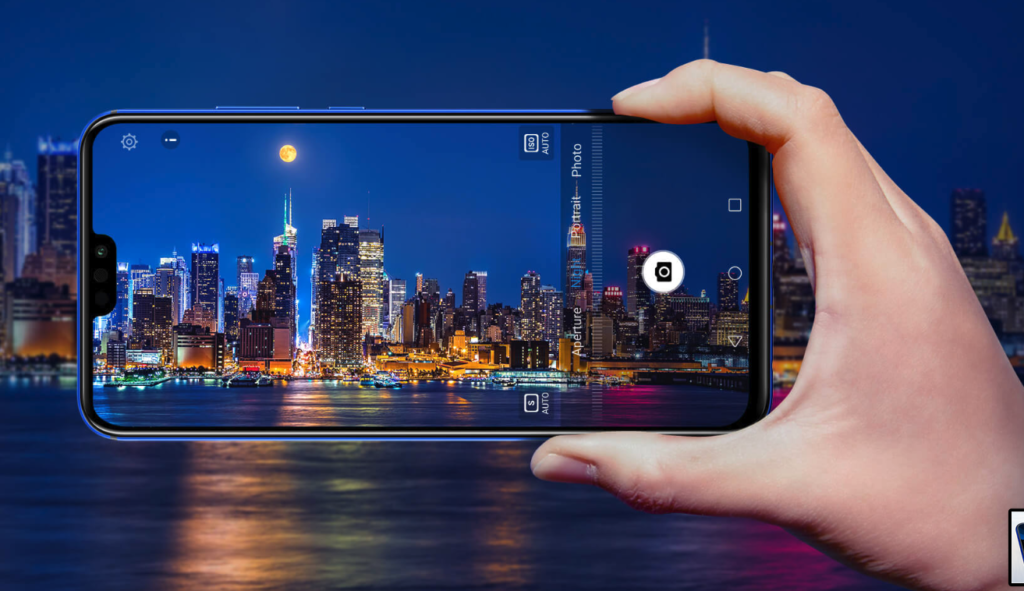 Coming to the selfie camera in the front, the front camera has a 16 MP sensor and the lens has an aperture of f/2.0. The selfie camera works great in the daylight and Honor has implemented a lot of tweaks to make the low light selfies from the front camera look good. Honor has also gone ahead and designed a new back for the phone. It has a glass back with two different effects and this gives the phone a new modern look which is nowhere to be seen in mid-rangers except for a few phones like Realme 2 Pro, Nokia 5.1 Plus etc.

This device is powered by powerful Hisilicon Kirin 710chipset. If you want to compare this chipset with a Qualcomm alternative, you can think of it as a chipset that is similar to Snapdragon 710. Last year’s Honor 7X had a HiSilicon Kirin 659 which was based on a 16nm platform while the new HiSilicon Kirin 710 is based on a 12nm platform. This brings a lot of improvements like better cooling, power efficiency, and performance.

The Honor 8X has a Mali G 51 GPU and as per the company, you get 130% improvement in graphics and about 75% when it comes to single-core CPU related functions. These stats basically mention that the Honor 8X is a great performer. Honor has also included GPU Turbo and it enhances the graphics which in return gives the stunning and full HD video experience. This mode also increases FPS stability while gaming and also reduces battery consumption which is a very useful thing.

The phone has a huge battery that has a capacity of 3750mAh. As per the company, the phone can be powered by this battery for a full day of heavy use. Honor’s EMUI 8.2 also comes with a lot of amazing features that can help you conserve battery life while you’re using it. These features aside, even the GPU Turbo is supposed to be a booster in-game performance that can also tweak the amount of battery used while you’re gaming on the phone.

The Honor 8X is definitely a winner in its price segment. The phone runs on Huawei’s own EMUI 8.2 which brings a host of features to the already easy to use EMUI. The phone also aims to have a great display viewing experience with the full HD+ 6.5-inch display that has a great pixel density. Even the cameras and the amount of work Honor has put into the rear camera setup and the front camera is amazing.