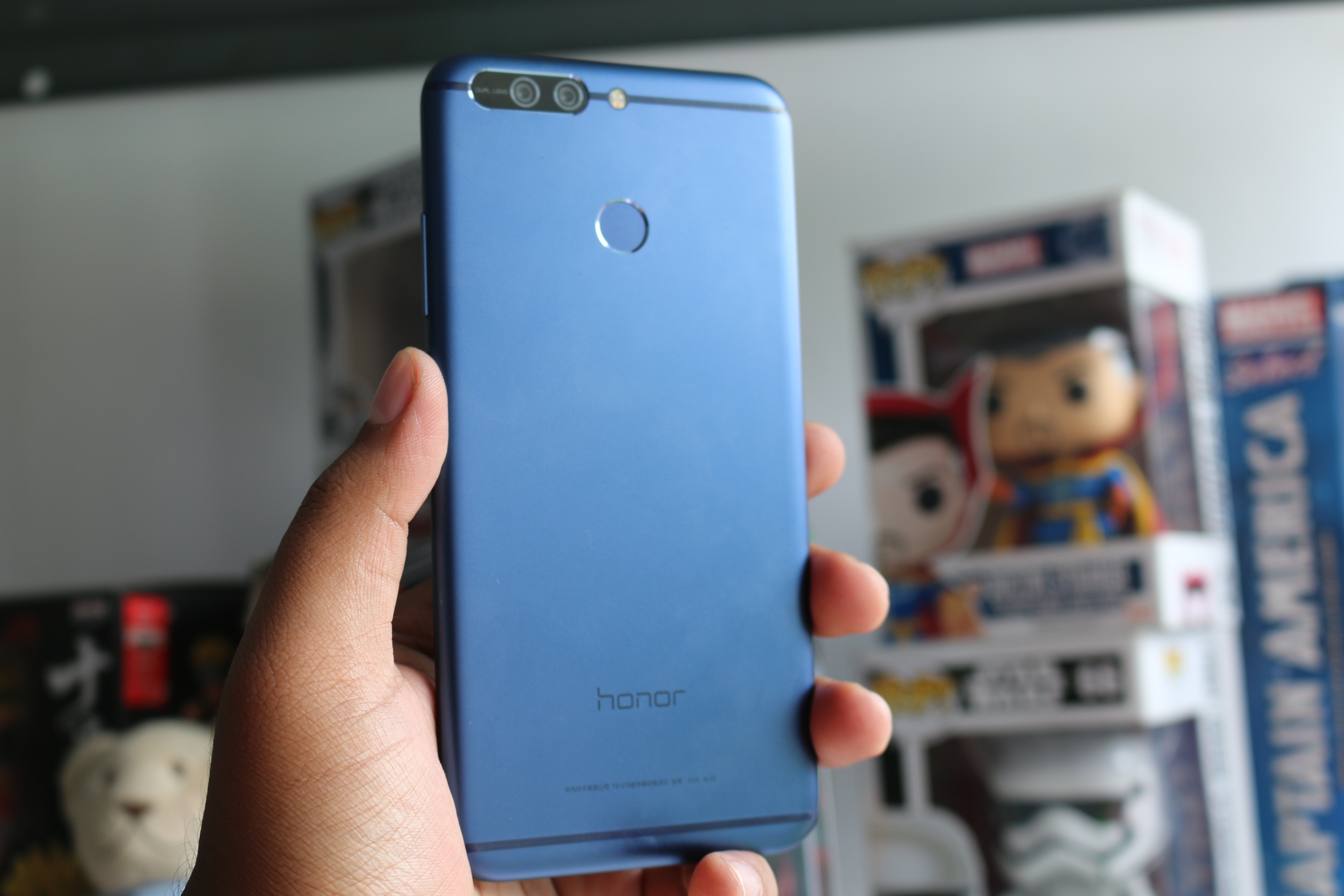 Huawei recently launched a new mid-range flagship, the Honor 8 Pro in India – a well-built premium phone with top-shelf hardware and an effective dual camera system. Now, this isn’t the first time Huawei is using a dual camera set-up. In fact, the Honor 6 Plus launched a few years back was perhaps the first mainstream phone to flaunt two rear cameras.

Over the years, however, Huawei has perfected the art and these dual-cameras have veritably emerged as its key strength. Let’s see how well the technology has been implemented on the Honor 8 Pro. 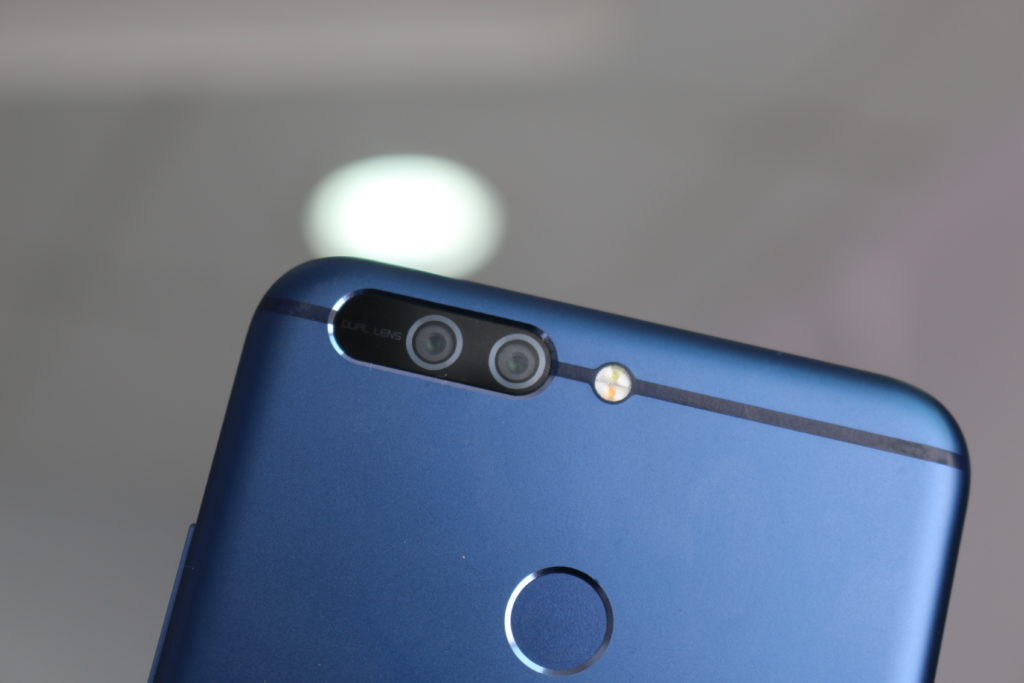 On the hardware front, the Honor 8 Pro has two 12MP sensors each with f/2.2 aperture lens. These sensors also benefit from fast Phase Detection Autofocus and a dual-tone LED flash. Huawei combines a monochrome sensor with a standard color sensor.

That is to say, that one of the sensors in the Honor 8 Pro can detect colors while other is Black and White one that can’t differentiate between them. This is because the second sensor doesn’t have a Bayers filter on top of it and doesn’t need to filter light, and thus it can gather more light.

The two sensors combined can capture much more light than a single shooter and then the software algorithms, which Huawei has perfected over the last three generations, combine the feed from the two sensors resulting in sharper details. This is also why the images shot by Honor 8 Pro show stunning clarity even in low light. 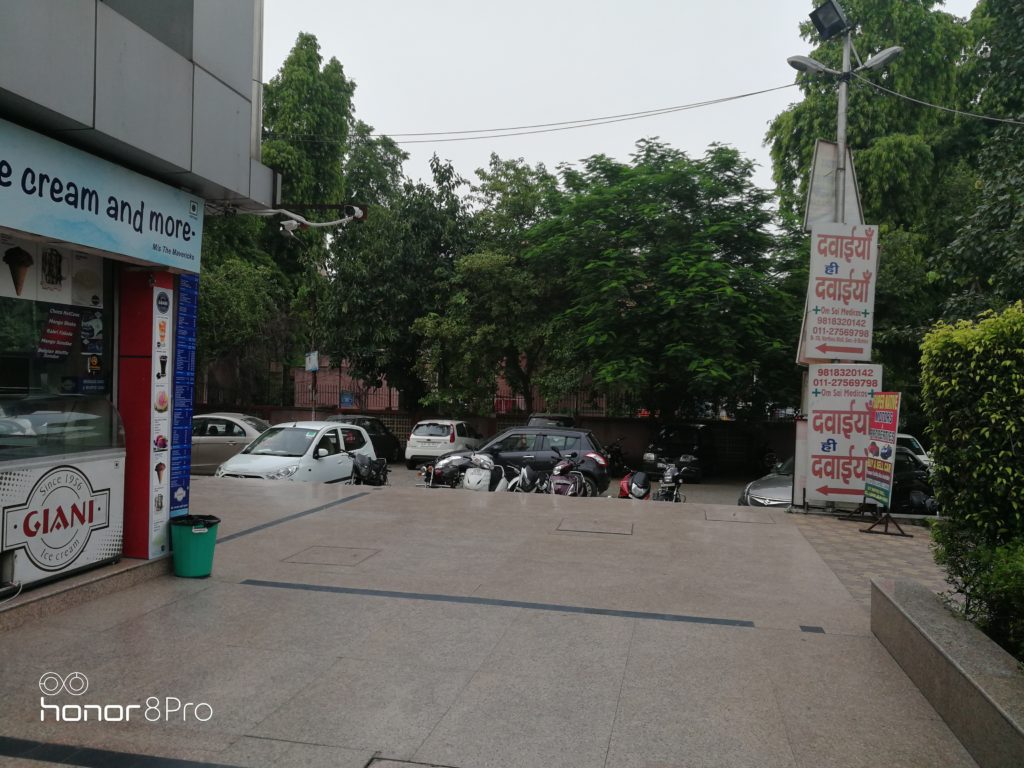 To accomplish this otherwise would require a huge, ugly camera bump, but instead, the dual rear cameras on the Honor 8 Pro sit flush with its metal back, even in a body that’s just 7 mm thick!

The resulting camera performance is awesome irrespective of the lighting condition. Performance-wise, the Honor 8 Pro is hands down the best camera phone in its class. The amount of resolved details, dynamic range, and color contrast in images will make you skip a heartbeat. Even in very low light scenes, there is very little visible noise. 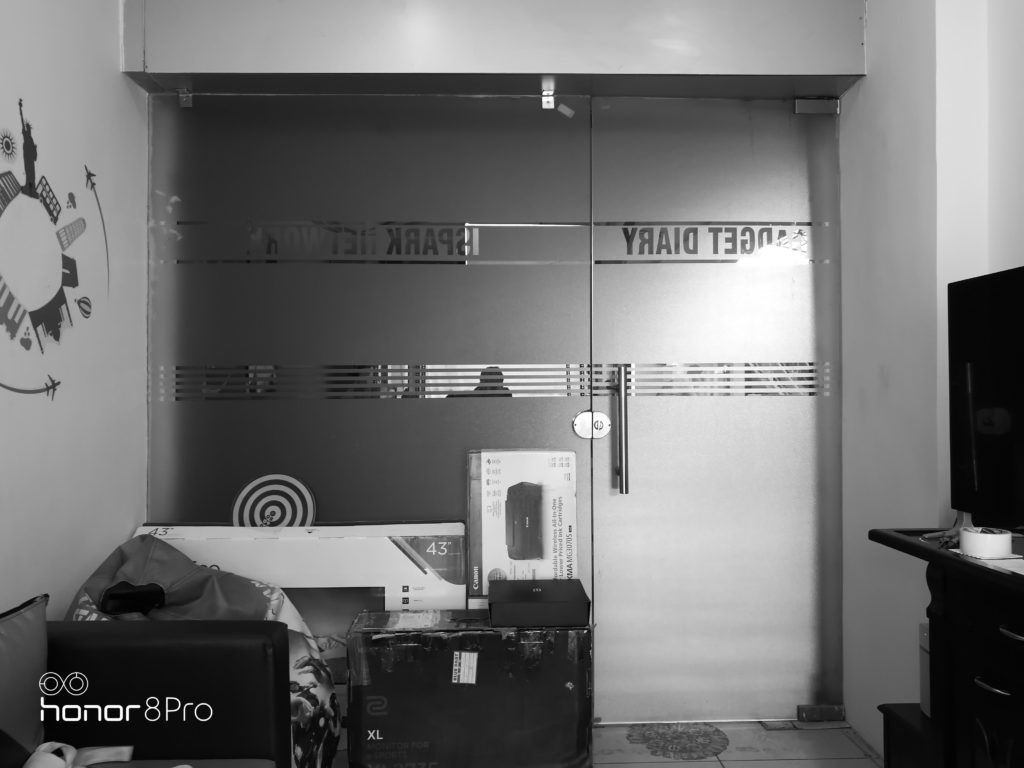 Apart from the quality hardware, the software on the Honor 8 Pro is also quite engaging. The camera app is well designed one with all the options that you will be using frequently present on the viewfinder.

You can use the wide aperture mode to shoot images with shallow depth of field effect or to blur the image backdrop. Just tap the Wide aperture mode icon and adjust the aperture value to set the intensity of the blur. You will see the live bokeh preview in the viewfinder. The software algorithm here works perfectly and you get DSLR-like flawless, creamy bokeh portrait shots. 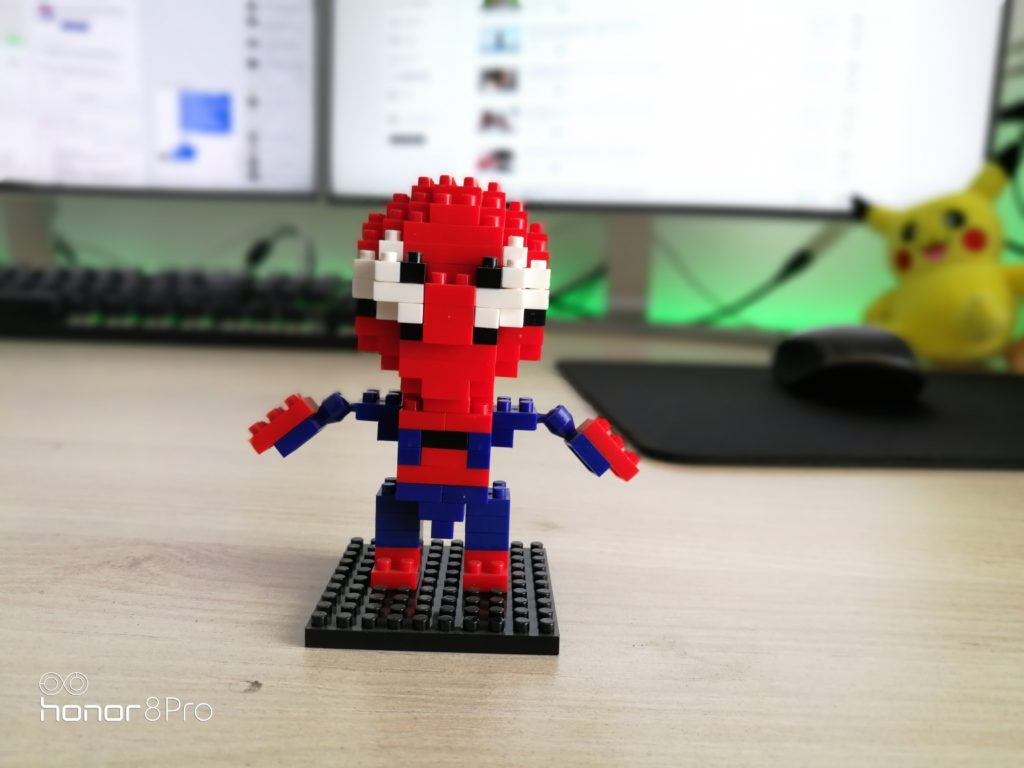 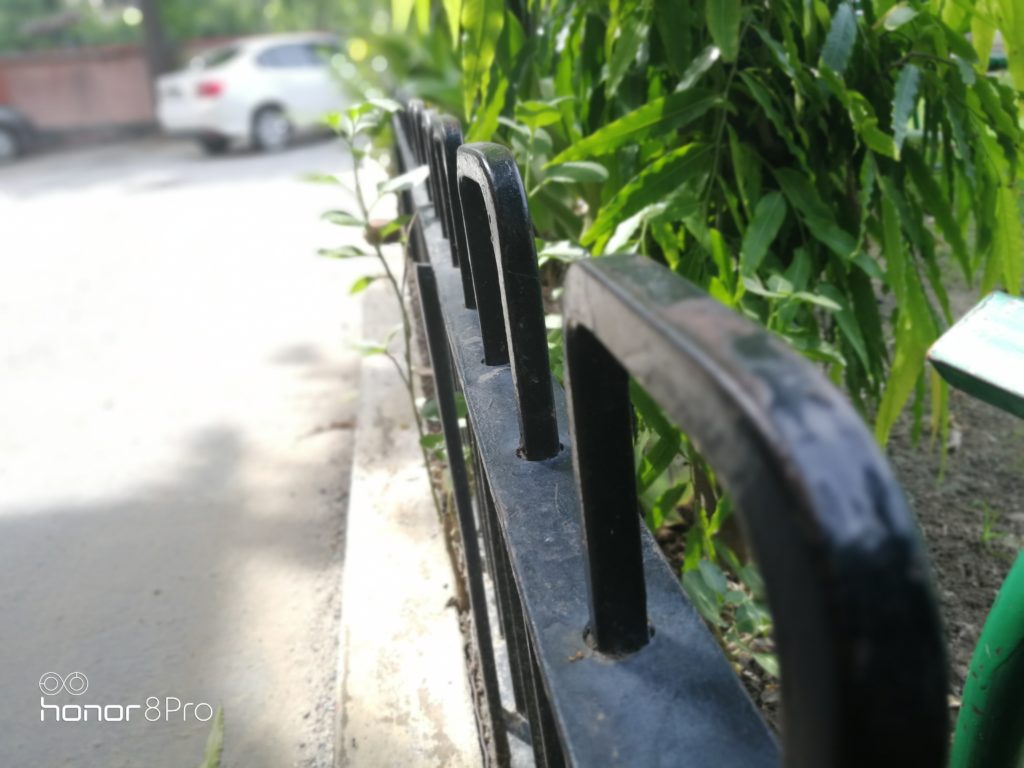 You can also swipe from the left edge to access a ton of shooting mode. One of these is the Monochrome mode that lets you shoot clean and detailed B&W images straight from the rear camera itself. These Monochrome shots have excellent quality in daylight and even indoors. 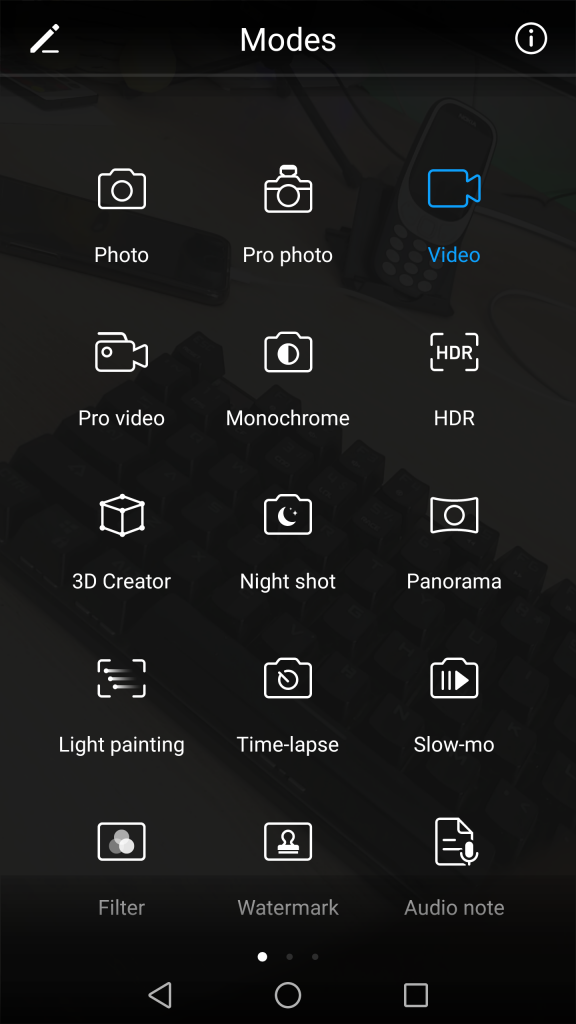 The Honor 8 Pro also has an effective Pro mode that grants granular control over Image settings like Color temperature, shutter speed, ISO, etc. And also facilitates RAW capture. If you are well versed in photography, you can take advantage of this mode to tweak your shots for better effects. 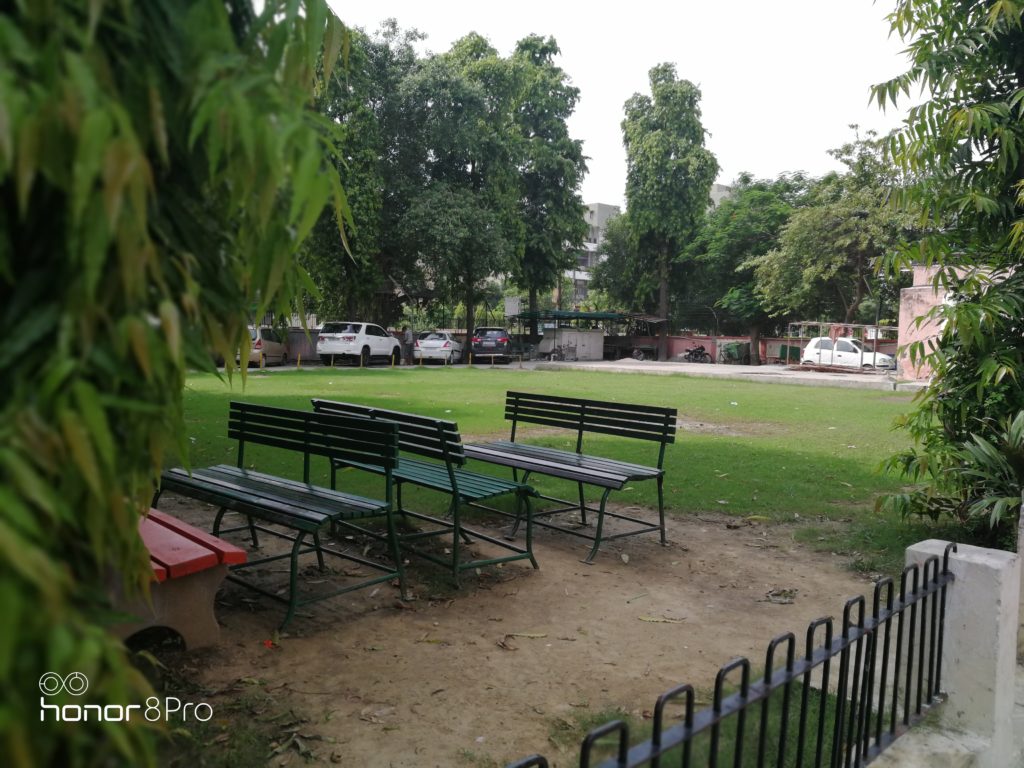 In low light, you can rely on the Night Mode and also have some fun with the Light painting mode after affixing Honor 8 pro on a tripod. In this mode, the camera first takes a normal image and then affixes long exposure light paintings on it. 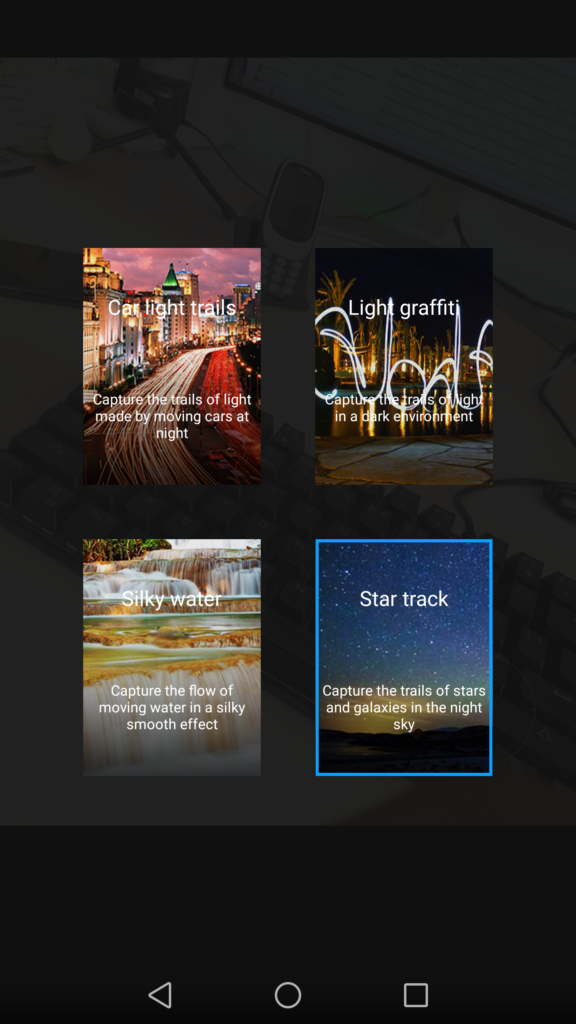 The HDR mode present on the phone works as it should. You can salvage more details in the shadow region without over blowing the well-exposed areas. You can also shoot slow motion videos, Time lapse videos, scan documents, take audio notes or insert watermark in the images directly from the camera app.

The front 8MP camera shots too show great dynamic range and color. The selfie camera also benefits from an elaborate beautify mode. You can also shoot stunning clarity videos in up to 1080p resolution from the Honor 8 Pro camera. 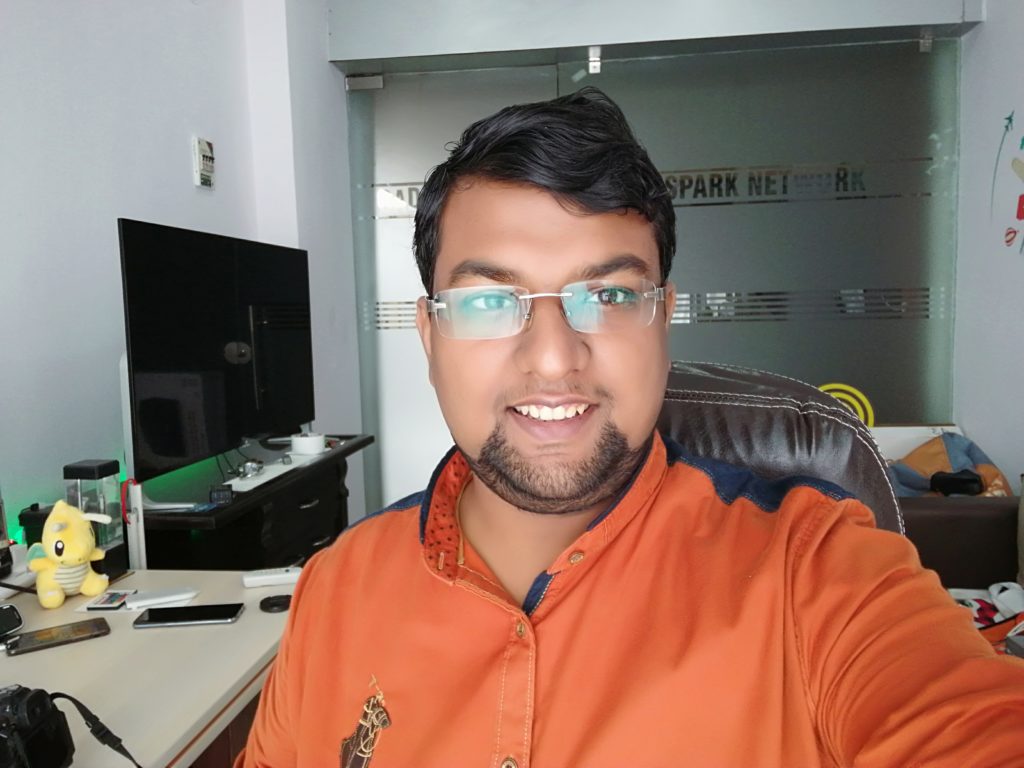 All said and done, the dual camera on the Honor 8 Pro is nothing short of magical. Such finesse is rare, if not unheard of, even in phones that cost 10 to 15 thousand more than the 8 Pro. The images clicked from it show accurate colors, ample details, phenomenal contrast and awesome dynamic range. Huawei has put in a lot of effort in beating conventional smartphone photography constraints and it shows. 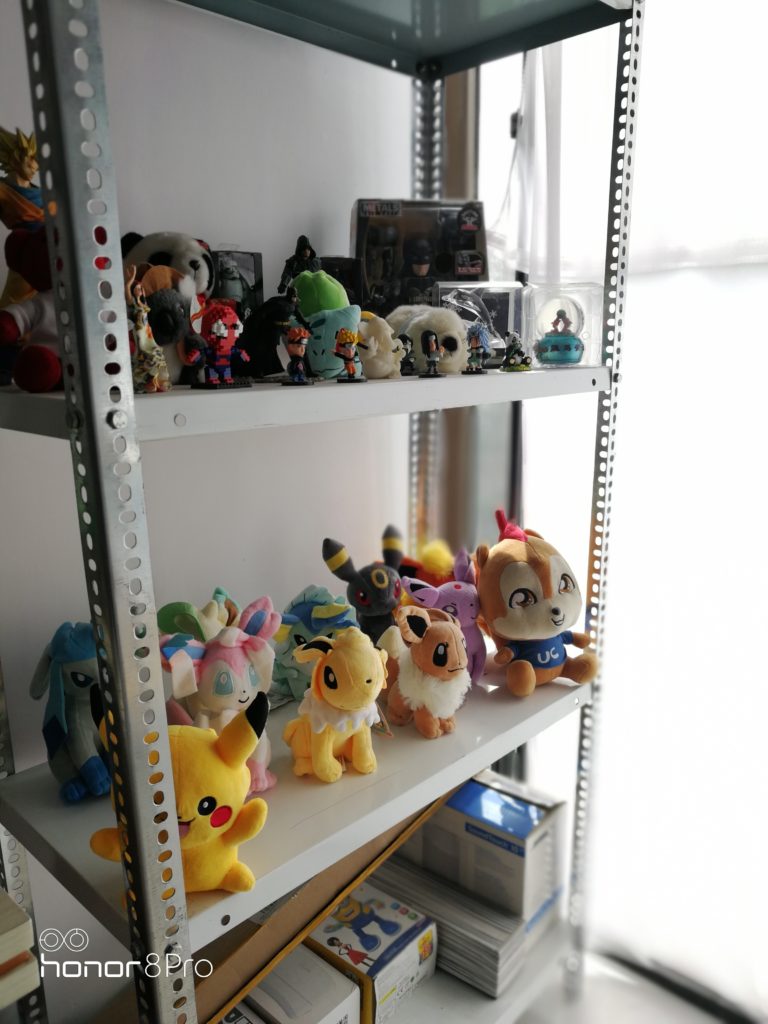