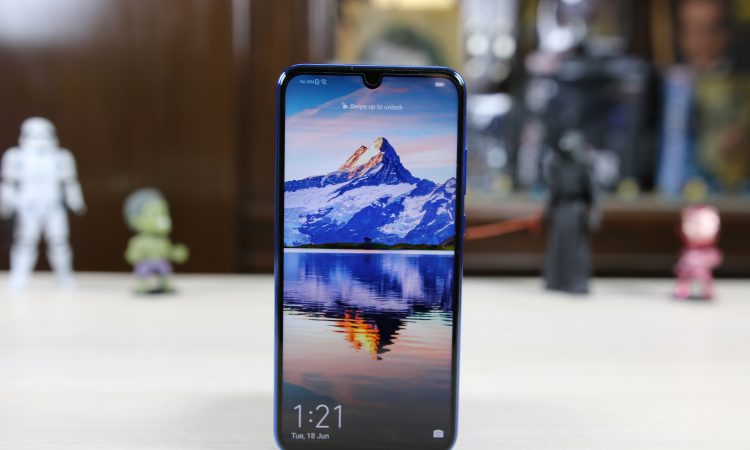 Stuck right in the middle of a trade war, It isn’t exactly smooth sailing for Huawei in global markets. However, the brand is still marching undeterred and the latest Honor 20-series is a testament to its ambitions going strong.

The Honor 20i is the most competitively priced handset in the series that offers a versatile triple camera for a sub 15,000 INR price. But is it good enough to take on the likes of Galaxy A50, Redmi Note 7 Pro and Realme 3 Pro? We have been using the phone as our daily driver to get to answers to all such questions. Let’s talk more in our Honor 20i review.

Honor 20i Price and specifications

Honor 20i Design, Build and display 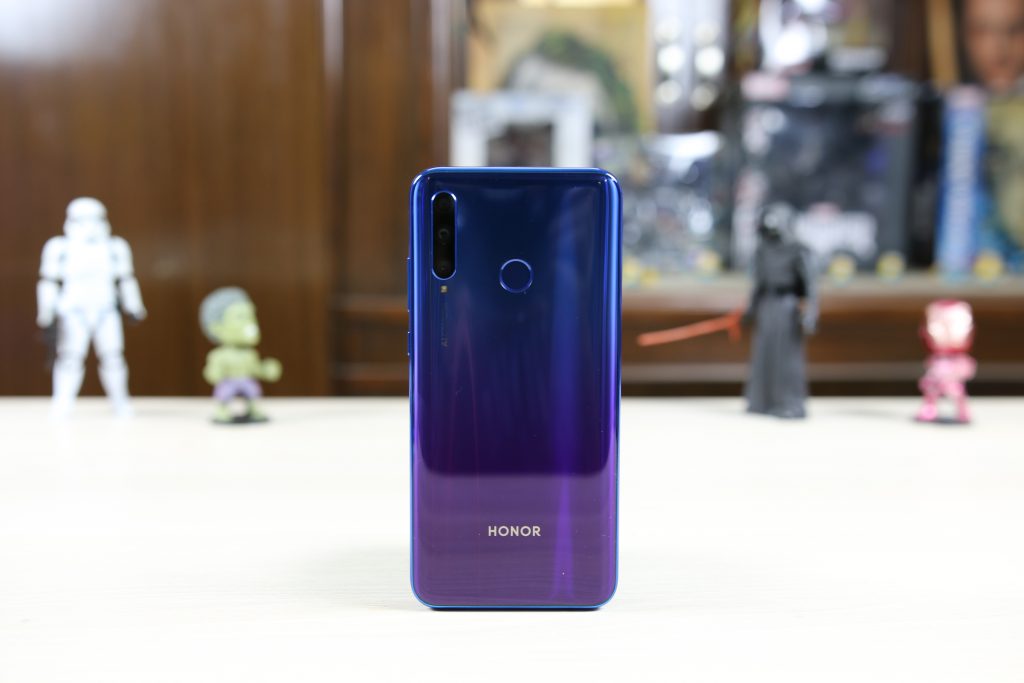 The Honor 20i has a glass-finish polycarbonate body with beautiful gradient options. The first thing we noticed was that it was lighter and more comfortable to wield as compared to a few other popular phones in its class. That’s perhaps because of the curved back panel and the relatively compact footprint of the phone, even when it houses a 6.21-inch display.

The IPS LCD panel is full HD sharp and shows vivid colors that pop nicely. The EMUI software running on the phone lets users customize the color temperature and hue and tune the screen to their individual preferences. 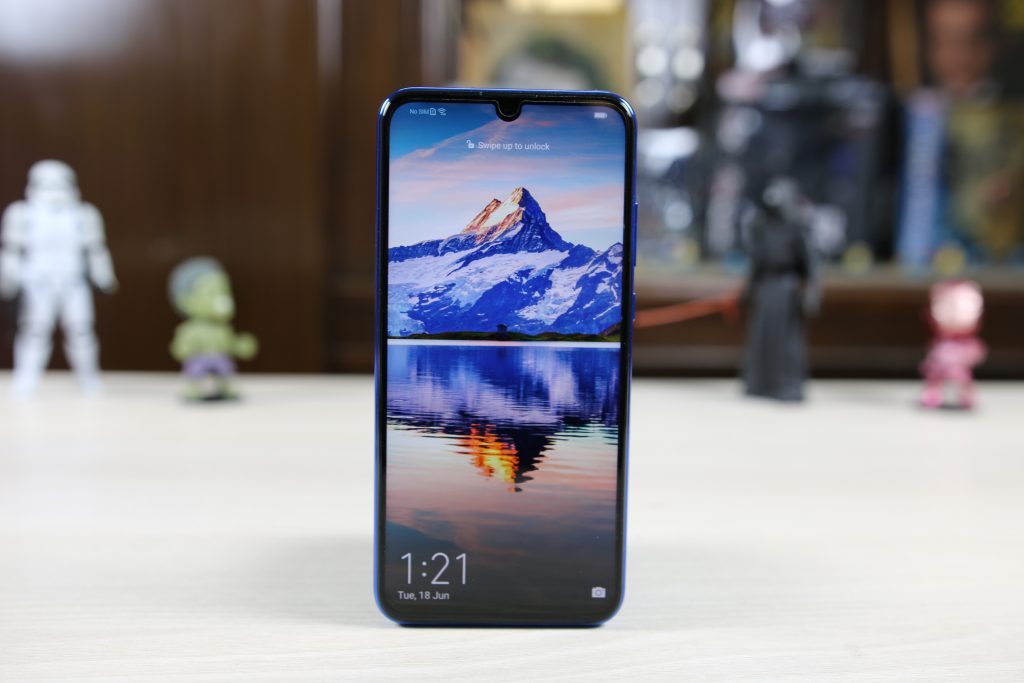 The rear-mounted fingerprint sensor on the 20i is easily accessible and quite consistent. The audio jack, normal micro USB port and speaker grill are all present at the bottom. The SD card slot is hybrid, but considering the ample free storage on board, that shouldn’t be a problem.

We’d say that the design is one of the biggest strong points of the Honor 20i.

The Honor 20i is powered by Huawei’s own 12nm Kirin 710 octa-core chipset that’s paired with 4GB RAM and128GB storage. This is a pretty solid configuration for a phone priced under 15,000 INR and the ample onboard storage should ensure that the performance remains durable after a period of use.

The day-to-day usage is smooth and all high-end games we tried played well. We noticed a few frame drops at high settings, though. Honor 20i also benefits from GPU Turbo 2.0 that elevates game performance for compatible titles like PUBG.

RAM management on EMUI is still very aggressive, and apps don’t stay cached in the memory for long. The Android 9 Pie-based software has plenty of customization options and quite a few pre-loaded apps. Huawei’s user interface has consistently evolved over the years for the better and as of today, there isn’t much reason to complain.

Fingerprint sensor and face unlock on the phone work remarkably well. The handset supports dual 4G VoLTE and call quality was excellent in our area. Honor 20i supports all relevant connectivity options including dual-band Wi-Fi.

Overall, it is a decent performer but Kirin 710 is not as powerful as the Snadpragon 675 or 710 being offered on the other smartphones.

Honor 20i comes with a 24MP camera primary camera at the back, paired with an 8MP wide-angle shooter and a 2MP depth sensor. So, there are three cameras on the rear, but you will mostly be using the main 24MP sensor with f/1.8 aperture, using which the Honor 20i  can capture detailed shots in proper outdoor settings.

In low light, and under artificial lighting, the camera performance appreciably deteriorates, but shots are still well metered and very useable. Honor bundles AI smarts and a few handy shooting modes that together make the camera app very engaging. 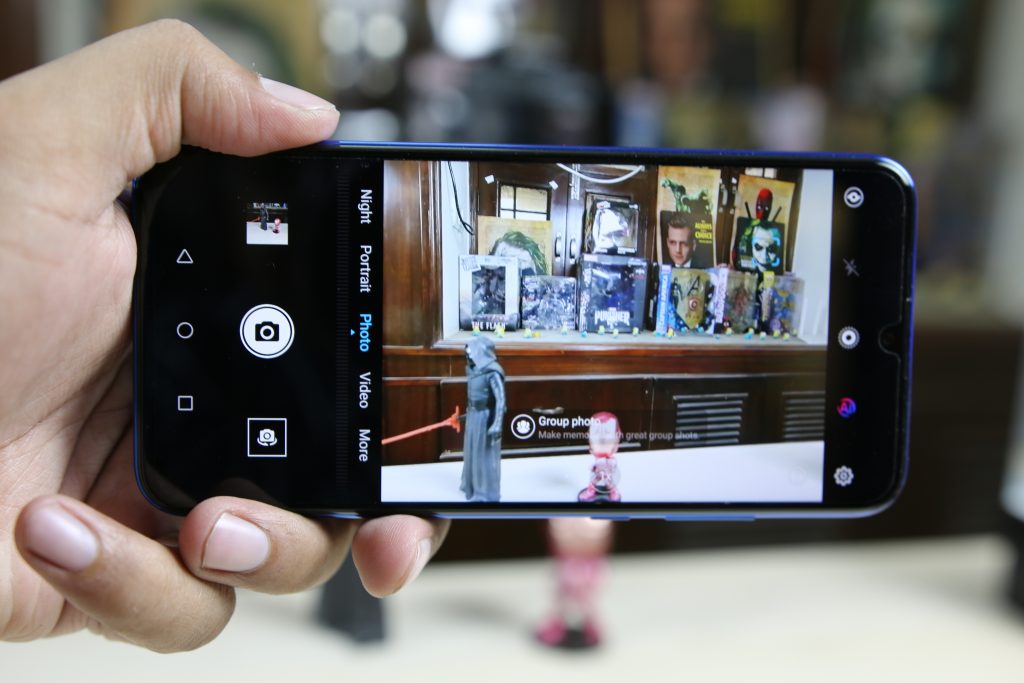 The wide-angle shots from the 8MP camera are fun too in outdoor settings when you have to capture a broad landscape or shoot a close-up while including a wide backdrop. This isn’t something you’d use indoors and it doesn’t work well in indoor settings either.

The 2MP sensor is used to enhance portrait shots. Edge detection in portraits is about average, and the quality of blur is decent. There is an option to add AI enhancements too, but they don’t work very well.

All said and done, the rear camera on Honor 20i won’t blow your socks off but it’s a decent proposition for the price. 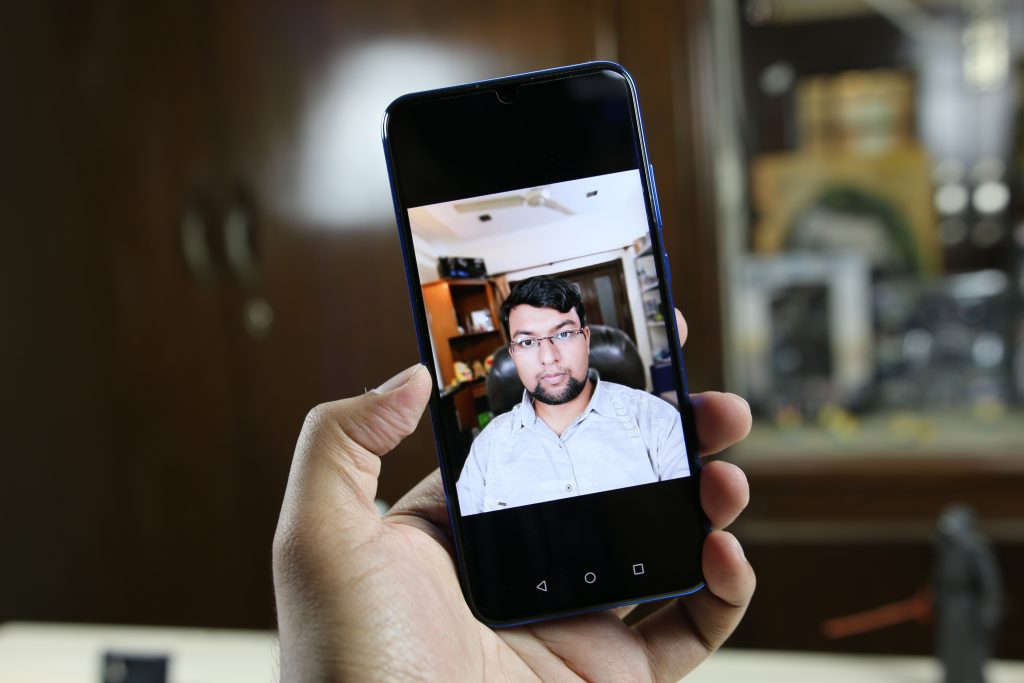 The 32MP selfie-camera is a bit more interesting. Selfies captured were well balanced and turned out very decent. The camera can recognize 8 scenes using AI and adjust selfie camera settings based on ambient lighting.

The Honor 20i has a modest 3400mAh battery. The capacity is below average, but, thanks to the power-efficient chipset and aggressive resource management by software, the mileage we are getting is still better than expected. Under demanding usage, the battery drains faster. The handset doesn’t have fast charging or USB Type-C port, which places it at a disadvantage against rivals like Note 7 Pro and Realme 3 Pro.

The audio output via speakers is average. Audio quality via headphones is great.

A lot of users are concerned about the software updates on the Honor 20i and other Huawei/Honor smartphones. As of now, there is no certainty about major software upgrades on these devices but they will get normal security updates for at least some time. Recently we have seen positive news where Google is trying to resolve the issue by talking to the US govt. So we can just hope that things are resolved soon but until they are we can’t say for sure about the software updates.

Honor 20i tries to make a mark in one of the most competitive price segments in India, and it succeeds. It doesn’t outright outshine all other phones in all aspects but still manages to distinguish itself with its own set of strengths and shortcomings.

The Honor 20i is good looking and ergonomic, has average performance hardware with ample storage, and good selfie and rear camera performance. On the downside, the battery backup is average with no type C port or fast charging. If you aren’t into high-end mobile gaming and are a moderate user, the Honor 20i is a decent option that you may consider in the sub-15K segment.

The Honor 20i is good looking and ergonomic, has average performance hardware with ample storage, and good selfie and rear camera performance.