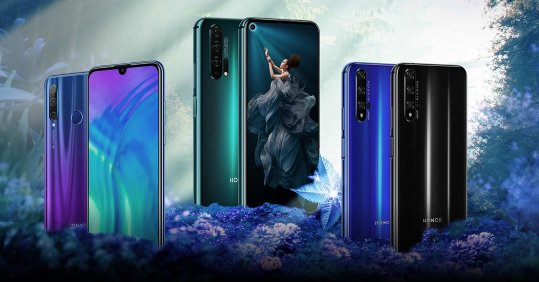 It is interesting that the smartphones are launched amidst the uncertainties of Google pulling the plug on Huawei over the Android partnership, although the ban has been relaxed for the next three months. Nonetheless, the ban if goes into effect won’t affect the existing Huawei and Honor smartphones.

The Honor 20 will be available on Flipkart from June 25 in Midnight Black and Sapphire Blue color options, whereas the Honor 20i will be available on Flipkart as well as offline partners from June 18 in Gradient Red, Gradient Blue, and Magic Night Black paint jobs. The availability date of the top-end Honor 20 Pro is not revealed yet, though it is said to be coming soon and in the sole color variant of Phantom Blue. 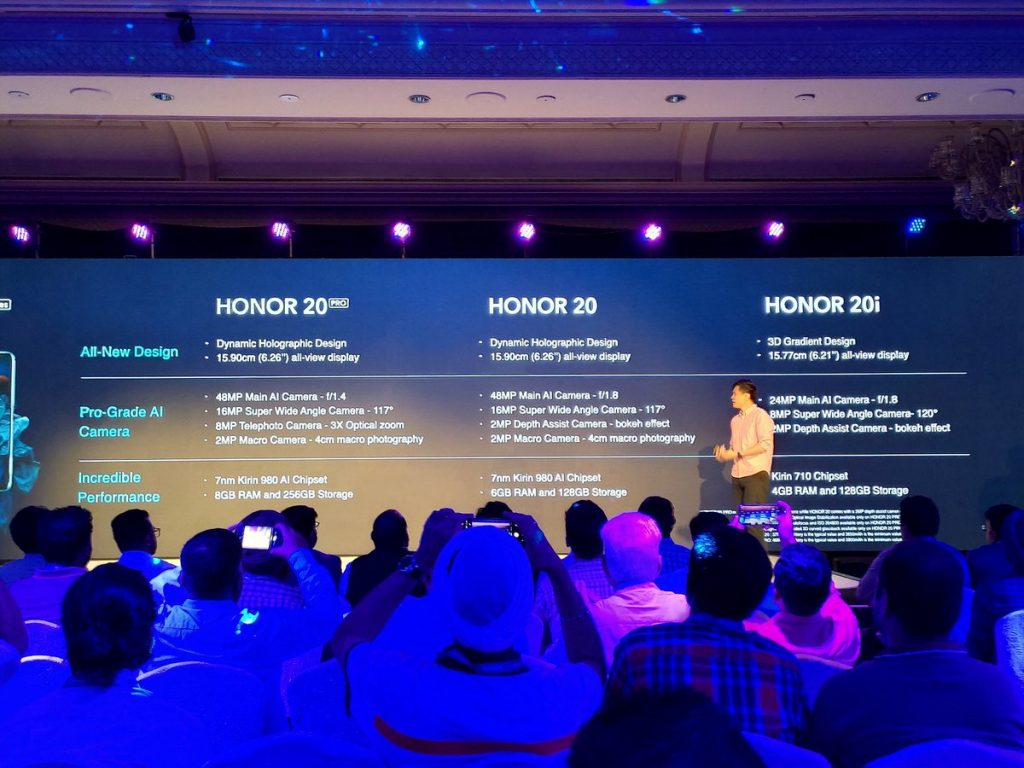 The main difference between the two devices lies in the battery size. While the Honor 20 Pro is housed with a 4,000mAh battery the Honor 20 is backed by a 3,750mAh battery. Both the phones support 22.5W SuperCharge fast charging via USB Type-C port.

The Honor 20 and 20 Pro runs Magic UI 2.1 layered on top of Android Pie. The fingerprint scanner is side-mounted and integrated into the home button. The Honor 20 Pro also boasts graphene cooling technology for heat dissipation.

The mid-range Honor 20i flaunts a 6.21 FHD+ display with a water-drop notch and 19.5:9 aspect ratio. On the inside, the Honor 20i packs a HiSilicon Kirin 710 octa-core SoC paired with up to 8GB RAM and up to 256GB internal storage.

The device is backed by a 3,400mAh battery with the support of 10W charger and runs Android 9 Pie underneath EMUI 9.0. A circular fingerprint scanner finds the place at the back for security. For connectivity options, the Honor 20i supports 4G VoLTE, Wi-Fi, Bluetooth 4.2, GPS, micro USB port, 3..5mm audio jack, etc.