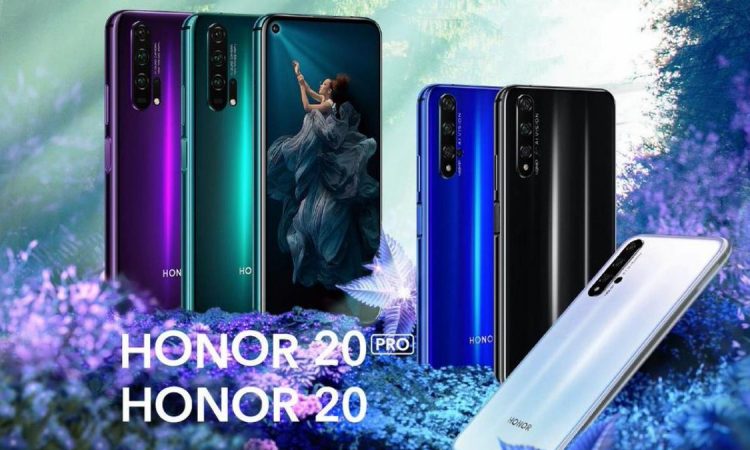 Following a lull after the launch of the Honor View 20 earlier this year, Huawei’s sub-brand Honor is back with a bang as it launched its latest flagships, the Honor 20 and Honor 20 Pro alongside the Honor 20 Lite, at an event held in London today. Interestingly, the Honor 20 series launched just a day after Google withdrew Android support for Huawei.

Before talking about the Honor 20 and 20 Pro, let’s make it clear that the Honor 20 Lite has been relaunched at the event as the latter was already launched in Malaysia and the UK earlier this month with triple rear cameras, 32MP selfie camera, 3,400mAh battery, and Kirin 710 SoC.

Coming to the Honor 20 and 20 Pro, both the phones come with Pro-Grade Quad-Camera System but the regular Huawei 20 features slightly lower camera specifications. The selfie camera, however, remains the same for the devices.

Both the Honor 20 and 20 Pro flaunt IPS LCD display with 4.5mm punch-hole cutout on the top left corner for the selfie camera. The devices sport a 6.26-inch display with full HD+ 2340x1080p resolution and 91.6 percent screen-to-body ratio.

One major difference between the two phones lies in the battery size. While the Honor 20 Pro is backed by a 4,000mAh battery the Honor 20 goes with a 3,750mAh battery though both the phones support 22.5W SuperCharge fast charging technology via USB Type-C port.

Both the Honor 20 Pro and Honor 20 run Android 9.0 Pie based on Magic UI 21 out-of-the-box. The fingerprint scanner is side-mounted for both the devices, in fact, it is embedded into the right-side situated home button. The Honor 20 Pro also comes with graphene cooling technology for better heat dissipation.

The Honor 20 and 20 Pro feature glass back design with gradient finish. The Honor 20 Pro will be available in Phantom Black and Phantom Blue color options while the Honor 20 will be offered in Midnight Black and Sapphire Blue paint jobs.

Honor has already confirmed that the Honor 20 series will hit the Indian market on June 11 and will go on sale exclusively via Flipkart. Nevertheless, the exact prices of smartphones for the Indian market still remain under wraps. To know more in this regard stay tuned with us.