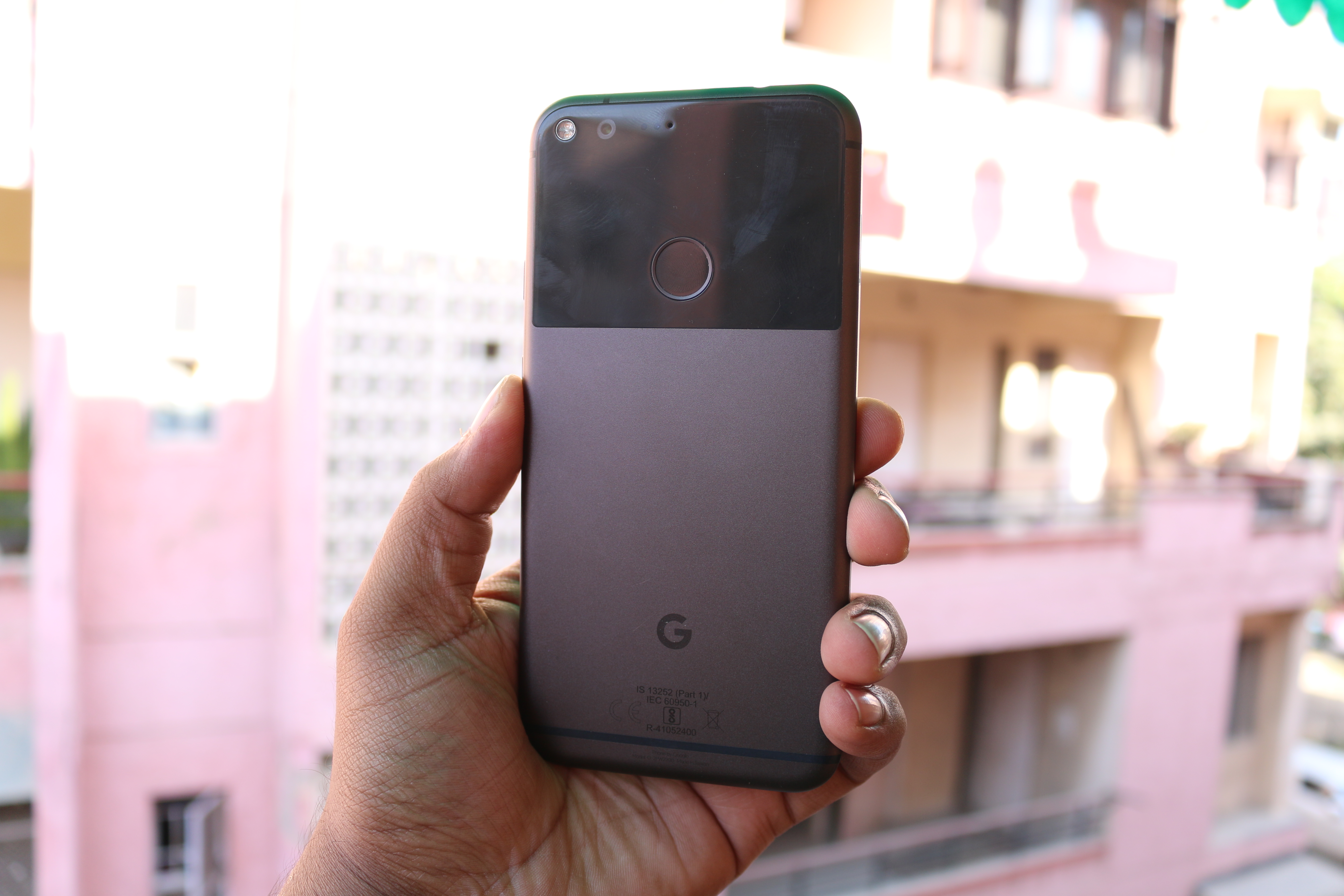 The Nexus series of phones are dead. They’re no more and instead of them, Google has introduced the Pixel series of smartphones. The Nexus series was known to be Google’s idea of what an ideal Android device should be like. The Nexus 6P and 5X were the last of the series and Pixel and Pixel XL will be replacing both of them.

But now the Pixel phones will be branded by Google and the phones will be sold as a Google Android phone. Even the software on these phone will be a tiny bit different from stock or vanilla Android – this is not a bad thing since Google is not going to sell phones with software that is full of bloatware. 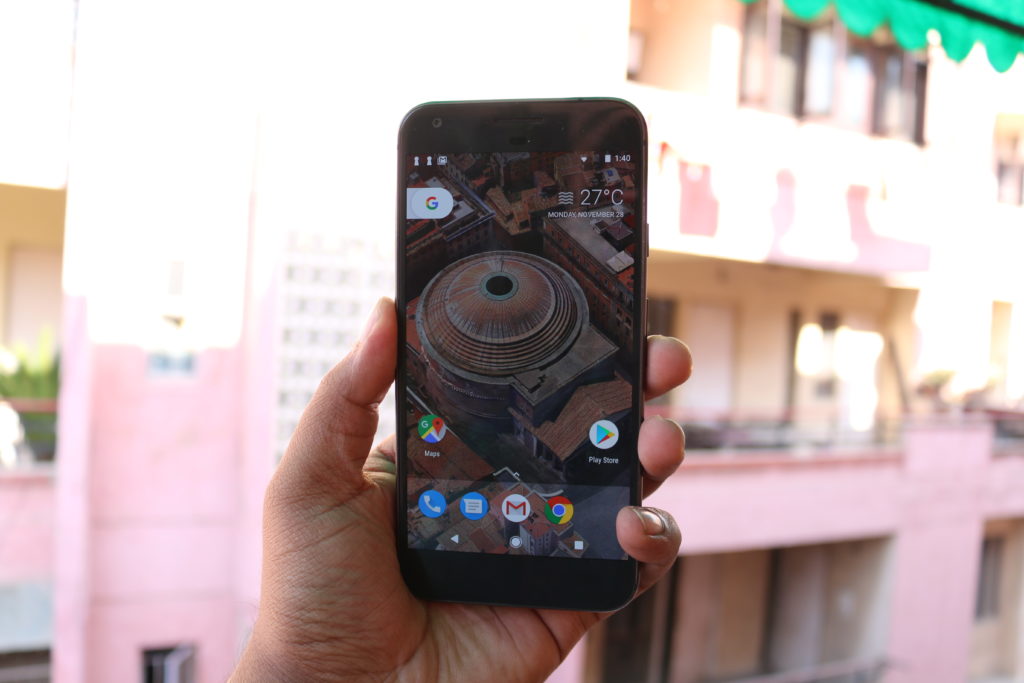 You can see from the spec sheet above that the only difference between the Pixel and Pixel XL is the screen, battery, camera and the resolution of the screen. Other important things like the processor, RAM etc. are all the same and hence it made sense to review both of these devices in a single review.

Let us move on to the other sections and then look at several different aspects of the device. Let us start by looking at the design and build of the phones.

Both Google Pixel and Google Pixel XL have a unique design that you can either love or you can completely hate. I personally find the design a bit different and it kinda grew on me as I went on to use it.

The faces of these phones look similar and you will only find the display, the earpiece, and the front-facing camera above the screen. Other sensors like the proximity sensors etc. are hidden but they are present. The lower side below the display has an empty bezel that Google could have utilized but it is empty. 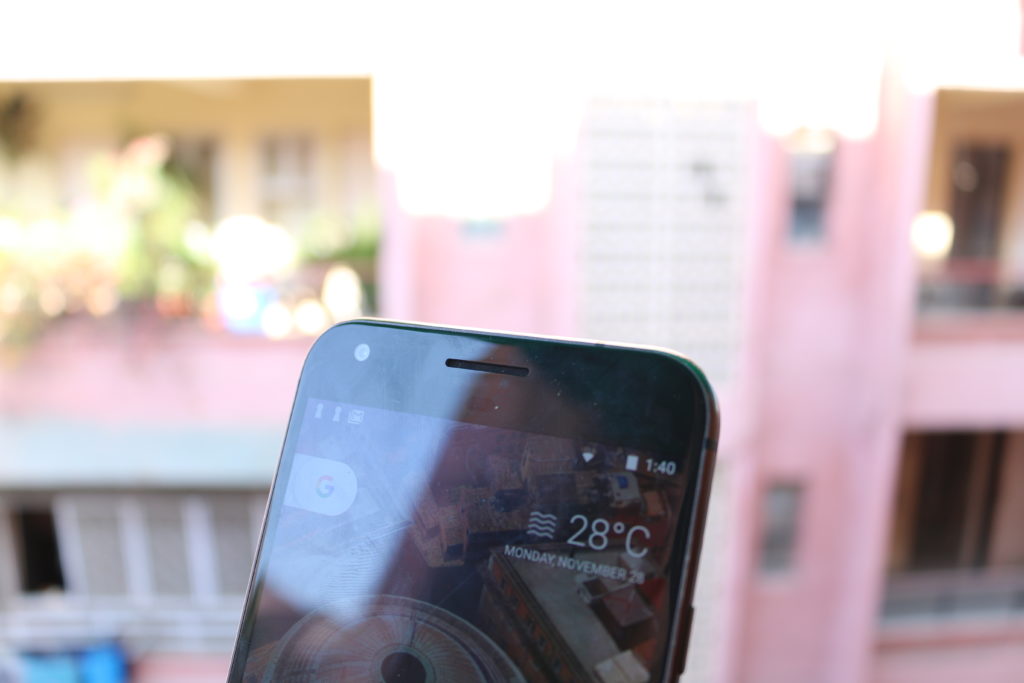 The back of these phones is quite interesting. You will see the upper part of the back is covered with glass and then rest of the body is metal which not only gives these phones a different look, but it looks different from the whole design of the phone. 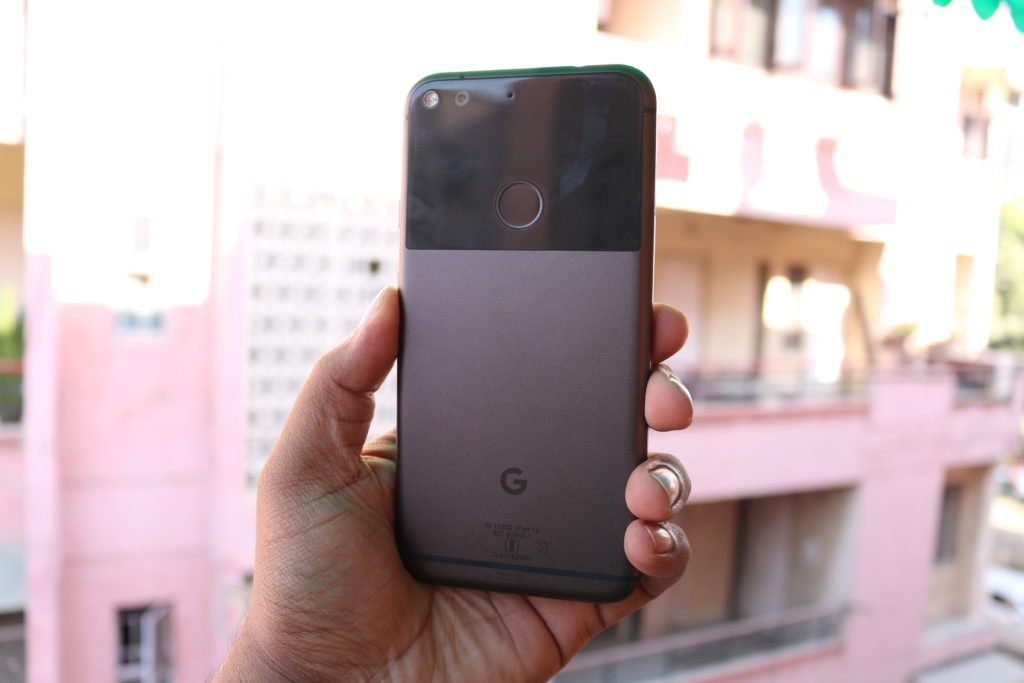 You will find the primary camera, the fingerprint sensor and the Google branding on the back of the phone. The left edge of the phones sport the volume rockers and the power button and the right edge has the SIM tray. 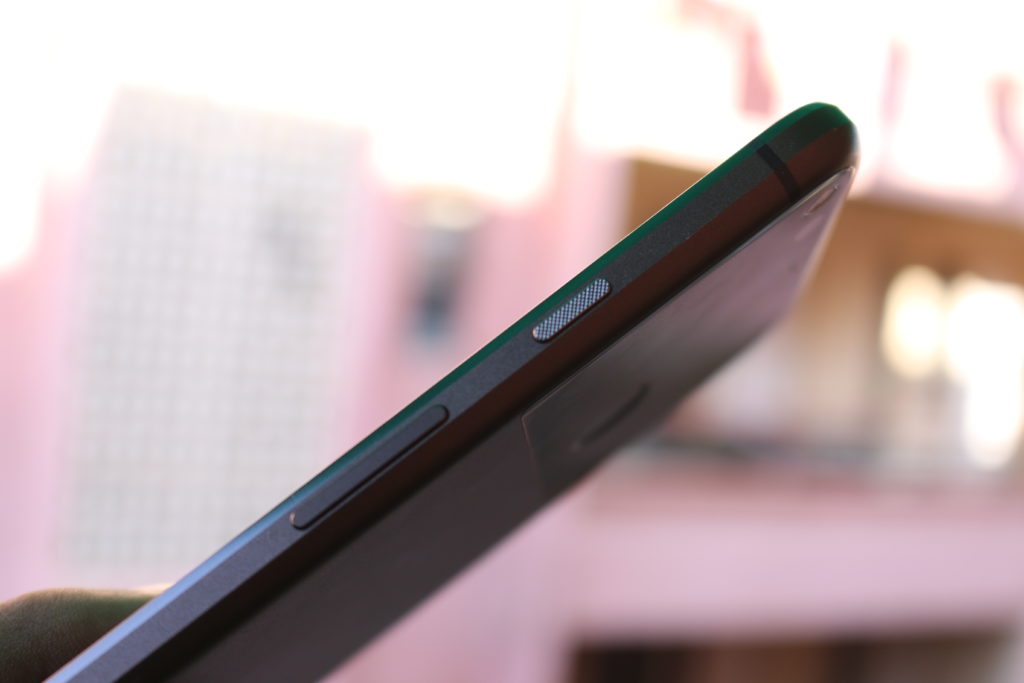 The top has a 3.5mm that some phones (*cough*iPhone 7*cough*) do not have and the lower edge has a USB Type-C port. 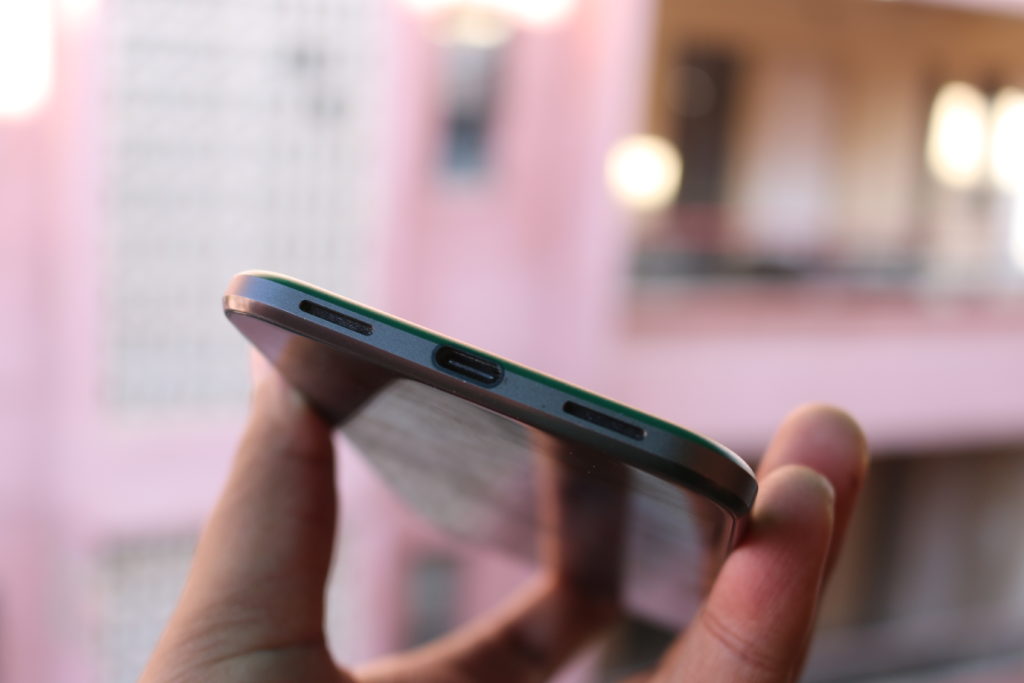 Overall the build of the phone is solid and why shouldn’t it be? You are paying such a high price for a phone, right? The glass part of the back might seem odd a little bit first but you will start liking it as you use the phone. As per Google, the Glass part helps the phone to have a better network as compared to the metal that other phones use.

Both Google Pixel and Pixel XL have AMOLED display with some of the highest pixels per inch which make the display on these phones some of the most crispest displays on a smartphone ever. The Google Pixel has a full HD display of 5-inches and you get a pixel density of 441ppi which is amazing. The Pixel XL on the other hand, has a Quad HD 5.5-inches display with a pixel density of 534ppi.

Having an AMOLED screen means you get bright and beautiful colors. Blacks are deeper and the vibrant colors pop out making it a very nice display.

But there is a problem of lens flare which might ruin some of your beautiful scenic shots. But hopefully, this will be fixed with a software update. Another minor problem with the camera is video focus issue. The camera struggles to focus at objects while recording a video.

Anyway, the camera is still good and not every shot is ruined with lens flare. It happens but only when there is a light source right in front of the camera. The camera can capture accurate photos with correct colors. Even the low light camera performance is good and it can take some really good low light shots even without using the flash.

Even with these minor issues, Google Pixel and Pixel XL comes with one of the best camera modules we have seen on a smartphone. Some sample images captured using Google Pixel back camera: 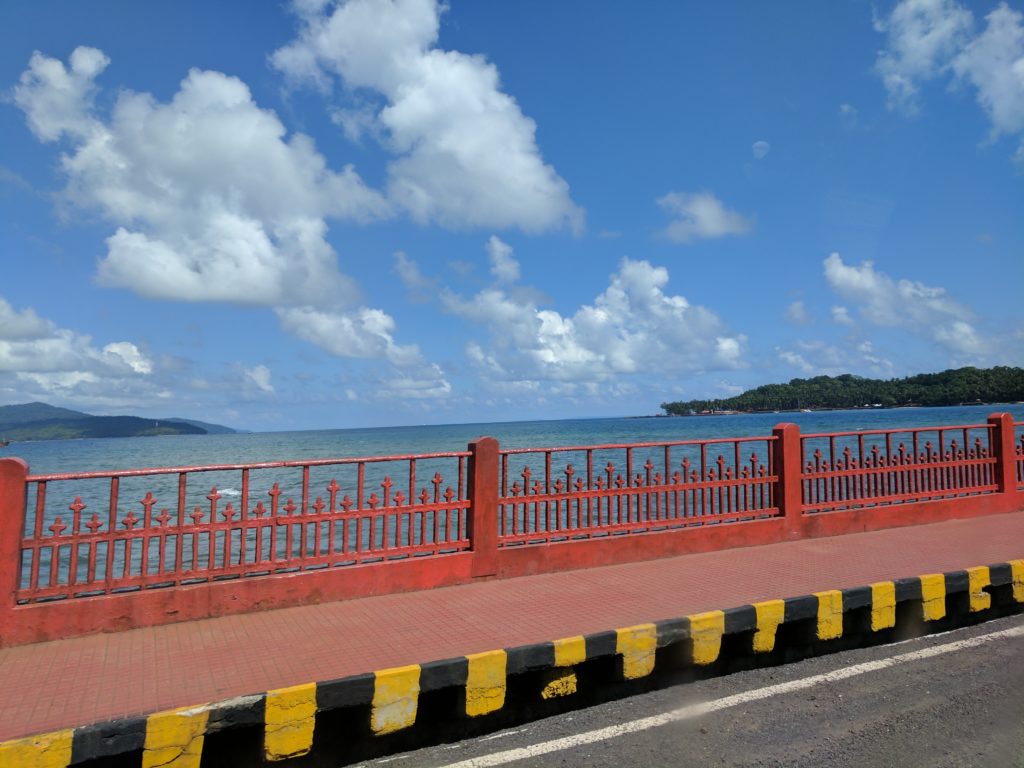 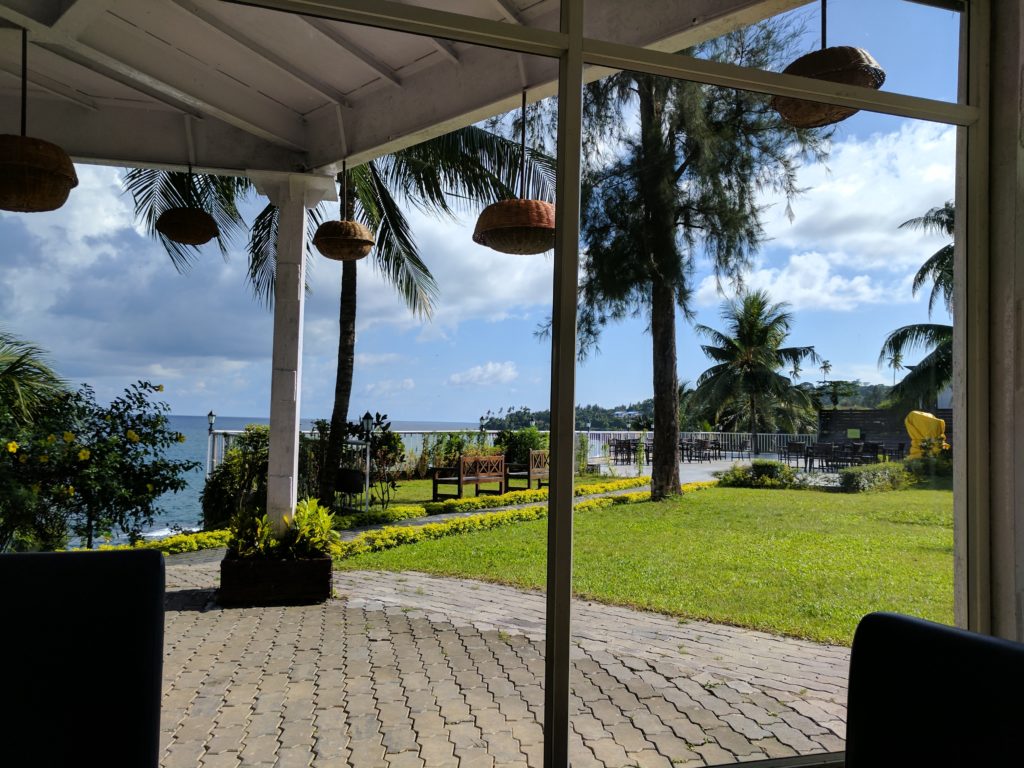 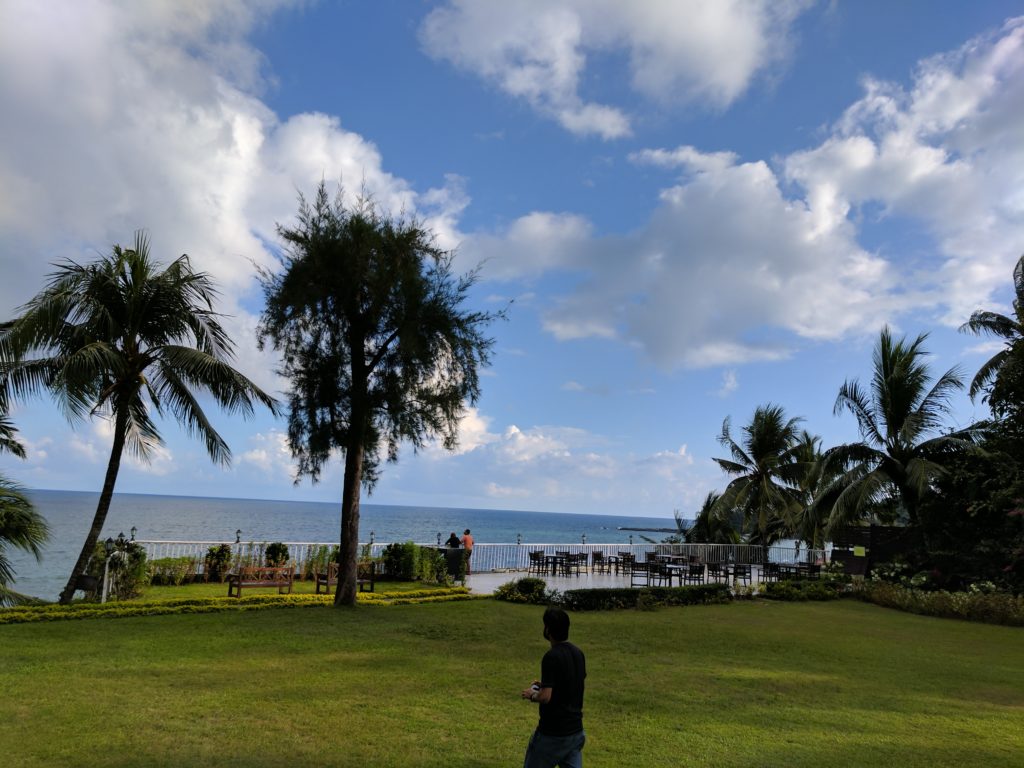 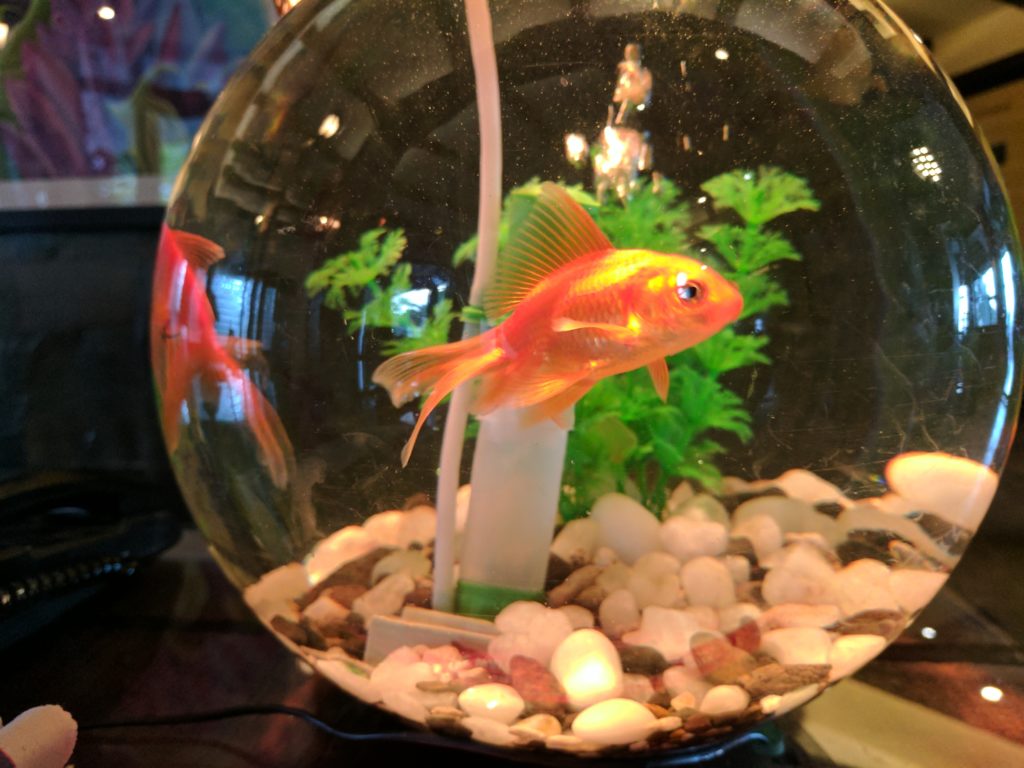 The phones run on Android 7.1 Nougat out of the box and they are very close to stock Android with just a few modifications here and there. You will firstly notice that the launcher is different and in Settings you can easily get support for your phone using call or chat. Things like these have been added and they are specific to Pixel.

The software itself is very smooth and user-friendly. This might be the most smooth Android device one might have ever used. The AI assistant i.e. Google Assistant is present to help you and she is much more interactive as compared to Google Now. She can sing you songs, be your friend, tell you jokes and more! Overall experience is refreshing and Android has never been smoother to use.

The hardware part of the phones is solid. You get a powerful processor, 4GB RAM is more than enough and a great camera as well. Everything comes together to show a great synergy between the software and the hardware. The performance of these phones are great and they might be the best Android phones out there.

The Google Pixel has a battery of 2770mAh and the Pixel XL has a bigger battery of 3450mAh. The battery size might not seem to be impressive but trust me when I say this, these phones have a great battery life. Android 7.1 Nougat has a feature known as Doze which can manage the battery usage of an Android phone in a great manner. Not only do these phones use less battery while being used, it almost uses no energy while it is on standby.

These phones are truly a great combination of hardware and software and as an Android fanboy myself, I love the Pixel and Pixel XL. I understand that the price of the phones is high but for someone who prefers having an Android phone over an iPhone, this is great value for money. Also, it has a great battery life, a USB Type-C port, and a 3.5mm audio jack.