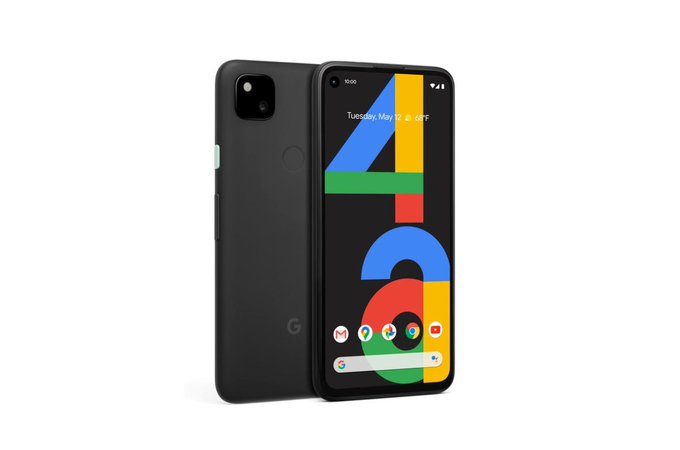 Months after it debuted globally, the Google Pixel 4a has finally made its way to the Indian market. The search-giant today officially announced the launch of the Pixel 4a in the country.

The much-vaunted Pixel 4a comes with the middle of the road specs and but tacks on cameras that compete with flagship offerings. The phone has earned positive reviews since its launch.

The Pixel 4a is launched in India with an introductory price of INR29,999 for the single 6GB RAM+128GB variant. It will go on sale on Flipkart during Big Billion Days sales, which start from October 16. Like everywhere, in India, the Pixel 4a will be available in a single Just Black color option.

After the limited period is over, the smartphone will retail at INR31,999. The pricing of the Pixel 4a is judicious, considering that the Pixel 3a was launched in India at a steep price of INR39,999.

The Google Pixel 4a flaunts a 5.81-inch full HD+ (1080×2340) Always-on display which is OLED and comes with a 19.5:9 aspect ratio and 443 ppi pixel density. The smartphone has a plastic back as well as a plastic frame. The front glass is protected by Corning Gorilla Glass 3. 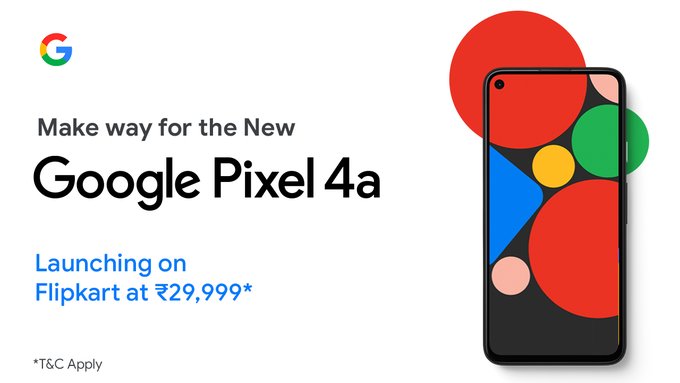 Under the hood, the Pixel 4a is powered by Qualcomm Snapdragon 730G octa-core SoC clocked at 2.2GHz. The chipset is paired with Adreno 618 GPU, 6GB RAM, and 128GB internal storage. There is no slot for storage expansion.

The camera is the main forte of the Pixel 4a as it comes with Google hallmark software chops. The back has the main primary camera rated at 12MP, and it comes with optical image optimization (OIS) and features like Portrait mode, HDR+, and Night Sight with astrophotography capability. On the front, there is an 8MP punch-hole selfie camera.

The smartphone is backed by a 3,140mAh battery equipped with 18W fast charging. The battery lasts one full day with a single charge. On the software side of things, the Pixel 4a runs Android 10 with a promise of three major software upgrades.

The standard connectivity options include 4G VoLTE, Wi-Fi, Bluetooth 5.0, a USB Type-C port, and a 3.5mm headphone jack. There is also a fingerprint scanner mounted on the rear panel.

The Pixel 4a will lock horns with the OnePlus Nord and the iPhone SE (2020), which are better specced out in comparison. However, the camera output puts the Pixel 4a arguably a step ahead.