Google announced two new devices alongside the Pixel 3 and Pixel 3 XL. The Google Home Hub is a new version Google Home that comes with a 7-inch touchscreen display and this new Google Assistant device is capable to streaming videos from YouTube and you can access other Google services such as Google Photos, Calendar, Maps and more.

The company also went ahead to launch a new ChromeOS tablet, the Google Pixel Slate which comes with a 12.3-inch display with support for Google Pixelbook Pen. The tablet is powered by Intel processors and you can choose from Intel Celeron, 8th Gen Intel Core m3, Core i5, Core i7 chips. The tablet will be sold in different variants such as the 4GB RAM with 32GB SSD version and you can also buy it with 8GB RAM and storage SSD options of 64GB and 128GB. The 16GB version will come with a 256GB SSD.

Let’s talk about the Google Home Hub first since it does a lot more interesting things as compared to a Google Home smart speaker. The Google Home Hub has a 7-inch touchscreen display and along with that Google has made sure that the device doesn’t have a camera so as to keep the customer’s life private. 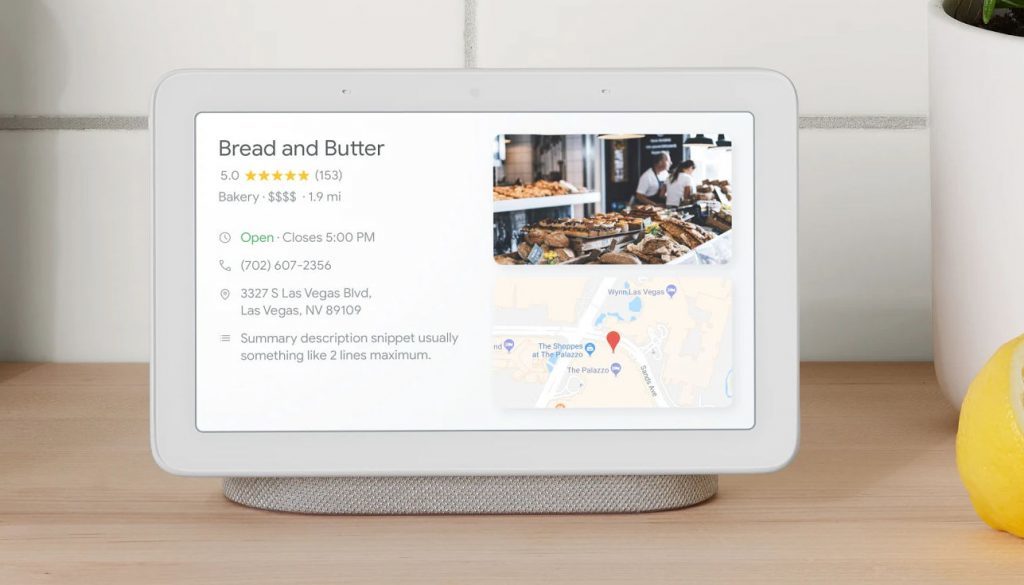 You and five other people can save their voice profiles using Voice Match and they can have their own Google Home Routines running and it will just be like using a multi-user voice-based system. You can use Google Home Hub to set alarms, turn off lights and other home electronics like an AC, a TVs and with the right smart locks, you can also control the locks installed in your house.

Customers who buy Google Home Hub will be offered six months of YouTube Premium and you can purchase it in different colors options – Sand, Aqua, Chalk, and Charcoal. The Google Home Hub is priced at $149 in the United States and can be pre-ordered starting today. The official launch and sale of the device will start on 22nd October in the USA.

There were rumors about a new Chromebook that Google would launch with the Pixel 3 and Pixel 3 XL but it turns out the speculated device was a Chrome OS tablet with a screen with the size of 12.3-inches. The display will definitely attract people who enjoyed using the Nexus 10 back in the day.

Google has added access to the Google Play Store on the tablet which means you will be able to use Android apps on this tablet with ease. The tablet is merely 7mm thick and comes with different variants of Intel processor, RAM, and storage. You get a set of dual front-facing speakers to enhance media experience on the tablet and for security, Google has added the Titan security chip to encrypt your personal information on the tablet.

Google Pixel Slate also has a fingerprint sensor that doubles up as a power button for the tablet. On the battery side, Google promises a mixed battery life of 12 hours with uses such as web browsing, idling, and media consumption. You can use a Google Pixelbook Pen with the tablet and if you want a laptop experience, you can buy a Google Pixel Slate Keyboard for the tablet that comes with round Hush keys and a large trackpad. The keyboard sleeve also has a dedicated Google Assistant button, so that’s a plus.

You can buy the Google Pixel Slate in Midnight Blue color which starts at $599 for the 4GB RAM and 32GB SSD option. Check the other variants and their prices below.