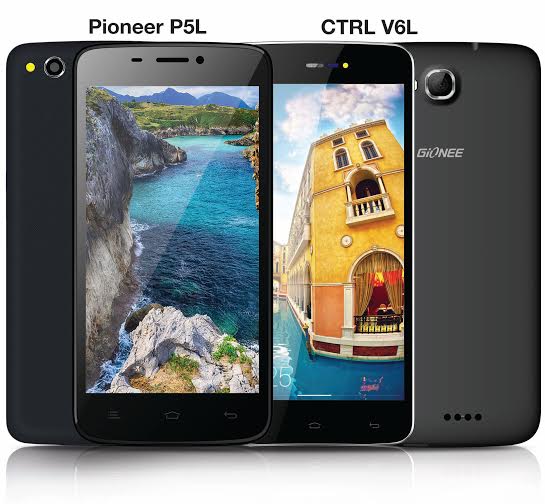 Gionee has announced 4 new smartphones – V6L LTE, P5L LTE, P4S and P6 for the Indian market. The devices will be available from mid December. Company will also be launching the S5.1 and LTE version of S5.5 soon in India. V6L & P5L are LTE enabled smartphones and P6 & P4S supports 3G.

Gionee also announced that from 2015 all their devices above Rs 10,000 will be LTE enabled. With this announcement and launch company is ensuring that when LTE is adopted in India they are already ready for it. They also showcased their most awaited smartphone S5.1 which is just 5.1 mm thick, comes with a metallic frame and glass body.

Measuring just 6.9 mm in thickness, V6L is the slimmest LTE phone and it runs on Android 4.4 KitKat OS. It is powered by a 1.2 GHz quad core processor, 8GB internal storage and 1 GB of RAM. It packs a 5 inch IPS display, 8 megapixel back camera and 1950 mAh battery. It will be available for Rs 15,000 from mid December.

Along with V6L, Gionee also announced the P5L LTE smartphone for Rs 10,000. It runs on Android 4.4 KitKat OS and is powered by 1.2 GHz quad core processor along with 8GB of internal storage and 1GB RAM. The phone features a 5 megapixel back camera and 1800 mAh battery.

Company also announced two more devices – P6 and P4S. P6 features a 5 inch FWVGA display P4S comes with a window flip which enables the phone to show weather, date and time in the flip window. More information about these devices along with pricing will be revealed later.