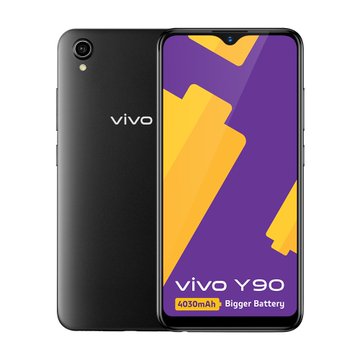 [UPDATE: Later today Vivo launched the Vivo Y90 in India as well at a price tag of INR6,990. The phone will be available via both online and offline channels starting July 27. Instead of 32GB internal storage variant Vivo launched a 16GB variant of the Vivo Y90 for the Indian market.]

The Vivo Y90, a new budget smartphone from Vivo was expected to arrive soon in India thanks to it leaking in renders and live images a couple of days ago. However, before India, the phone has been launched first in Pakistan with a price tag of PKR18,999, which approximately translates into INR8,100.

The Vivo Y90 is launched in two color options such as Black and Gold. The smartphone comes in a polycarbonate body with a matte-like back panel. The smartphone features a MediaTek Helio A22 SoC and rocks single camera both on front and back.

However, this entry-level smartphone makes a mark with the inclusion of an on-trend water-drop notch and a big 4,030mAh battery for its price. Due to the presence of water-drop notch upfront bezels look slimmer although the chin appears slightly chunkier like every budget phone. 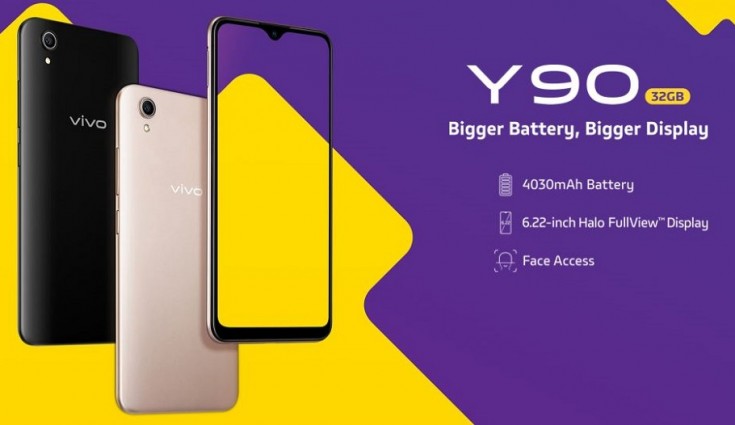 Regarding the camera department, the Vivo Y90 mounts a single camera on either side of the phone. There is an 8MP primary camera with f/2.0 aperture on the rear and a 5MP front-facing camera with f/1.8 aperture for selfie and video calling purposes.

For software, there is no Android Pie flavor here. The smartphone runs FuntouchOS 4.5 based on Android 8.1. But most importantly, the Vivo Y90 houses a 4,030mAh battery to keep it sufficiently juiced up.

There is a strong buzz that the Vivo Y90 will launch soon in India though the exact date of launch remains unknown as yet. The phone is expected to cost approximately INR6,990 in the Indian market.