Karbonn has introduced its new affordable smartphone- K9 Smart which supports 21 Indian languages and this is the highlight of this device. Karbonn K9 Smart is available at leading retail stores across the country and is priced at 3,990 INR.

As far as specifications are concerned, K9 Smart incorporates a 5 inch FWVGA display and is equipped with 1.2 GHz Quad core processor with unspecified chipset paired with 512MB of RAM, 8GB of ROM and an expansion slot for microSD card which supports up to 32GB. 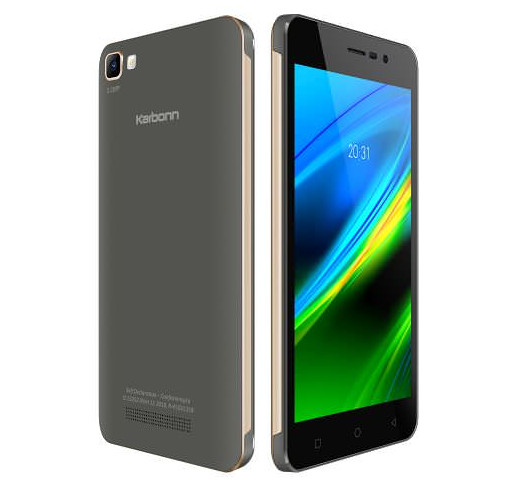 K9 Smart runs on Android 4.4 KitKat which is a bit dated, but shouldn’t be an absolute deal breaker for the price. It packs a 3.2 MP rear camera and a 1.3 MP frontal sensor for selfies. This dual SIM smartphone houses a 2300mAh battery. Connectivity features include 3G, GPRS / EDGE, Wi-fi 802.11 b/g/n, Bluetooth, GPS and Micro USB port.

Commenting on the launch, Mr. Shashin Devsare, Executive Director, Karbonn Mobiles said, “With the launch of K9 Smart, we aim to dissolve the language barrier which is one of the major impediments inhibiting Smartphone adoption amongst non English speaking population. As per IAMAI, the local language user base grew 47% and touched 127 million in June. The growing consumption of local language content on mobile phones is a clear indicator of the need for vernacularising the Smartphone ecosystem for bridging the gaping digital divide. With K9 Smart launch we aim to bridge this divide by offering Indian users an affordable Smartphone device which offers access in their native language for ease of use thereby encouraging adoption.”