Aiming to seize 25% of market share in the Ink Tank category printers Canon has launched its flagship high-speed Ink Tank printers in its PIXMA G-series along with its first-ever monochrome Ink Tank Printer in the Indian market.

They offer 8 paise per print, reducing the cost of printing by almost 90%. Moreover, the new PIXMA G series of printers are packed with an “economy” mode that allows printing of up to 8,300 pages with a single black refill compared to usual 6,000 pages. This will result in fewer changes of toners which will in return help in reducing carbon footprint. 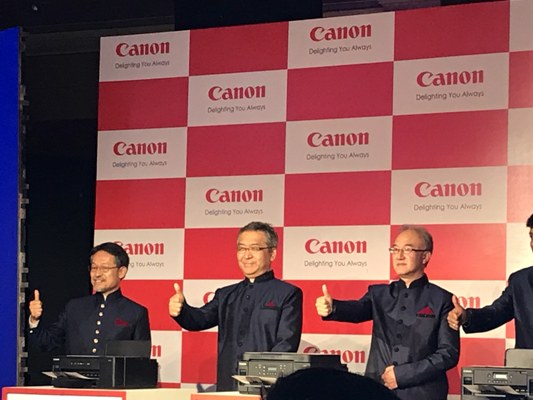 The PIXMA G6070 All-in-One is a multifunction printer geared towards printing, scanning as well as copying. It comes with an Ethernet port coupled with wireless connectivity that helps users to use the device anywhere in the office. A 2-line LCD panel further ensures easy printer settings and seamless performance.

Though the PIXMA G5070 lacks the scan or copy features it is claimed to be a dedicated print workhorse. Similar to the G6070, the single function G5070 packs a 2-Line LCD panel that is helpful in simplifying the setup and displays status information such as residue ink level.

On the other hand, the PIXMA GM2070 is the first black and white printer in the ink-tank category in the Indian market. It is fueled by a single refillable black Ink Tank but on an occasional basis, it also works with a conventional color ink cartridge for small volume printing. The company claims it can deliver up to 8,300 B&W prints and 7,700 color prints.