Canon India has launched a new EOS DSLR camera in the Indian market. Dubbed as the Canon EOS 200D II, it is the successor to the iconic EOS 200D with some enhancements along the lines of the image processor, video recording, and advanced features such as the Eye AF.

Touted as the light and compact DSLR for beginners, the Canon EOS 200D II features the same 24MP APS-C CMOS sensor as featured in its predecessor, but is now mated to Canon DIGIC 8 image processor that enables 4K video recording.

The camera is also the first in the EOS line-up to get eye detection during the time of using Dual Pixel Autofocus (AF) in Live View in the case of both stills and movies.

Like the EOS 200D, the new camera comes with the same 3-inch 1.04 million-dot vari-angle rear LCD touchscreen and pop-up flash. However, it gets the DIGIC 8 engine from the likes of the M50 and EOS R mirrorless cameras for enhanced performance. 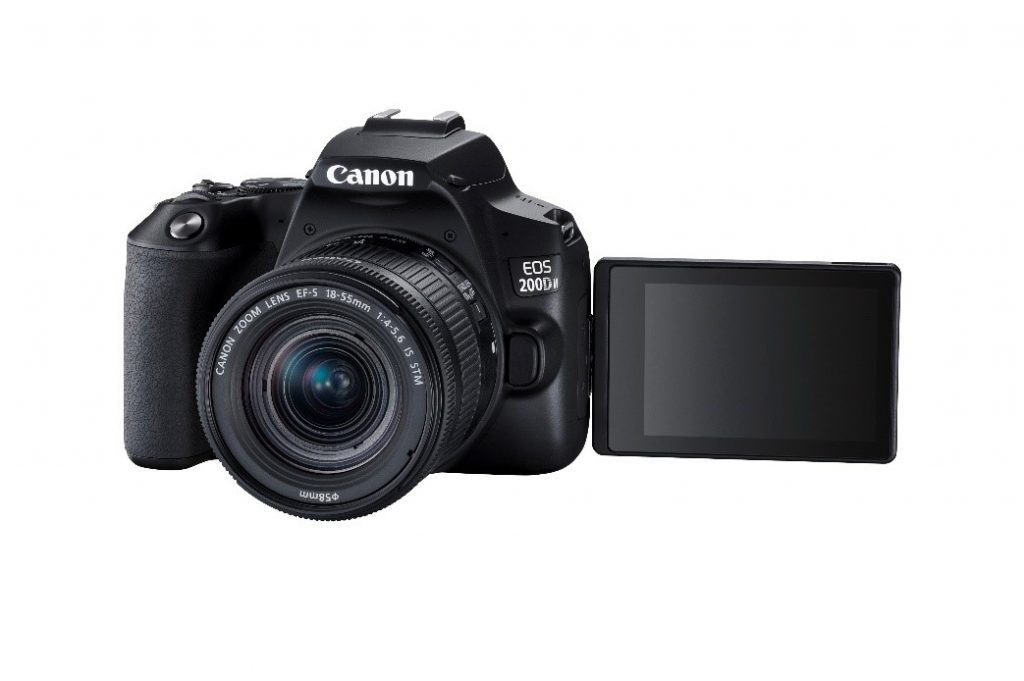 Besides, the EOS 200D II has the 4K time-lapse function and is capable of shooting full HD+ videos up to 60fps or 4K videos at 25fps. The HDR recording can also take place at 30fps. The camera comes with built-in Wi-Fi and Bluetooth connectivity so that it gets synced with a smartphone seamlessly.

The Creative Assist- for the first time used in an EOS DSLR- ensures that the novice users also get to edit and improve their images easily by making adjustments in the background blur, brightness, contrast, colors, and add effects such as Fish-eye, etc. Also, there is plenty of scene modes such as Smooth Skin that works for skin smoothening.