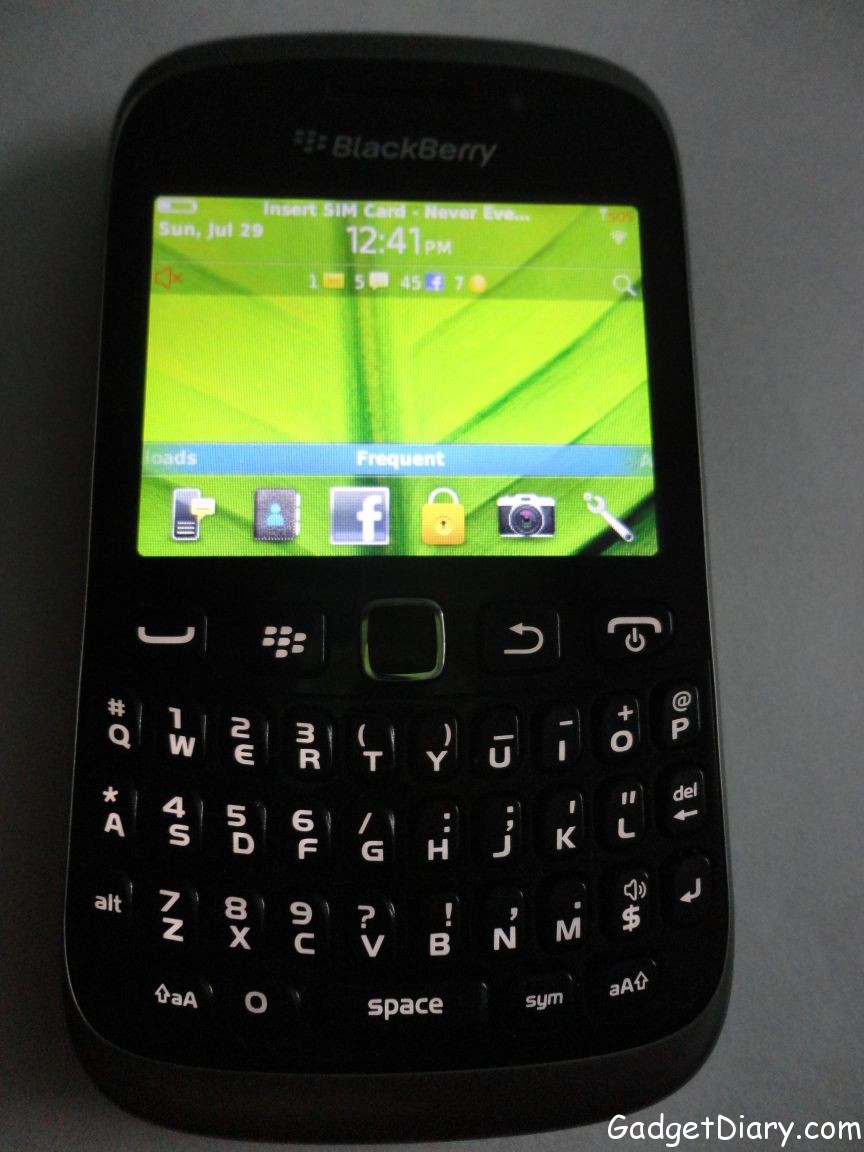 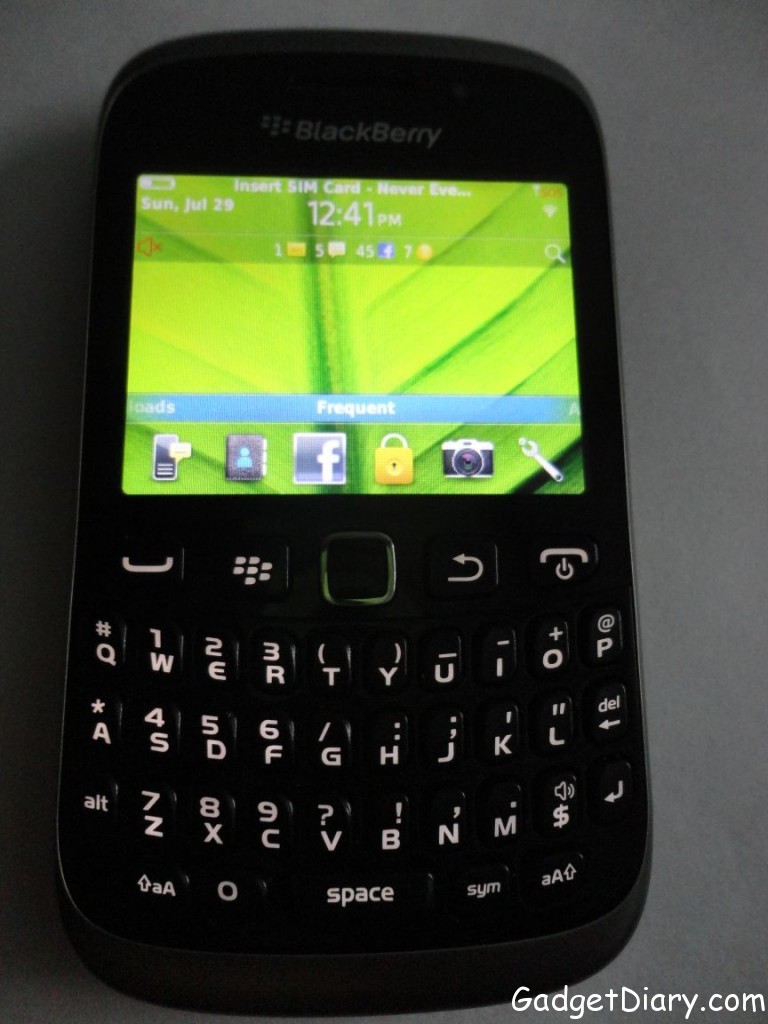 Curve9320 is one of the affordable mid-range devices from the Blackberry curve series. The device is expected to attract young group of smartphone users with its up-to date software and also with its new and latest design from the company. The device is priced at about Rs15000 and is available in e-stores like Flipkart.

Curve 9320 has a 2.44 inch TFT Display which has a resolution of 320×240 pixels. The screen is wide enough for viewing mails and for other professional or personal use and networking. Overall it has a decent display and you won’t face any problems while reading your emails or messages. The display is also suitable for watching videos and you won’t face any problem while watching the videos.

Curve 9320 looks exactly like its predecessor but has been given a new look with brushed metal tone. The device is quite slim and light weight. The device has its dimensions of 109x60x12.7 mm and it weighs about 103g. Curve9320 have a QWERTY keypad which is usually loved by the people who text a lot. The keys are well spaced which gives a smooth and comfortable typing experience. 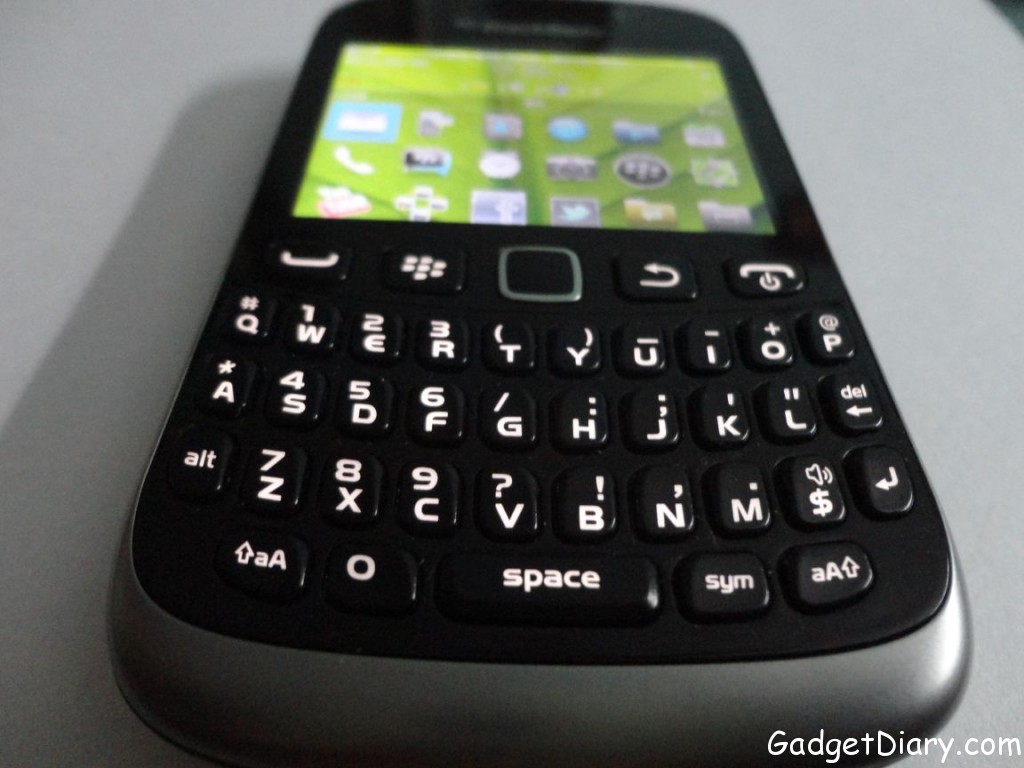 Just like other Blackberry phones you also get a touch sensitive optical track pad. On the left side of the handset you have a dedicated BBM key and micro-USB port. 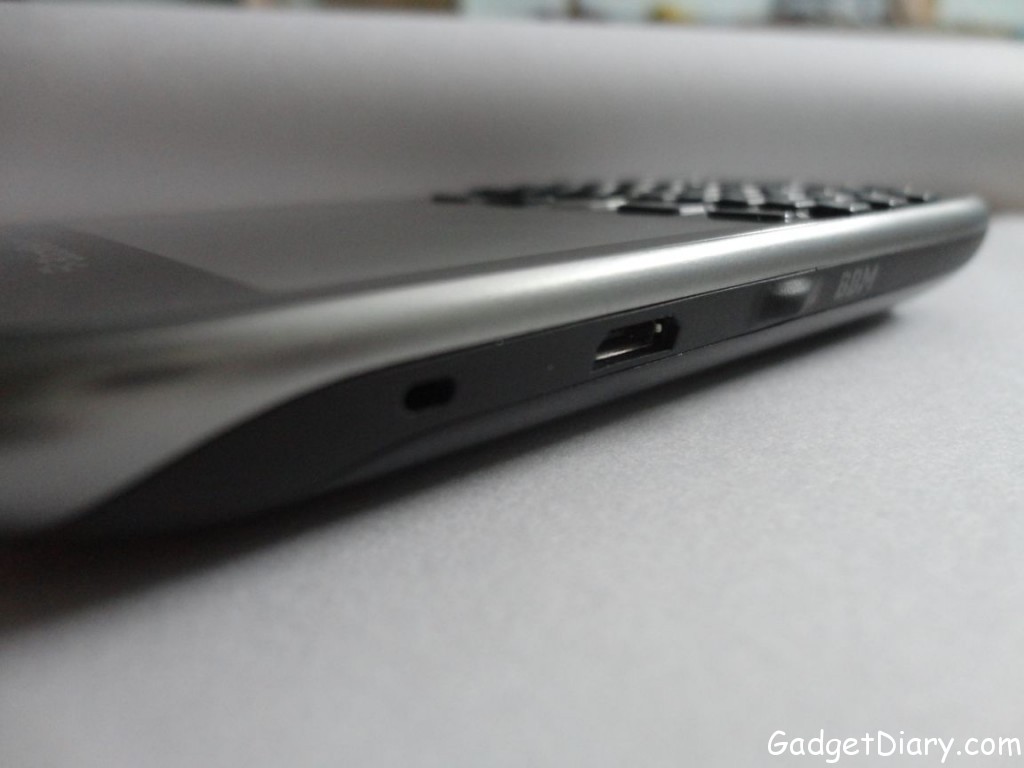 On the right side the curve 9320 has a dedicated camera key and Volume rocker. 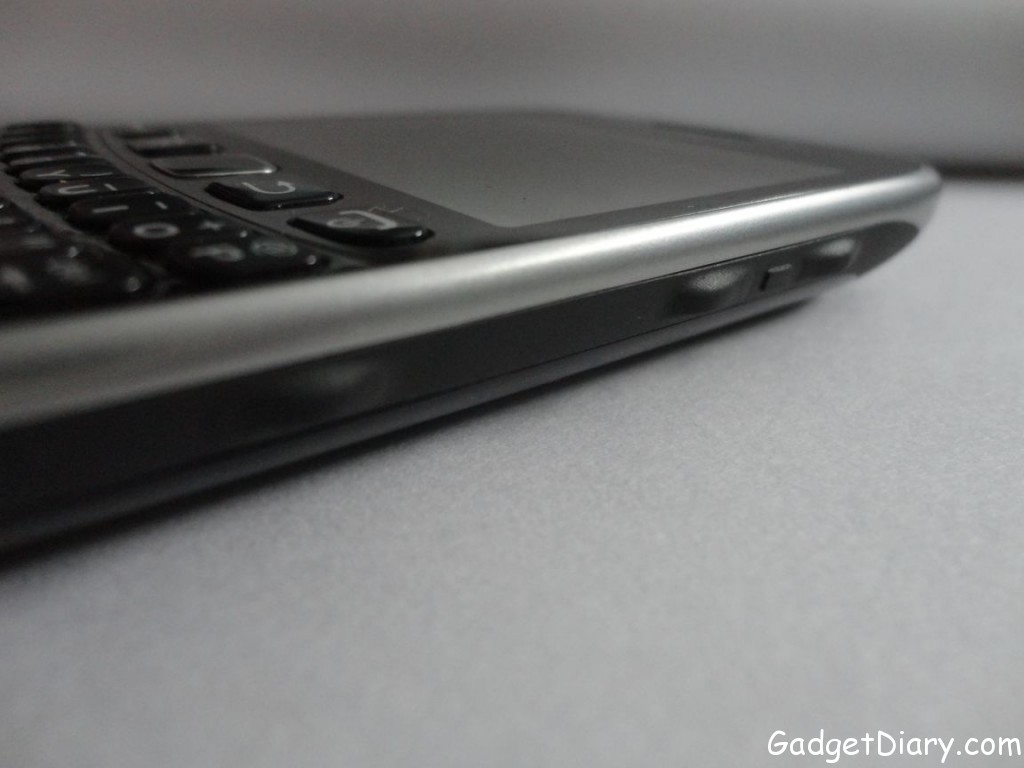 Speakers are present on the bottom edge of the phone. Sound quality of the speakers is quite decent and we were impressed by the speakers as they were louder than what we expected. 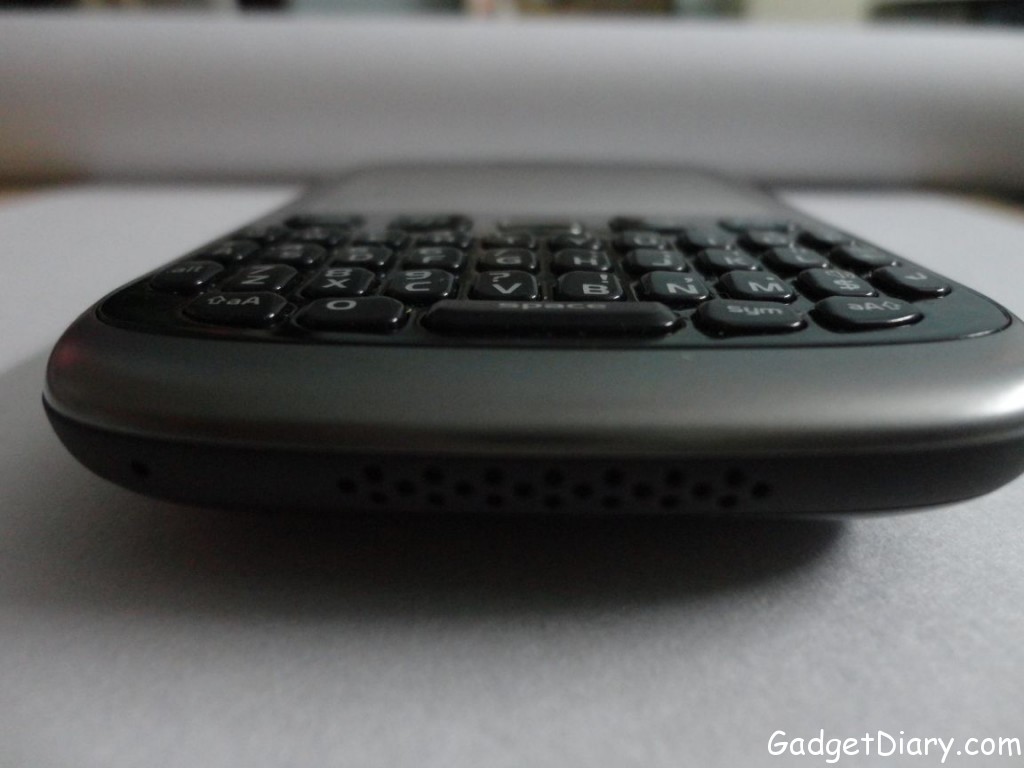 On the top edge we have a 3.5mm audio jack and a dedicated lock key. 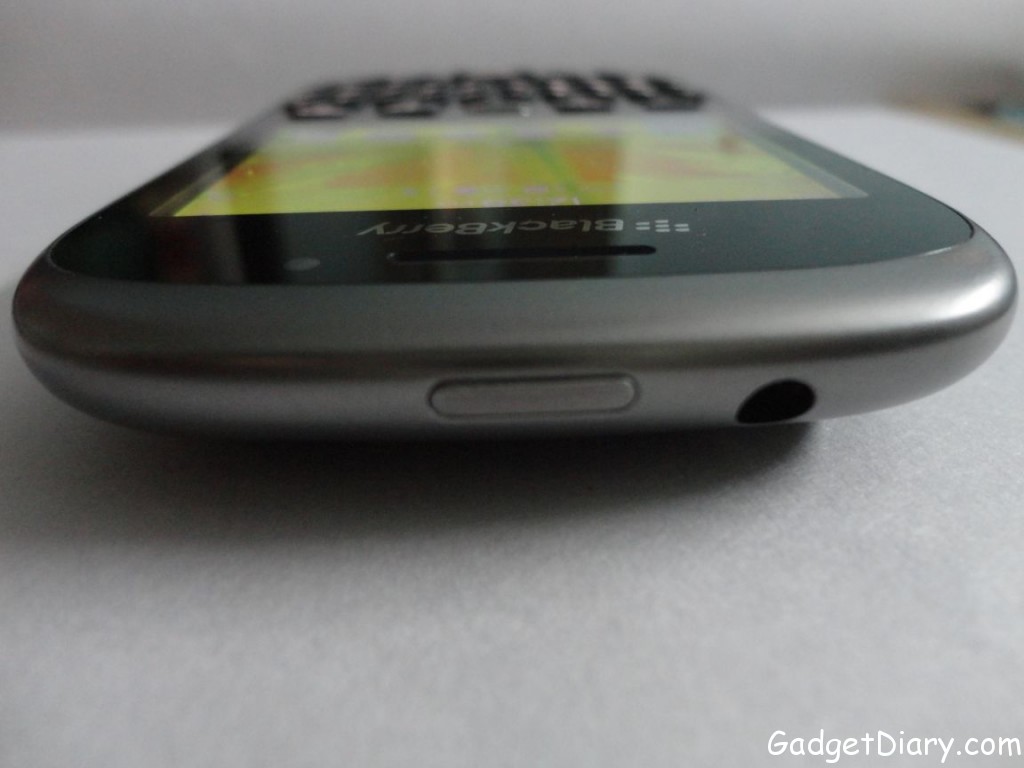 Curve 9320 as a decent camera which has the ability to record videos as well. The device has a 3.15 MP rare camera which captures images at 2048×1536 pixels. 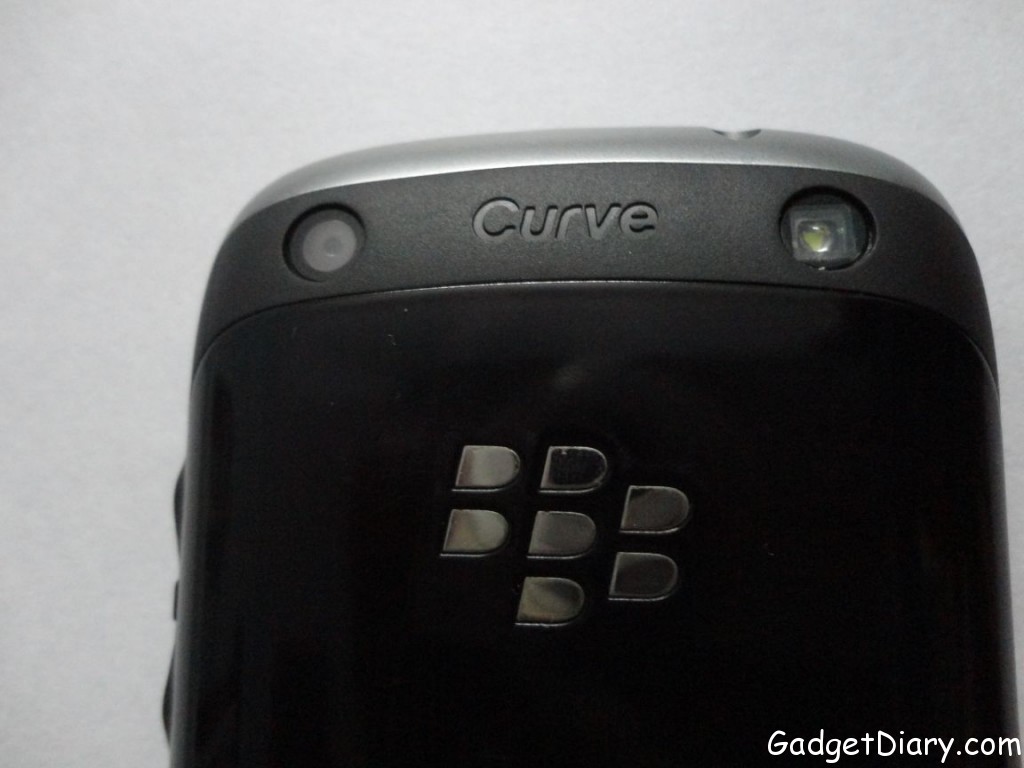 We tested the camera in both normal light and low light conditions. Here are 2 sample images taken using the curve 9320 camera in day light(left) and at night(right).

The device also has an LED flash for better image quality in low light conditions. The flash is quite powerful and the right sample image above was captured at night using 9320’s camera. Curve 9320 does not have a secondary or a front camera and hence it does not support video calling.

The device supports an external memory card for data storage. Curve 9320 supports Hot Swappable microSD card of up to 32GB storage space. Hot swappable means you don’t need to turn off the device in order to change or take out the microSD card. 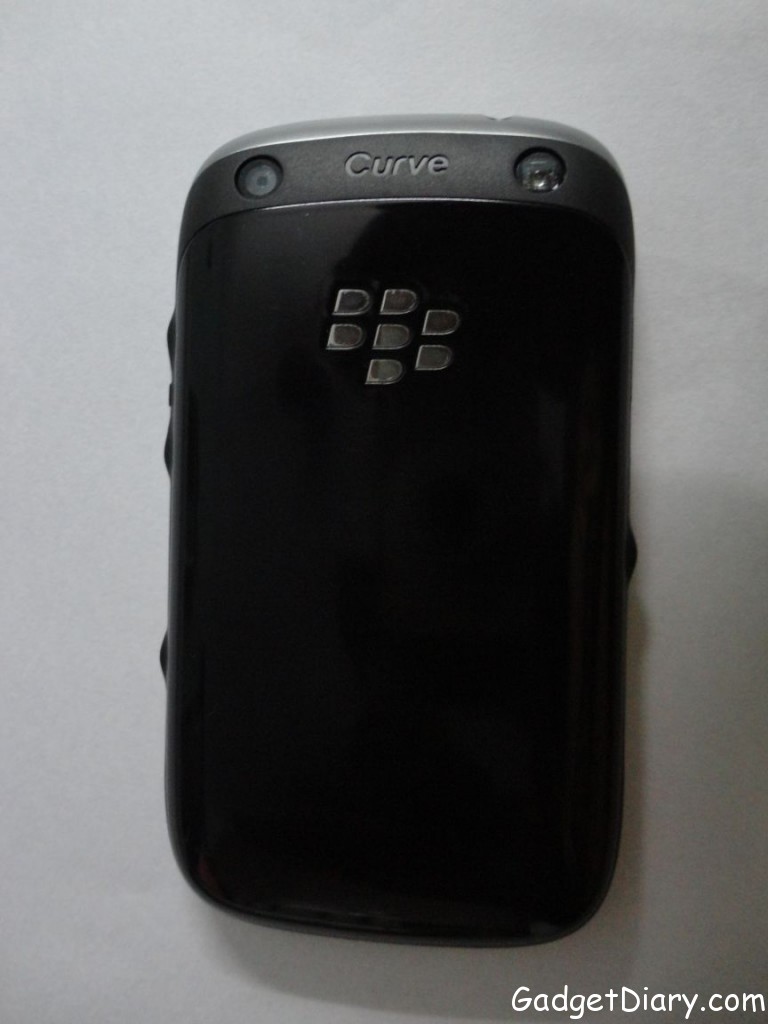 Curve 9320 has a standard Li-Ion 1450 mAh battery. The battery supports 432 hours of standby time and offers up to 7 hours of talk time. You can use the phone to play music for upto 30 hours. After fully charging the phone we played music on the phone for around 4-5 hours, browsed the internet on 3g for around 2 hours and made few calls and still at the end of the day there was nearly 50% battery left in the phone. So overall it has a great battery backup.

BlackBerry Curve 9320 is a great BlackBerry smartphone and the device has all the features which were missing from curve 9220 like 3G support and GPS. It is available at a price tag of around 15,000 INR which is quite high as compare to curve 9220. If you need a phone to enjoy BBM services and surf net on 3G then you should definitely go for this device.