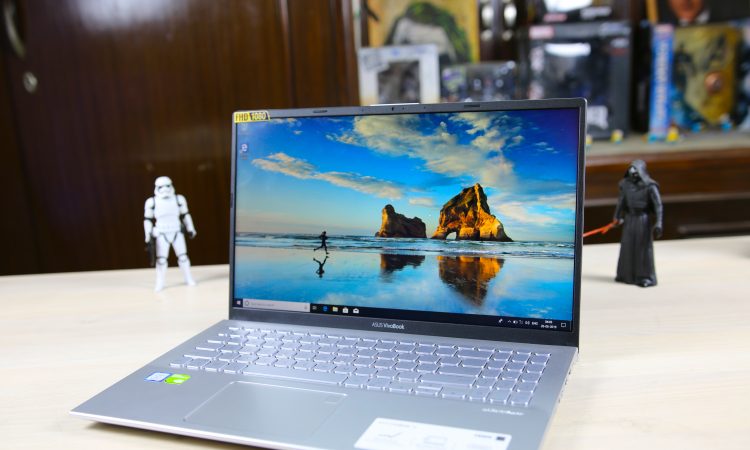 The Asus VivoBook line-up of laptops by the company brings a lot of high-end professional work power at a lower price. This price to performance ratio is very reasonable for any professional who wants a laptop that helps them do their work without any issues, on the go.

We have the Asus VivoBook 15 and specifically the X512FL model that brings a lot of amazing specifications at a really good price. Let us start the review by first taking a look at the laptop’s specifications.

As you can see, the laptop comes with enough horsepower to easily handle day to day professional tasks that might include using Microsoft Word, Excel or other productivity programs. Other than that, the MX250 makes sure that it can handle the Google Chrome hardware acceleration that won’t make web browsing sluggish even when you’re not charging.

Asus does what hardly any other manufacturer does out there today. In the era where less SKUs of your model mean easy profits, Asus is going the extra mile to provide products in different colors and choices which makes them different.

The laptop build is solid and it hardly has any flex to it anywhere, even on the screen. The body of the laptop can vary as per the color choice you go for, but it is uniform throughout the laptop. 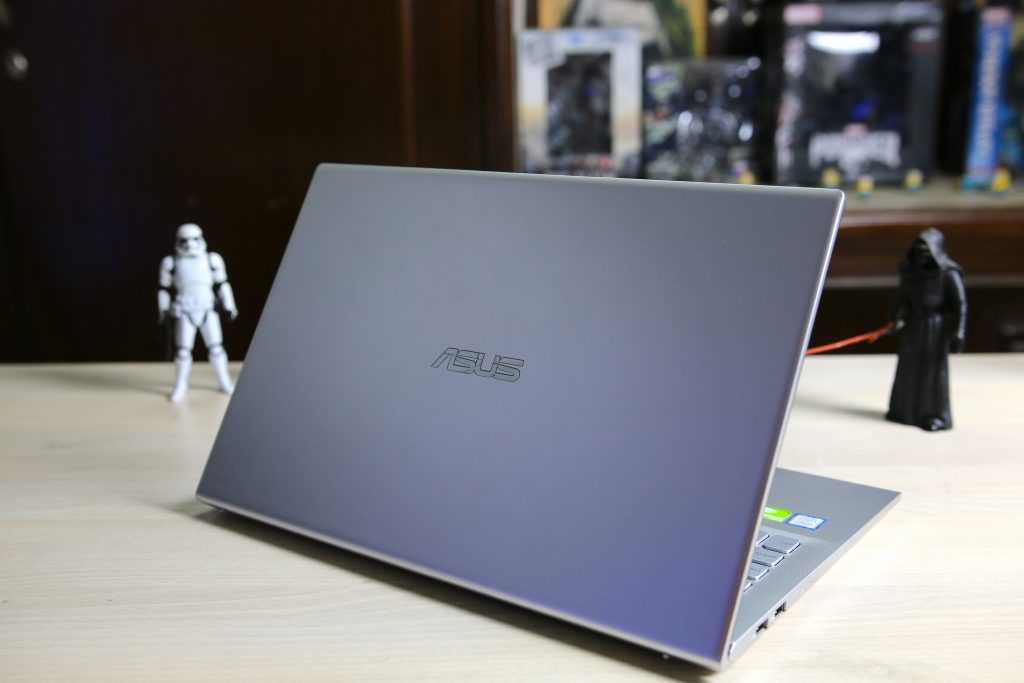 As soon as you open the lid, you will be greeted by the 15.6-inch display which has very small bezel with a thickness of just 5.7mm. You will also see the keyboard that has the extra num pad with number keys and the trackpad is set a bit to the left to keep it aligned with the keyboard. The trackpad also houses the fingerprint sensor which could have been placed on the power button. 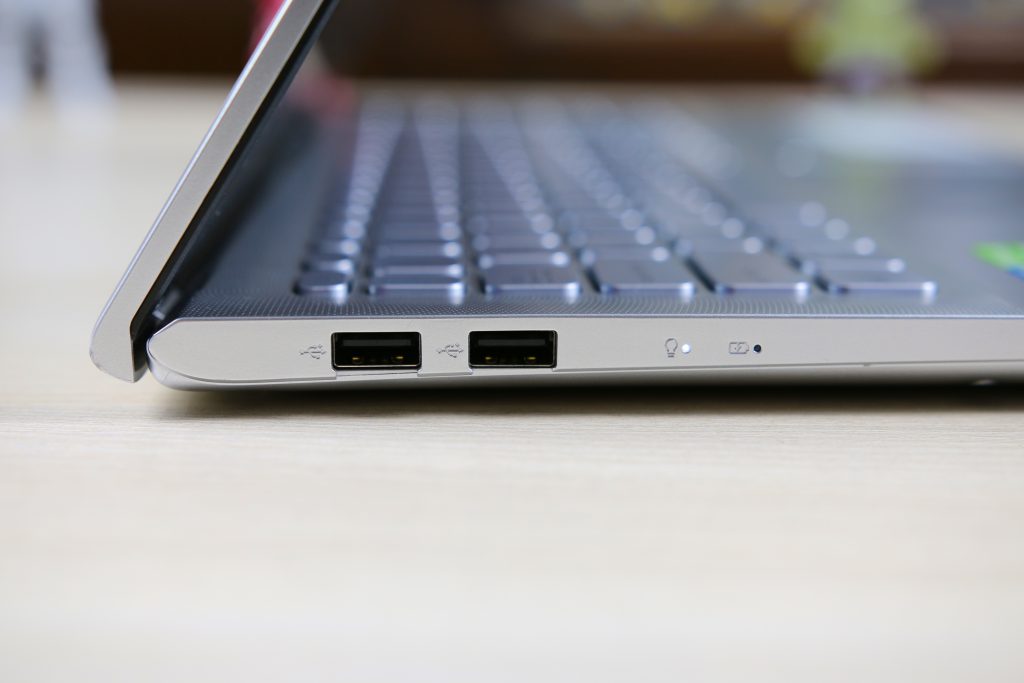 Coming to the ports, you have two USB 2.0 type-A ports on the left side of the laptop while the right side houses the 3.5mm combo jack along with the USB 3.0 Type-A port and the HDMI port as well. You will also find the USB Type-C port which does not support Thunderbolt 3. 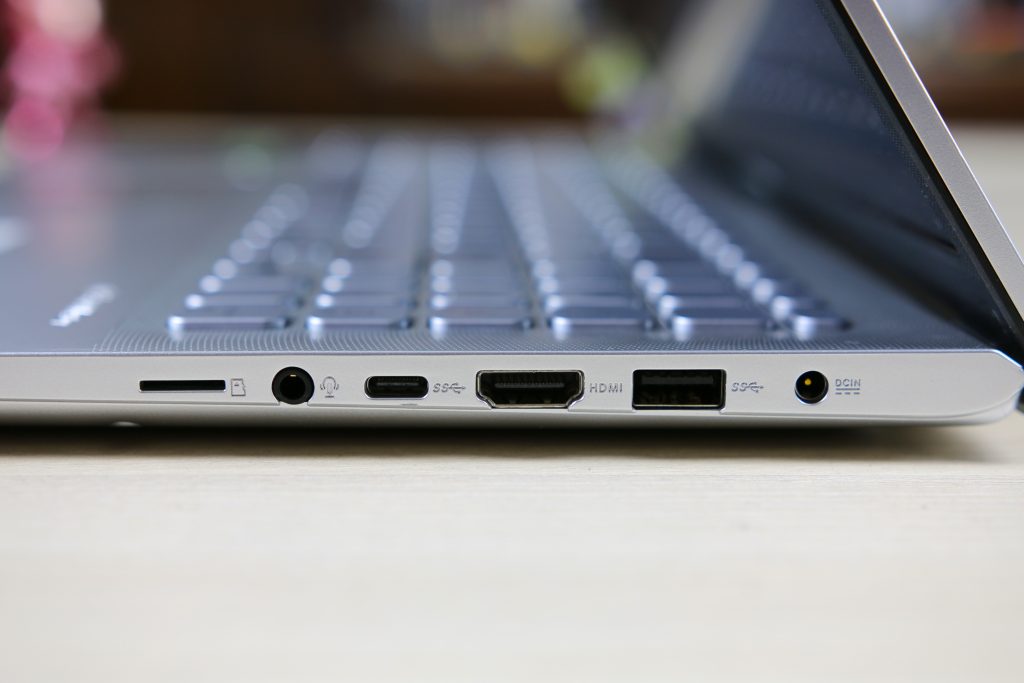 Turning the laptop upside down reveals the back of the laptop which has ventilation areas along with speaker grills as well. As you open the lid, you will see that the laptop lifts up and this is what Asus calls ErgoLift. 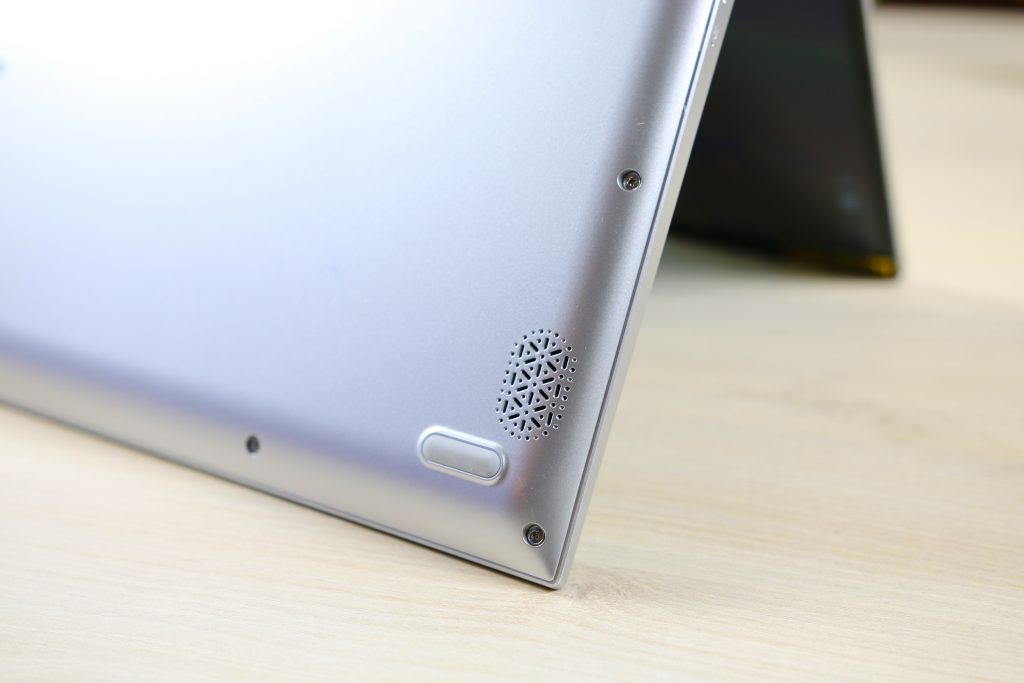 Asus VivoBook 15 has a 15.6-inch LED display with an aspect ratio of 16:9. Asus is calling this the NanoEdge display, which as per the company, gives a bezel-free-like experience. The screen to body ratio on this laptop is 88% which is quite nice. Not only does this make the laptop more compact even with the 15.6-inch display, but it also makes sure that the laptop weighs less. 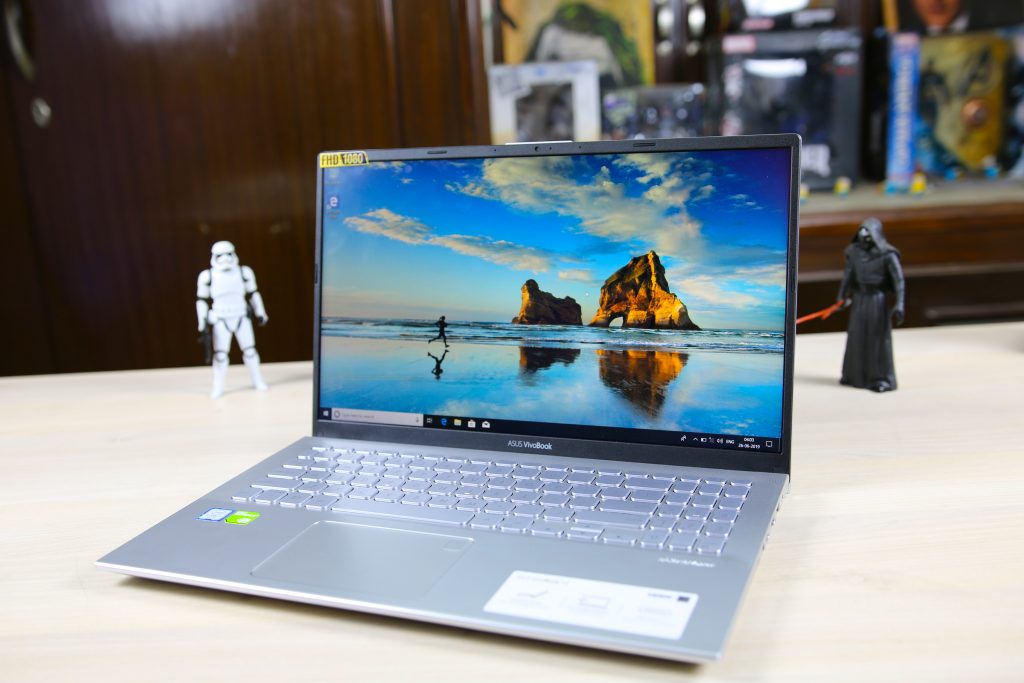 You will find the HD Webcam above the display hidden in the 5.7mm bezel. Apart from that, the display looks fine but it would have been better if Asus used an IPS panel which would also make this a great media machine on the go. But, the addition of Anti-glare does make things a lot better.

The laptop is quite interesting since you might expect that Asus would go for the 9th-gen line-up from Intel processors but we all know that the prices for those are way up. To keep things in the budget, Asus has added an Intel Core i5-8265U Quad Processor. The base clock of this processor is 1.6 GHz but under certain load conditions, the processor can turbo boost up to 3.9 GHz for a short burst of time to keep the processing power uniform.

Asus had to implement a good cooling system to cool down this CPU at the times of turbo boost since this processor will generate heat under load. The cooling system also efficiently cools down the MX250 GPU which can also get hot under load. 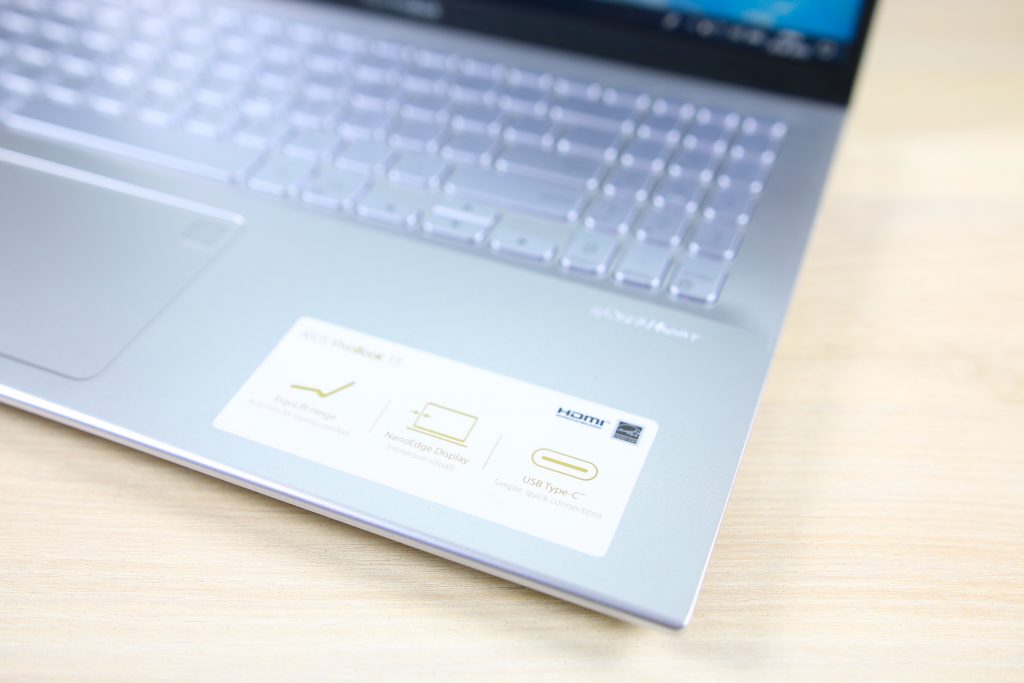 The NVIDIA MX250 is just an overclocked and revised version of the older MX150 GPU so it doesn’t really bring anything new in terms of generation-based performance increase so the GPU works just fine. It can play games such as Fortnite easily at 60-75 FPS and the PUBG on Tencent Emulator also works fine without any issues or lag.

The addition of the GPU also helps other programs such as Google Chrome, Firefox, Microsoft Word, Microsoft Excel in a huge way. A lot of these programs rely on the extra horsepower provided by the GPU to perform and work well. This is exactly why Google Chrome will run fine on older laptops with a GPU while old laptops that have an embedded GPU in their processor don’t work so well and will lag, a lot. 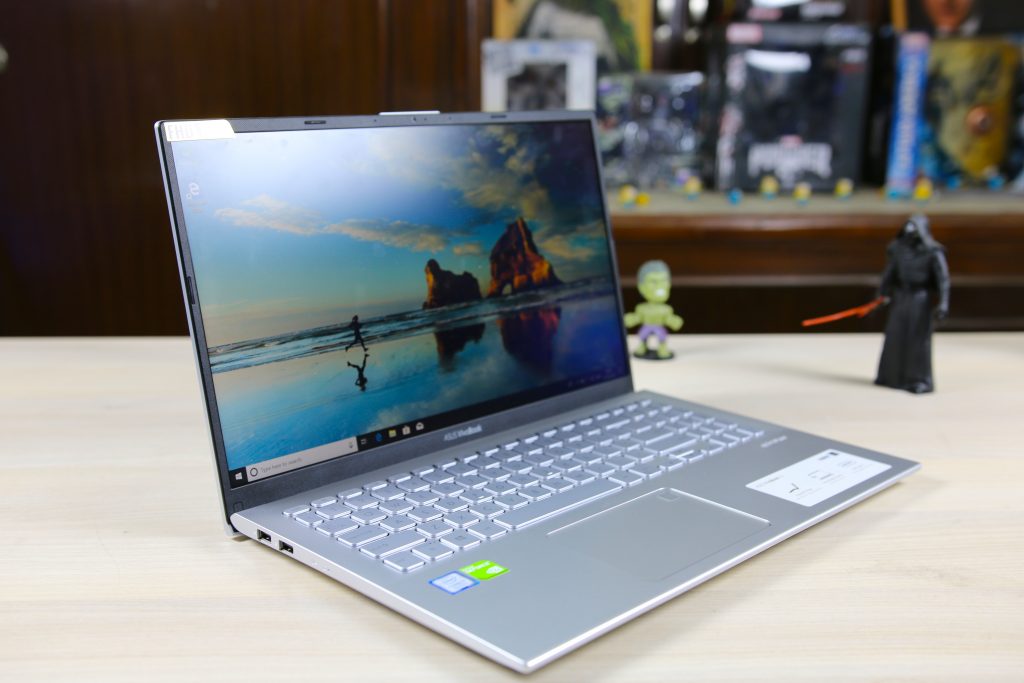 Asus VivoBook 15 comes with options from a mechanical hard drive or a PCI-e NVMe m.2 SSD interface for storage. The model that we have with us, the X512FL relies on the PCI-e NVME SSD for storage.

By default, you get 512GB of storage but this storage lets you access the apps super fast. Apps open really fast, Windows starts up in seconds and the annoying thing Windows does on laptops with mechanical hard drives when you put it to sleep? That’s gone too. Having an SSD completely changes the way Windows works and Windows 10 especially is a great OS to use on this setup.

Coming to the memory, you get 8GB RAM out of the box but the laptop does allow you to add up to 16GB RAM which means you can add an extra stick of 8GB to enhance the performance in the future.

The keyboard on this laptop is a pleasure to type on. Not only are the keys comfortable to type on, but they also have some good feedback while you’re typing on it. Yes, it will take a few days getting used to if you are switching from some other brand but other than that, it is great! It is also backlight illuminated so you won’t have to find your keys in the dark. This keyboard is a thousand times better than the MacBook’s keyboard. 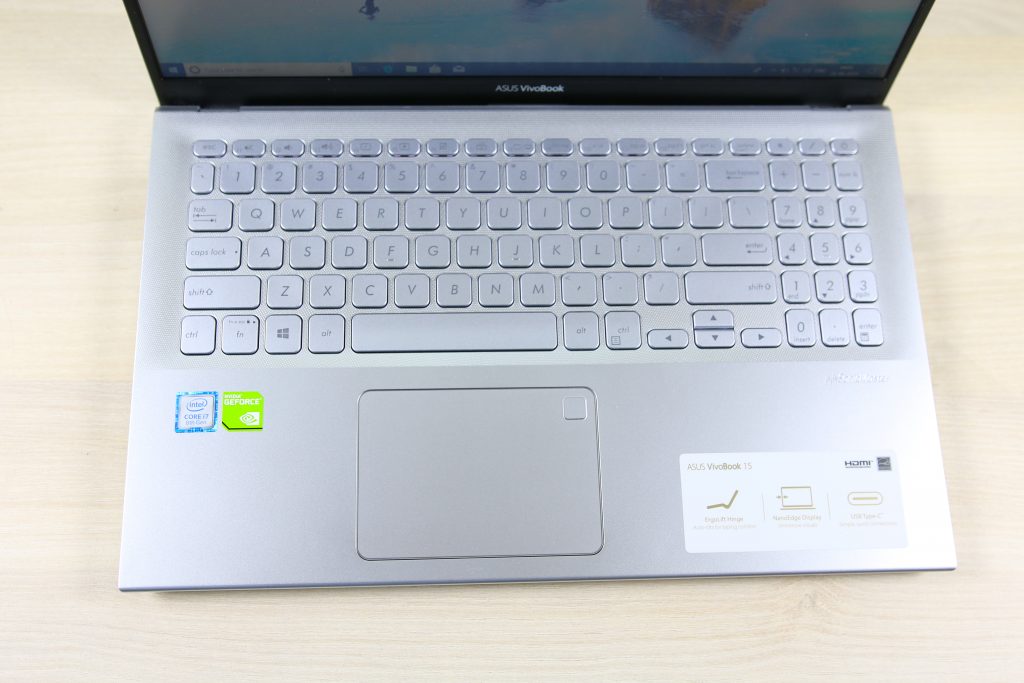 Now, coming to the trackpad, Asus is using its own Asus Smart Gesture drivers of this so you can expect the experience to be a bit similar to what you might get with Windows Precision Drivers. But it does add a lot of functionality which you might definitely like. 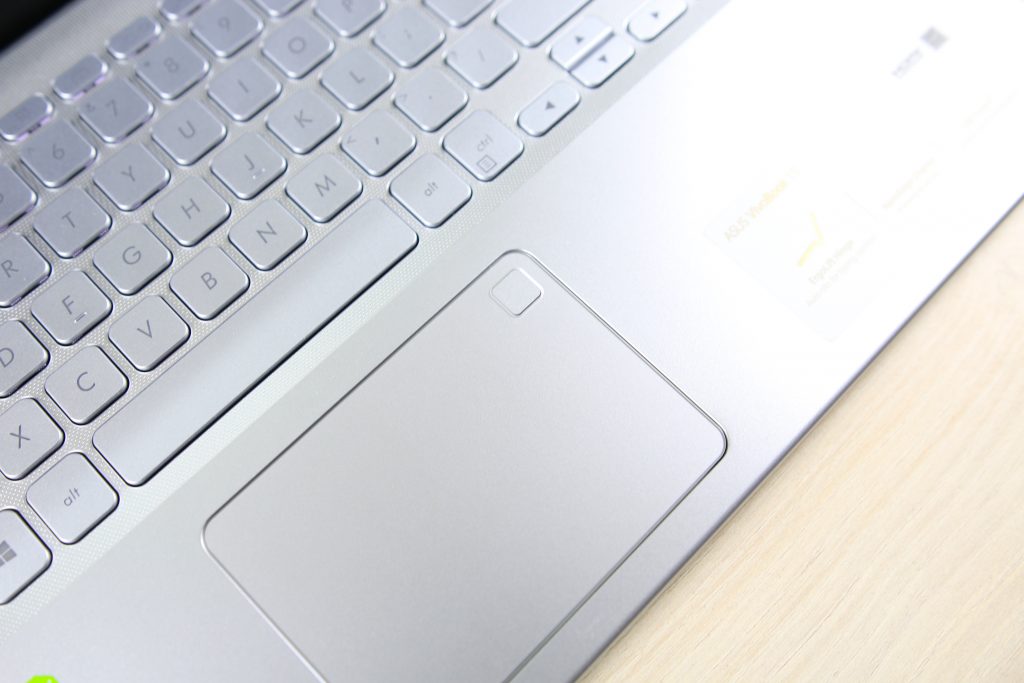 The laptop also supports Windows Hello via the fingerprint sensor inside the touchpad. This will let you unlock your laptop with the use of your fingerprint just like you do on your phone. This laptop is an amazing mix of an appropriate set of components in a package that is very affordable. On Asus’s website, the laptop’s starting price is Rs. 55,990 which is a great price if you compare it with other options available in the market. This is a great machine for anyone looking to buy a new laptop, it can handle most of your needs except heavy gaming or video editing.

ASUS VivoBook 15 is a great machine for anyone looking to buy a new laptop, it can handle most of your needs except heavy gaming or video editing. 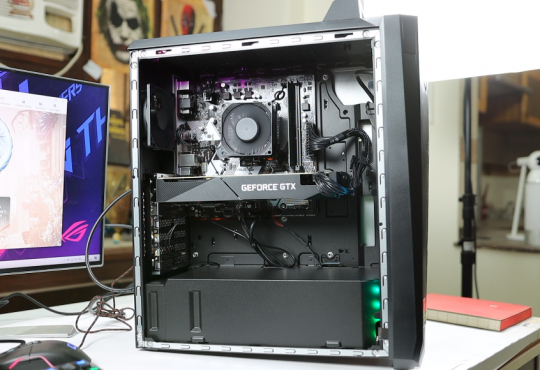 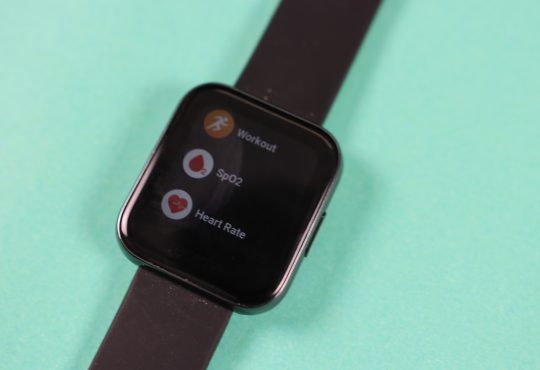 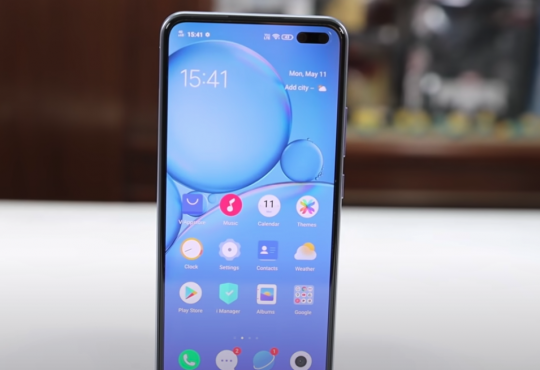 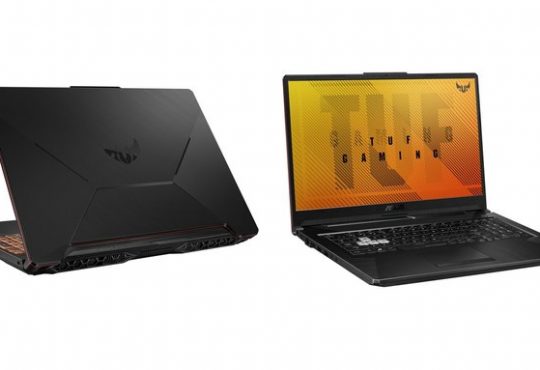