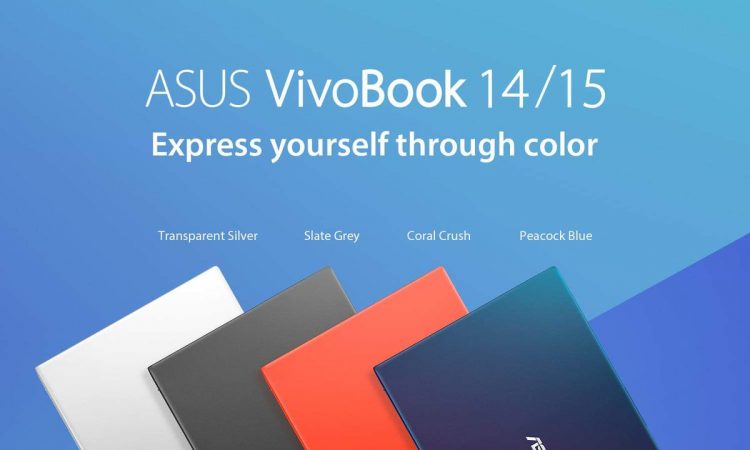 ASUS is seemingly on a laptop-launching spree. A couple of weeks ago it launched the ASUS ZenBook 13, 14, and 15 along with the ZenBook Edition 30 at Computex 2019 followed by the launch of the ASUS TUF FX505DT and ASUS FX705DT gaming laptops in India earlier this month. And now the Taiwanese company has introduced two new laptops expanding its VivoBook lineup in the country. The two new laptops are dubbed as the ASUS VivoBook 14 (X412) and VivoBook 15 (X512).

Sticking to the brand’s promise of high performance and portable machines, ASUS VivoBook 14 and 15 have 19.5mm profiles and weighs 1.5kg and 1.6kg respectively. The 14-inch VivoBook 14 and 15.6-inch VivoBook 15 come with frameless four-sided NonoEdge displays with a respective screen-to-body ratio of 87% and 88%. It not only ensures immersive viewing but also adds to the compactness of the devices for convenience and portability.

Armed with the proprietary ASUS True2Life Video Technology both the laptops enhance the clarity, color, and contrast of the videos much like that of the high-end televisions.

In terms of internals, the VivoBook 14 and 15 are powered by up to 8th Gen Intel Core i7 processor paired with NVIDIA GeForce MX250 discrete graphics and up to 512GB SSD and 1TB HDD dual-storage. The devices support Bluetooth 4.2 and dual-band Wi-Fi 5 802.11ac that lets the speed go up to 867Mbps, 6x faster than the 802.11n. This results in smooth web-surfing and seamless video-streaming. 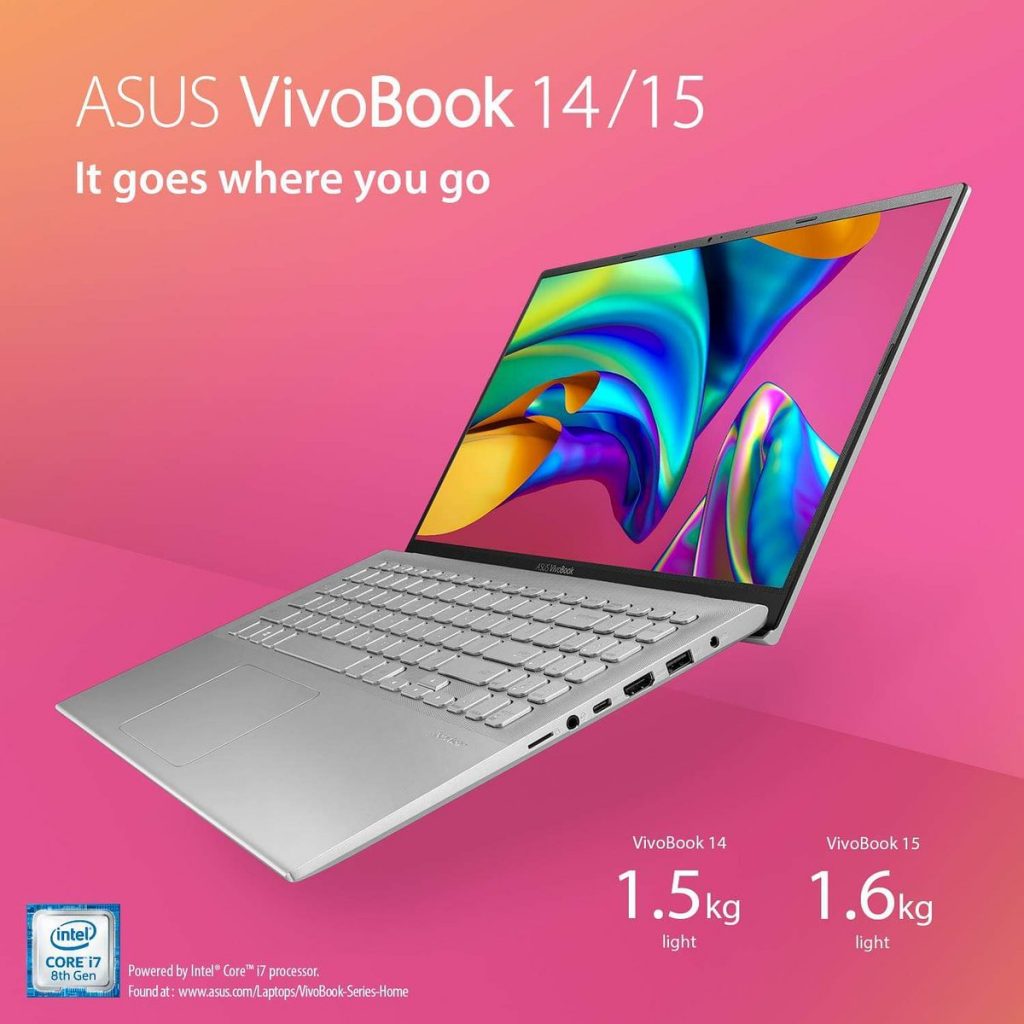 The ASUS ErgoLift hinge in both the laptops allows a natural and comfortable typing position as it elevates the keyboard by up to 2-degree whilst keeping the display steady. The large touchpad supports Windows 10 gestures including the multi-gesture input that helps in easier switching of apps or screens as well as supports handwriting recognition to input text and digital signatures. The fingerprint log in via Windows Hello is secure and blazing fast.

Both VivoBook 14 and 15 are backed by a dual-cell 37Whr lithium-ion polymer battery unit claimed to last up to 10 hours of usage on a single charge. Further thanks to fast charging support, the battery can be refilled up to 60 percent in just 49 minutes.

The laptop duos include an array of ports including USB 3.1 Type-A, USB Type-C, HDMI output, an audio combo jack for headphones and microphones, and a microSD card reader. And for cooling, the laptops feature a blower style cooling design with air channels built into the chassis. The fans draw in adequate air to cool off both CPU and GPU for optimum performance.

Both the VivoBook14 and VivoBook 15 are already listed on Flipkart for sale. While the VivoBook is priced initially at INR33,990 the VivoBook 15 starts at INR55,990. Both the laptops are available in Slate Gray, Transparent Silver, Peacock, and Coral Crush color options to choose from.