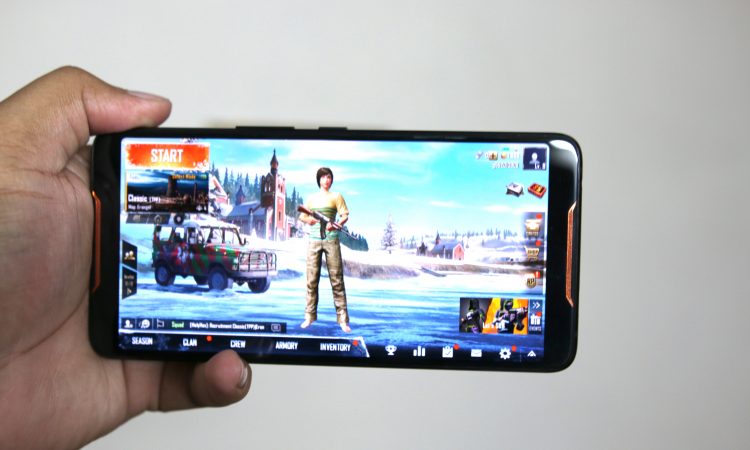 Gaming phones have made a new niche for themselves for people who specifically want a phone for gaming purposes. Android has evolved into a great platform where one can easily download games from the Play Store or even sideload them to play on their smartphones. Games such as PUBG, Fortnite etc. have taken over the gaming scene especially in India where people seem to be having a lot of interest toward these games.

The Asus ROG Phone was launched by the company specifically as a smartphone built for gaming. Not only does Asus ROG phone perform really well, but Asus has also added a whole ecosystem of accessories to go with the smartphone. Let us check the real-life performance of the Asus ROG Phone in this review.

The Asus ROG Phone has a modern gaming design with all the modern smartphone features. It has an 18:9 display in the front along with a set of stereo speakers. The front also carries the front-facing camera along with all the important sensors such as a proximity sensor along with an ambient light sensor as well.

Turning the phone around reveals the back that has an RGB logo for Asus ROG and a fingerprint sensor as well. You will also find a dual camera set up on the back along with an LED flash. On the right side, the phone has the volume rocker along with the power lock and unlock buttons. 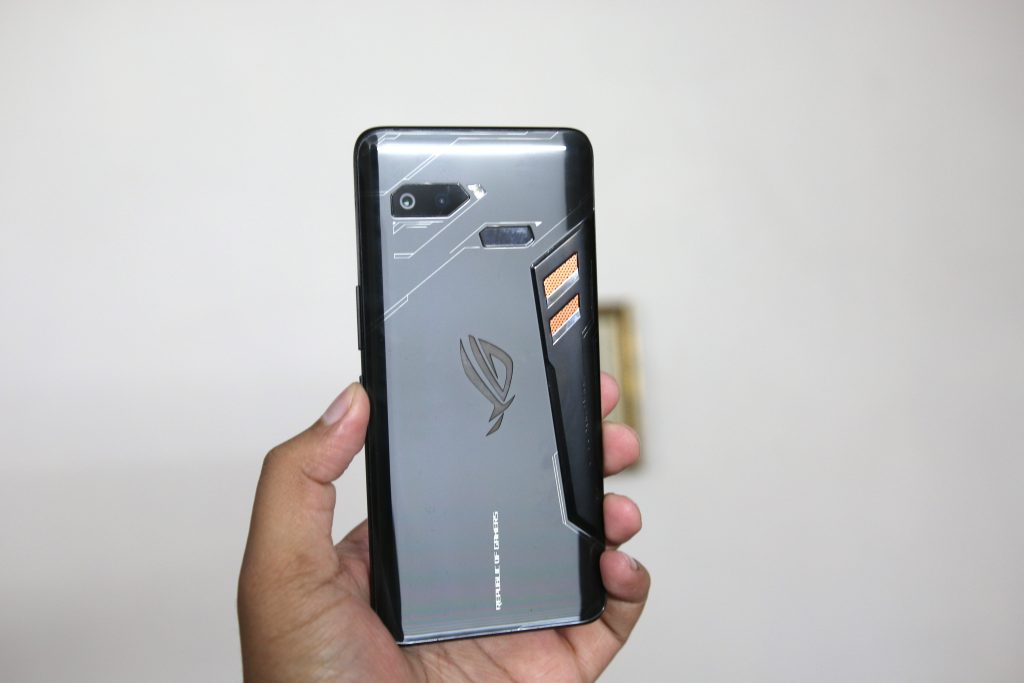 The left side of the phone is quite interesting as it carries a SIM tray along with a set of two USB Type-C ports that will be used to connect accessories to the phone. The bottom of the phone has a USB Type-C port for charging and data sync along with a 3.5mm audio jack. There’s also a microphone on the bottom. Coming to the top of the phone, things are pretty much basic on the top and it doesn’t really house anything significant.

The build quality of the phone is one of the best among the smartphones out there and even the design, even though it is a bit gamey, is still quite good looking and the RGB logo for ROG at the back definitely makes it look great.

The display being used on the Asus ROG Phone is a 6-inch AMOLED display. The display has a screen to body ratio of about 76.8% and it has an aspect ratio of 18:9. The resolution on this display is 1080 x 2160 pixels which convert to a pixel density of about 402ppi. It is protected by a Corning Gorilla Glass 6 and covers 108.6% of the DCI-P3 color gamut. 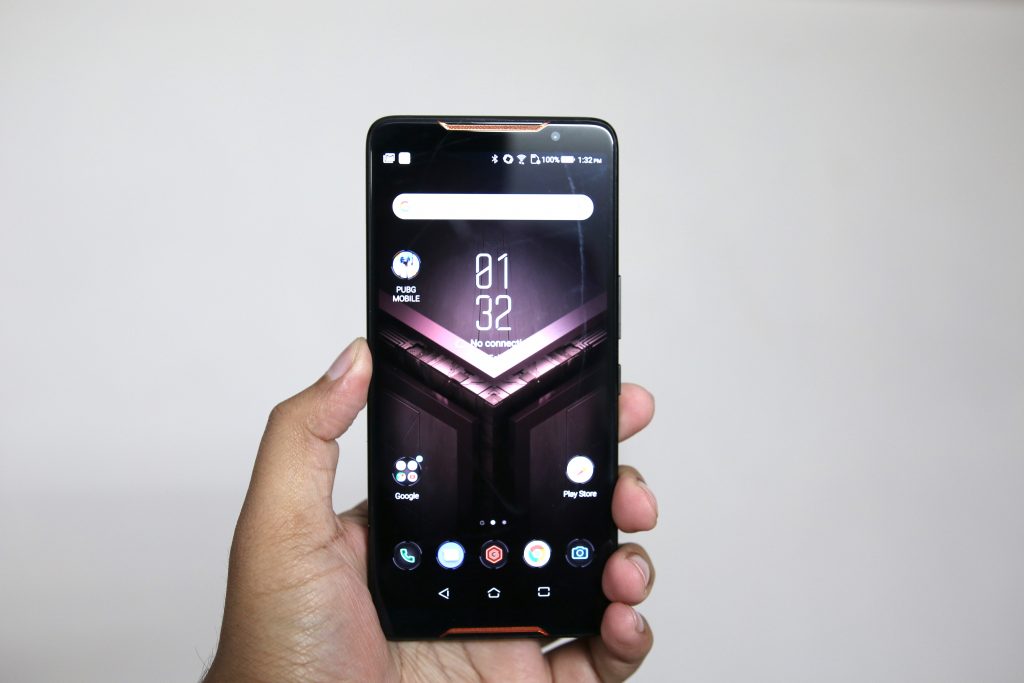 It is also interesting to note that the phone supports HDR and also have a high refresh rate of 90Hz which makes the animations buttery smooth and a pleasure to look at. The display can also render games in high fps which is a way better and immersive experience as compared to normal smartphones with a 60Hz refresh rate. As a software feature, Asus has also added the always-on display mode to take advantage of the AMOLED display.

Coming to the camera part of the phone, the Asus ROG Phone has a dual camera set up on the back of the phone which includes a 12 MP sensor with an aperture of f/1.8 and it has a wide 24mm lens as well. Asus has made sure to add 4-axis OIS along with dual pixel PDAF to this primary camera. Talking about the 8MP secondary camera on the back, this camera has no autofocus but it does have a 12mm lens.

Photos that were taken on the Asus ROG Phone through the rear camera set up came out to be quite good when being taken in daylight but the performance of the camera does go down once you take it out and shoot a few photos in low light environments. 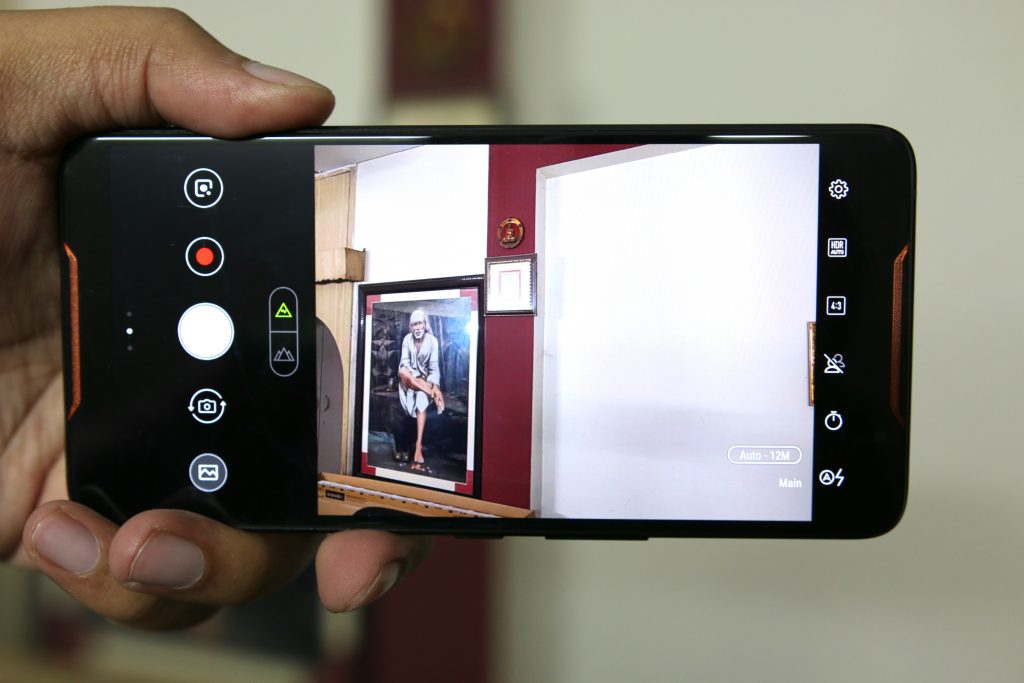 The selfie camera has an 8 MP f/2.0 sensor and it also has a 24mm wide lens so that people can take wider selfies which can include more people in the frame. Both front, as well as rear cameras, use HDR. The selfie camera is also good and performs well in enough lighting conditions but the performance again goes down a bit when photos are taken in low light.

Let’s talk about the under the hood components powering the Asus ROG Phone. The phone comes with a factory overclocked version of the Snapdragon 845 which is an octa-core chipset with 4 Kryo 385 Gold cores clocked 2.96GHz while the other 4 Kyro 385 Silver cores are clocked at 1.7GHz. You also get 8GB RAM to give the processor enough breathing space and for graphics processing, you have the Adreno 630.

The software on this phone is Android 8.1 Oreo out of the box and Asus has planned to upgrade it to Android 9 Pie soon. You will find Asus’ ROG Gaming X UI on this phone which is very similar to Zen UI but with a ROG skin. You won’t find much bloat on the phone which is always a good thing.

Asus has also added ROG Aura Sync so that you can control how the lighting on the ROG logo on the phone works. You can choose from any number of the RGB colors available to set an access color that you like.

Coming to the main point of the phone i.e. Gaming, the phone absolutely tears down any game out there and can perform extremely well. It handles games such as Fortnite or even PUBG quite well and these are very demanding games. It doesn’t even get that hot but Asus has included a cooling fan accessory that connects to the USB Type-C ports on the left side of the phone and cools the phone down while gaming.

The factory overclock applied on the processor seems quite stable and Asus is using Vapor chamber cooling to quickly cool the processor. As per the company, the phone is 60x more efficient for cooling the smartphone as compared to traditional methods. 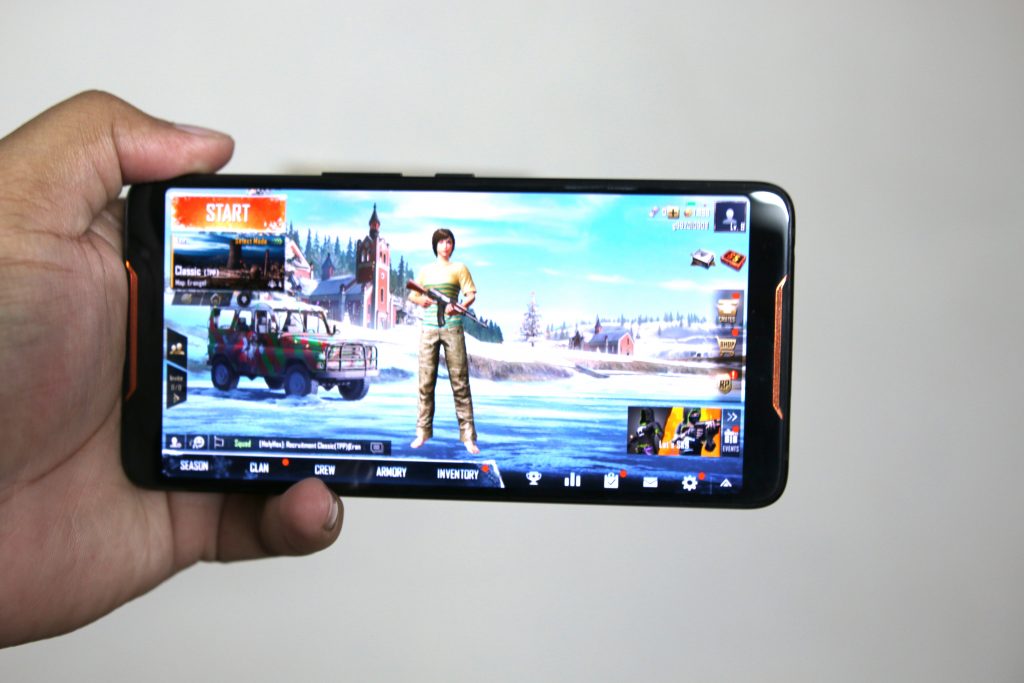 The first accessory is the Gamevice Controller that connects physically to the phone and turns the phone into a proper console with controllers. This is a great accessory built specially to provide better control over games to the users. Next comes the Twinview Desk that basically expands the functionality of the phone by adding an extra screen along with more triggers and battery. It will charge the phone while you’re gaming thereby giving you extra battery life.

Mobile Desktop Dock is another accessory that you can use to connect your phone to a monitor, mouse, and keyboard and use the ROG Phone as a central console for either gaming or productivity purposes.

At a price tag of Rs. 69,999, the Asus ROG Phone is definitely tough to recommend but keep in mind that the phone is targeted towards a very selected number of people who want a device that lets them game without issues or hitches. The ROG Phone is a cool concept and I really loved using it but the only thing pulling it back is the price. Since this is a ROG product, it is good to see Asus investing in the mobile gaming sphere as well. This is a great competitor for some good gaming phones in the future.