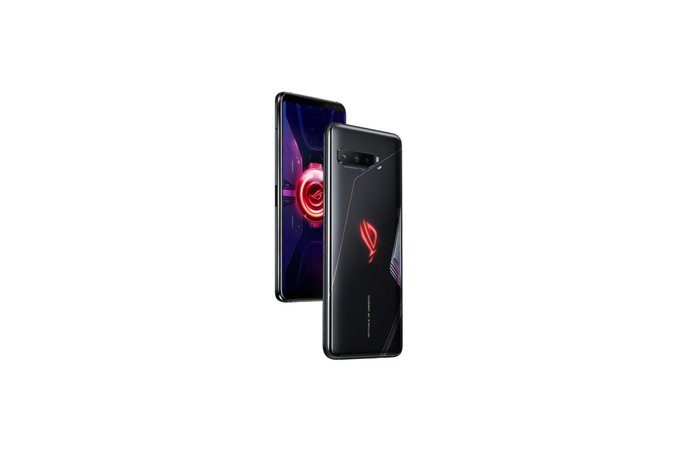 If you are a gaming enthusiast, the ASUS ROG Phone 3 (review) is arguably the best gaming smartphone you can buy. It comes with two variants- 8GB RAM+128GB and 12GB RAM+256GB. However, today the Taiwanese company has added another variant into the mix.

The India customers can now buy a 12GB RAM+128GB storage variant of the ASUS ROG Phone 3. The new variant will go on sale during the Big Billion Days sales on Flipkart starting October 16.

The new model, except for the new memory configuration, is precisely the same in terms of specs, features, design, and color that is Black Glare. 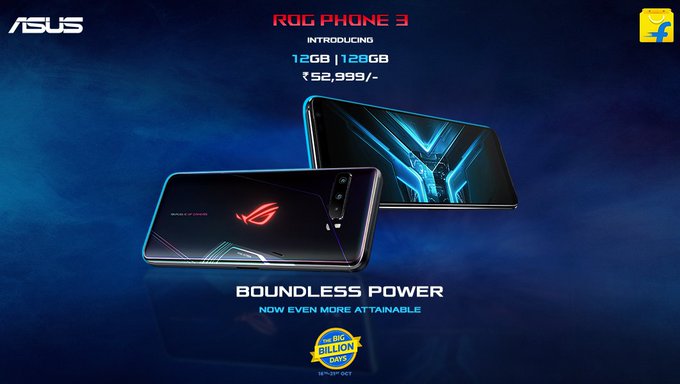 Gorilla Glass 6 is layered on the front while Gorilla Glass 3 protects the back of the phone. The phone has got an aluminum frame and an RGB light panel on the back. It also has pressure-sensitive zones as gaming triggers.

At its gut, the ROG Phone 3 has a 7nm Snapdragon 865+ octa-core SoC for power, coupled with up to 12GB RAM and 256GB internal storage without the expansion facility. It runs ROG UI with Android 10 as the base.

The smartphone is 5G compatible and supports dual-band Wi-Fi 6 and Bluetooth 5.1. Other notable aspects include under-display fingerprint scanner, DTS X stereo speakers, and two USB Type-C ports- one on the side and one at the bottom for optimal charging angles.