Amazon Echo Show 5 with a 5.5-inch display launched in India priced at 8,999 INR 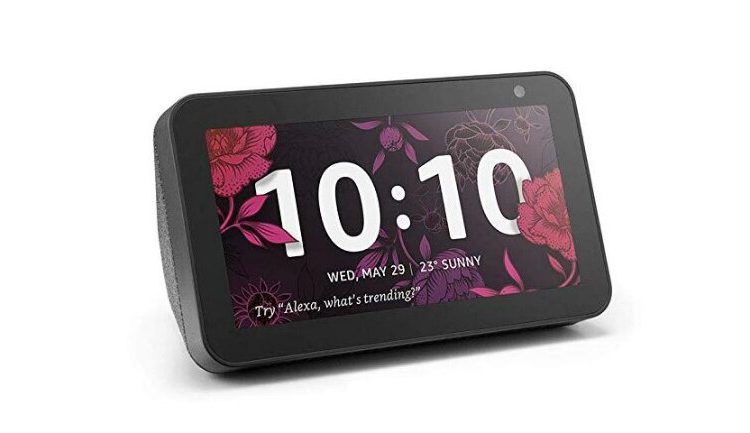 The Amazon Echo Show 5 is available for preorders on Amazon India with a price tag of INR8,999. The device will ship starting July, however. It will come in Black and White color options to choose from.

The Amazon Echo Show 5 features a 5.5-inch HD display (versus 10-inch display of the Echo Show) and is pre-installed with a 1MP camera with HD video recording capability. It measures 5.8×3.4×2.9-inches and weighs just about 410 grams. Due to its compact design, it seems it is geared towards the desk and bedside usage. The Echo Show 5 features round edges and a fabric finish design on top.

The Echo Show 5 for differentiation from other smart speakers comes with a shutter on camera with a dedicated button on the top. The other buttons on the top include two buttons for volume control and a couple for mics and camera. 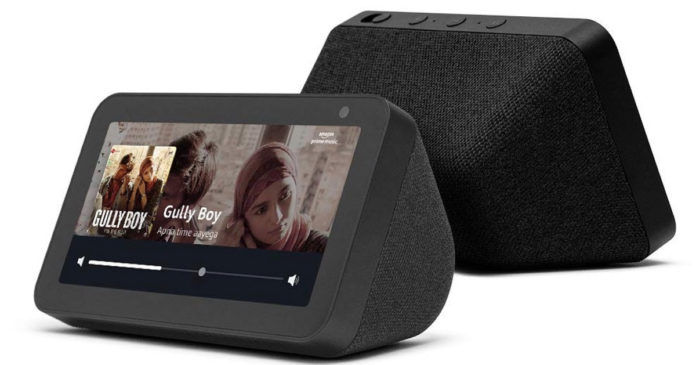 The Echo Show 5 is powered by a MediaTek MT8163 chipset mated to Wi-Fi connectivity. The device also supports Bluetooth Connectivity just like the Google Home.

For audio capabilities, the Amazon Echo Show 5 houses a full range 1.65-inch built-in speaker and 3.5mm stereo audio output which can be connected with external speakers via an audio cable.

Like other Amazon Echo speakers, the Echo Show 5 comes with built-in Alexa that let users stream shows and movies from Amazon Prime Videos, Hungama Music, as well as news clips from Aaj Tak and more. The users can also stream music from Prime Music, Gaana, and Saavan.

Video calls can be done through Amazon aoo or Skype. Other commands include setting reminders, receiving weather updates and more. Using the camera users can also monitor activities going on in their room. There is also an option to delete the previous commands and phrases for the user’s security. Nonetheless, this feature will be pushed out to all the Alexa-enabled devices soon.