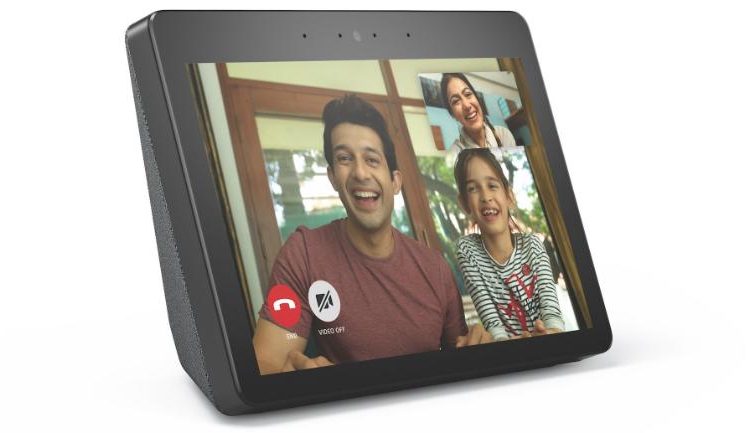 Amazon smart home product range in India has a new entrant. The Seattle-based e-commerce and tech juggernaut today announced the launch of Echo Show Smart with a proprietary virtual assistant, Alexa on board. The device comes to India months after it was first unveiled in October 2018 in the United States.

The Echo Show Smart is a second generation device with enhanced utility. It sports a minimalist fabric design and features a whopping 10.1-inch HD touch display as against a 2.5-inch round display of Amazon Echo Spot from last year.

The Echo Show is equipped with Alexa smart-speaker with Dolby support, enabling the users to listen to music from Amazon Music, Gaana, JioSavan and watch movies and TV shows from Amazon Prime Videos with an excellent rendition of sound with deep lows and sharp highs. 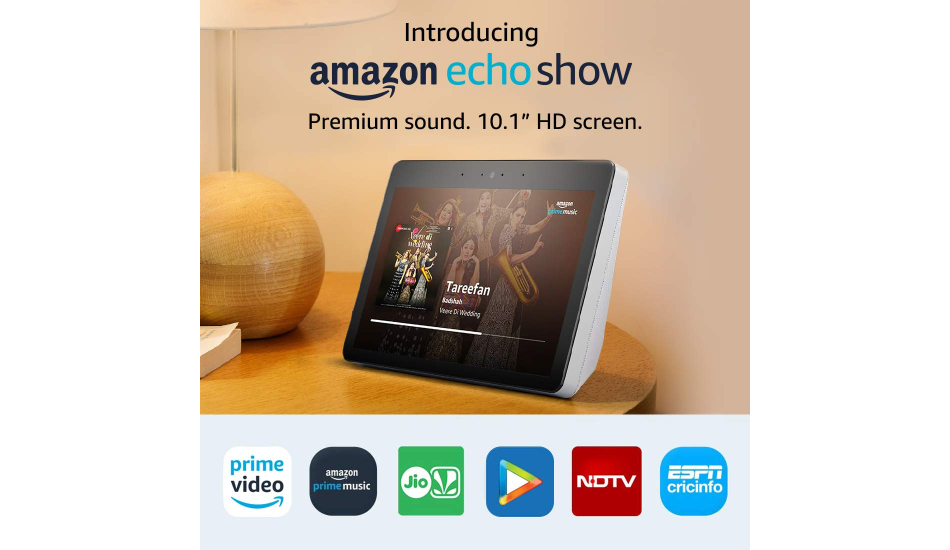 Also, the Echo Show can book cabs from Ola, get news and cricket updates, provide daily Horoscopes and teach an array of recipes. However, the Echo Show requires an active internet service along with constant power supply as it doesn’t have a battery on board.

The device is stuffed with eight far-field microphones which can smoothly distinguish between the ambient noise and human voice. For better sound output, the Echo Show is armed with dual Neodymium drivers with passive bar radiator as well.

Moreover, the Echo Show comes with a Zigbee smart home hub support for the users to interact with smart home devices. Up front, it mounts a 5MP camera for video chatting with users having the Echo Spot, Echo Show or a smartphone with Alexa app. 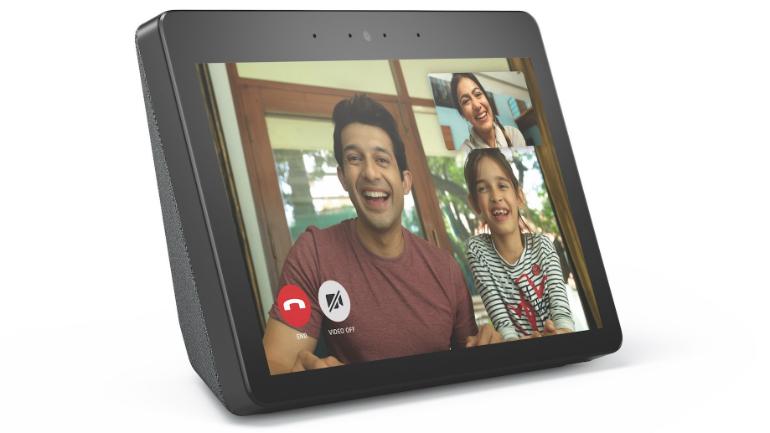 The Echo Show is almost a tablet fitted with Alexa speaker as it has built-in Silk and Firefox web browsers so that one can’t miss out on any moment of internet browsing. In terms of paint jobs, it comes in two options such as Black and White

The Amazon Echo Show is launched with a price tag of INR22,999 and is readily available on Amazon India and some select retail shops. To entice buyers the Echo Show Smart combines a free gift of Philips Hue bulb in package. Additionally, buyers possessing Citibank credit or debit card, can receive a cashback worth INR2,000 even on payment based on EMIs.