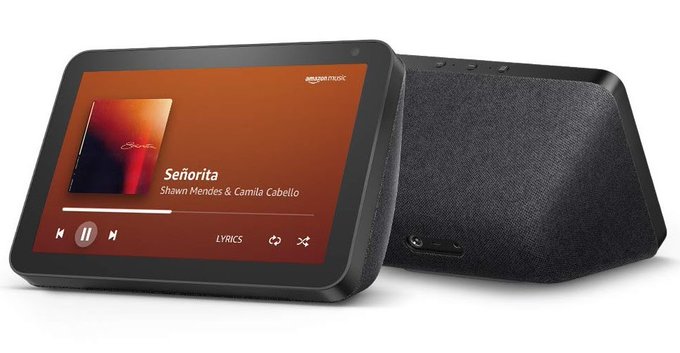 Amazon today launched a new smart display speaker in the Indian market, dubbed as the Amazon Echo Show 8. As the name suggests the device packs an 8-inch screen having HD resolution. The Amazon Echo Show 8 was first unveiled in the US in September last year.

The Echo Show 8 is, however, available at a reduced price of INR8,999 during the preordering phase which is currently going on at Amazon India. Shipping will commence from February 28.

The Echo Show 8 comes in two color options such as Charcoal and Sandstone. The device’s back is wrapped in fabric and wields a micro USB port, power connector, and a 3.5 auxiliary jack. There are two sets of side-firing stereo speakers, which Amazon claims are improved from the previous iterations.

The top of the Echo Show 8 has a volume increase/decrease buttons along with a mute button. The top also has a camera shutter for a 1MP camera mounted on the top bezel. This will take the anxiety away from the users who are concerned about their privacy. 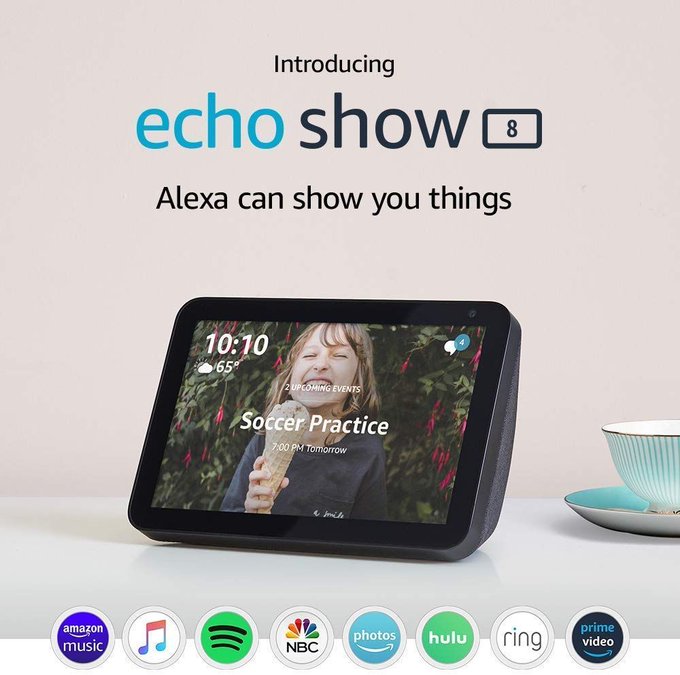 The Echo Show 8 supports dual-band Wi-Fi while on the inside is fueled by MediaTek MT 8163 processor.

The 8-inch HD display can be used for watching TV shows, videos, news briefs, sports highlights, listening to music, etc. The front-facing camera is for making video calls provided the other party has Skype, Alexa app, or Echo display devices as well.

The Echo Show 8 automatically and seamlessly connects to all smart home devices once they are set up. Good thing is that the device has over 30,000 skills in English while over 800 skills also in Hindi, giving relief to non-English speaking users.

If you are a housewife the Echo Show 8 will take care of your kids by playing animated nursery rhymes, making animal sounds, and also helping them to play knowledge games while you go around doing the household chores.

The Amazon Echo Show 8 is to lock horns with Google’s smart display speaker, the Home Hub, which comes with a 7-inch screen priced at INR9,000.